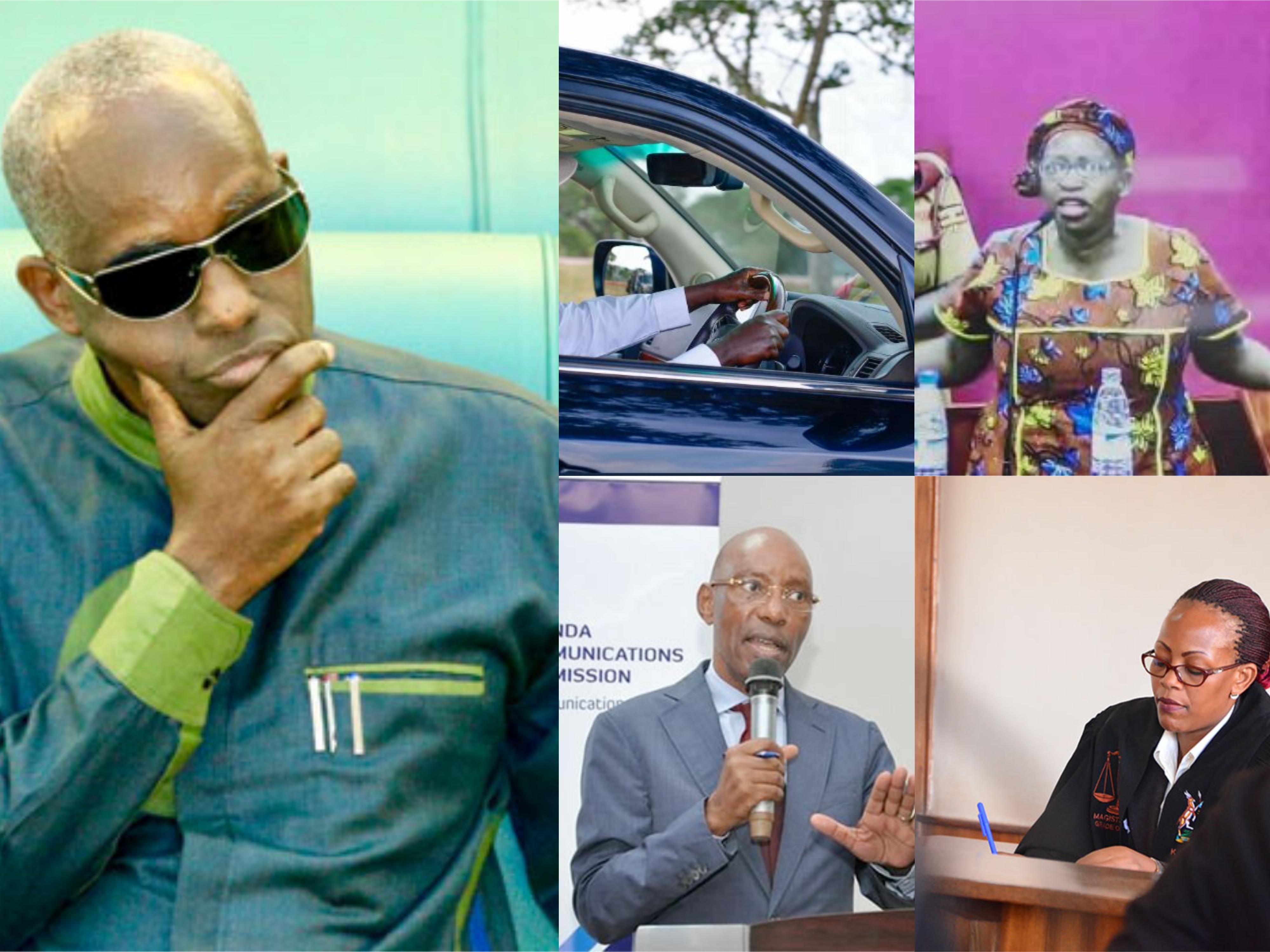 KAMPALA – President Yoweri Museveni this week reported himself in an ecstatic self-drive at his Kisozi ranch as he headed for a break after a gruelling countrywide tour touted “Operation Wealth Creation” but which opponents insist is an early presidential campaign.

Today (Wednesday), I have also driven to my country farm in Kisozi, Gomba District, where I will be looking forward to improving yields”.

Whether the president will soon announce a Cabinet reshuffle after the countrywide tour, is where speculation has shifted, dominating the week’s events.

Insiders have told this website that the President retreated to his ranch in Kisozi, Gomba District to put final touches on the reshuffle that is expected to come up with surprise faces after a series of meetings.

In other news, influencers on Uganda’s social media and others with large, commercialised online followings must henceforth register their activities for monitoring by the state, the communications regulator said on Thursday August 8.

Authorities say the scheme is designed to clampdown on immoral or prejudiced content.

Critics view it as part of an escalating campaign by President Yoweri Museveni to suppress online content disapproving his government.

That would include prominent musicians, journalists, and socialites.

“As a data communicator… you’re pushing out content which could easily violate the known parameters of morality, of incitement, of ethnic prejudice or not be factual,” Bbosa said.

“We want online platforms to register with the commission so that we can monitor (them),” a process that the $20 fee was designed to fund.

Robert Ssempala, national coordinator for Human Rights Network for Journalists-Uganda said that for many, the fee was prohibitive.

Mr. Museveni has repeatedly complained that Ugandan social media is a vehicle for “lying” and “gossip”, which others interpret as information critical of government.

In the same week, a prominent university lecturer, poet and gender rights activist was ordered to serve nine more months in prison for the ‘crime’ of criticising President Yoweri Museveni on Facebook.

Dr. Stella Nyanzi, a former research fellow at Makerere University, drew the government’s wrath for posting comments including one that compared President Museveni to “a pair of buttocks”.

When the decision was announced on August 1, the scholar gave a passionate speech in which she expressed disappointment with that verdict.

“I intended to annoy Yoweri Museveni. We are tired of his 30-year-long dictatorship. Please find me guilty of offensive communication against Yoweri Kaguta Museveni!”  After the sentence was read, Dr. Nyanzi lifted her blouse and shook her breasts in cultural expression of discontent to the chagrin of culturalists who termed the act disrespectful although the court made up of mainly women cheered loudly.

Dr. Nyanzi, who has been in jail since November 2018, was acquitted on the second charge, of “offensive communication”.

The troublesome Facebook posts contain profanity-laced vitriol about the president and his wife in a style known as “Radical Rudeness” and the “Necessity of Political Vulgarity” — a traditional Ugandan strategy for unsettling the powerful through the tactical use of public insult.

“Know our rich history before you think I am the first fighter with words,” Dr. Nyanzi wrote in one post.

Nyanzi appeared in court to hear her sentence via video link and there is where she bared her breasts and screamed obscenities.

Dreams of law students hoping to join Law Development Centre (LDC) this academic year stand in jeopardy after the Minister of Justice and Constitutional Affairs, Kahinda Otafire admitted that Government has no single penny to organize the coming pre-entry exams.

State Minister for Constitutional Affairs, Irene Ngaizi, this week while appearing before the Legal and Parliamentary Affairs Committee was tasked to explain why the Law Council was proceeding with pre-entry exams yet both Government and Parliament had agreed to put an end to the exams. The legislators argued that the exams were curtailing dreams of many law students to qualify as advocates.

Minister Kahinda said that in the last communication, he was told pre-entry was winding up and there was the search for money to conduct exams this year, “I will meet with Solicitor General and see how we go about it. I think we should do away with pre-entry [Exams], these students are paying for themselves, if they fail they will repeat. These young Ugandans should be given the opportunity to explore their potential. They should take collective measures.”

Still at Parliament, the State Minister for General Duties in the Ministry of Health Sarah Opendi said the embattled Security Minister, Elly Tumwine is a bully who doesn’t stand by his words despite professing to be a born again Christian.

The minister said she had confirmed allegations made by Hon Katusabe that indeed Gen Tumwine belittled the Speaker and was shocked when the General denied having uttered those remarks, yet he professes Christianity.

In other news, Mr. Albert Ngambeki this week resigned as MultiChoice Uganda Marketing Manager hardly seven months into his appointment.

Mr. Ngambeki, was appointed to the position on January 22 following the exit of Phoebe Nakabazzi who had resigned her duties in the same position.

But on Wednesday, August 7, he announced to colleagues that he was stepping down.

Also during the week, the Uganda National Examinations Board (UNEB) released the 2019 tentative timetable for the Uganda Certificate of Education (UCE) exams.

According to the timetable, UCE students will start their examinations on October 11, with the briefing of candidates across the country.

They were released by the UNEB Executive Secretary, Mr. Dan Odongo and posted on the board’s website.

In sports, Ugandan footballers are reaping big from the just concluded Africa Cup of Nations in Egypt.

Barely a month after the tournament ended, three players have already secured moves to the Egyptian top-flight.

Two People Power supporters were laid to rest, after both died in what Police confirms as accidents, while the pressure group insist one of them Michael Alinda a.k.a Ziggy Wine was tortured before being abandoned at Mulago Hospital. The second man, Hakeem Ssekamwa, was allegedly hit by a Police patrol pickup, as the law enforcers attempted to disperse People Power supporters at Bombo.

This week too, Mary Luwum, the widow of Archbishop Janaan Luwum, died and the government has taken over the burial arrangements.

in other news, Uganda is set to become one of the countries to dispense medical marijuana after President Yoweri Museveni launched a cannabis growing company, the Industrial Hemp (U) Ltd.