I am sorry! Mao apologises to journalists

KAMPALA – The Democratic Party (DP) president Norbert Mao has on August 13 apologised to journalists for his late coming at the DP weekly press conference that is held every Tuesday.

In a statement dated August 13, Mr. Mao said the delay was not deliberate as it was caused by issues beyond his control.

“I was informed that you left the building in protest before I arrived. This is understandable and we have noted your concern. You made your point. While my delay the result of events outside my control, I truly regret that I arrived late. I value your time and it was never my intent to inconvenience you,” he said in a statement.

He promised that it won’t happen again adding that they were taking steps to ensure that the DP press conference starts on time. 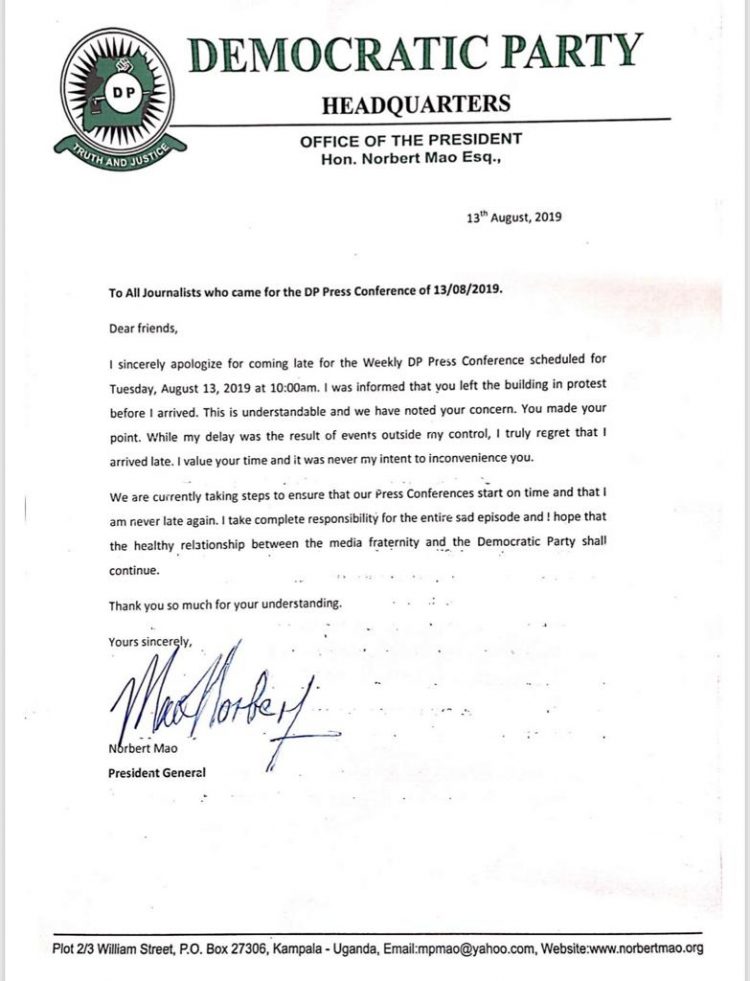 “I take complete responsibility for the entire sad episode and I hope that the healthy relationship between the media fraternity and the Democratic Party shall continue,” he said.

On Tuesday, August 13, journalists were angered and many stormed out after waiting for hours for the DP President to arrive at City House and address them.

Journalists vowed to stop covering DP’s media conferences unless the opposition party offers an apology for the late coming.

REVEALED: Rwanda govt on the spot over manipulating poverty statistics

REVEALED: Rwanda govt on the spot over manipulating poverty statistics