GULU – Ms Sylvia Muhangi, 32, a secondary school teacher and a resident of Rukungiri district who had been imprisoned for two years for pricking a 6-months-old baby with intentions to transmit HIV has been set free.

The convict appealed at Gulu High Court circuit to have her two years sentence heard afresh.

She appealed on three grounds: first, that her conviction was wrong, secondly that evidence used against her was weak to prove her guilty and thirdly that the magistrate was biased.

The appeal case was ruled in her favor by Justice Stephen Mubiru.

She was represented by Counsel Immaculate Owomugisha, from Uganda Network on Law, Ethic and HIV/AIDS (UGANET)

The Kitgum Chief Magistrate, Mr Hussein Nasulu Ntalo, earlier on Friday July 5, had heard that Sylvia Kamuhangi injected a six-month-old baby with the infected blood in December last year with the help of her co-accused, Ms Grace Aneno, who was later acquitted.

The trial magistrate then said Kamuhangi’s case called for public outcry and she should be separated from the community and eventually ordered for immediate transfer and was convicted to Luzira.

The magistrate ruling was based on the evidence that DNA test done on the cloth the baby was wrapped in at the time of the incidence was positive of Ms Muhangi’s blood and that the medical examinations also proved that the child was pricked with a sharp instrument by the accused who was medically examined to be HIV positive, and is said to have haboured an intention to spread the HIV.

However, during the hearing of the appeal before Justice Mubiru, he found that the evidence produced was weak and was based on mere speculations.

He cited that if a young child of six month was injected with blood belonging to unknown blood group with matches, there would have been physical reaction beyond what is said in the case.

The Judge ruled that the sentence was forged and wrongly passed because there were no influences of evident that support the others.

“Her conviction is therefore cannot be sustained, her conviction is forged, the sentence be set aside and she should be set free unless there is reason that can’t allow” Justice Mubiru ruled.

The joyful Ms Muhangi upon hearing the ruling, she collapsed and was supported by a prison authority to the court holding cell. The overjoyed Ms Muhangi said God really worked for her.

“It was my first experience in the cell, I just came with a friend for a tour and we spent a night at friend’s place, we went and on coming back, we found the LC waiting for us that we have a case to answer at police and we were arrested there then.

I stayed two weeks in custody asking for bond but I was denied because I was a non-resident and we went to court, I was remanded for two weeks. I asked for bail, I was denied because I’m a non-resident and I stayed in prison for seven months at Kitgum prison. I was convicted to two years sentence and I appealed. Today God has made it, has worked wonders.” Ms Muhangi narrated

Ms Owomugisha commended that High Court decision arguing that the ruling restores dignity to Ms Muhangi and has set an example for courts to stop scratching over the surfaces of cases of such nature.

“We commend the court decision for restoring the dignity to Ms Muhangi and many like her, setting example that if courts scratched below the surface news, they would realize HIV positive status alone does not equate to malicious intent and for attending the appeal in record time and lessening trauma for the appellant,” She said.

However, the family of the victim was in disbelieved how the Judge overturned the previous ruling arguing that court ruling in Uganda is always done to favor criminals instead of protecting the victim’s especially the case of this nature where a child is a victim.

“I do not have any capacity to challenge this ruling on my own, and if court in Uganda operate like this, then it is not good because the court didn’t take care of the right of the child but instead to respect the right of the adult who pricked the child and the child is now abandoned. Does that mean Uganda laws do not cater for children? Because the child can’t speak and if he was able to speak to court, what would the court say? I’m annoyed and I’m very unhappy” Mrs Rose Oryem, the maternal grandmother of the victim.

The mother of the victim expressed fears that her child may with time develop harms as a result of the pricking.

“I heard when my child was sharply crying from inside and I rushed and I found Sylvia was carrying my child running outside with him and when I carried him, I saw both of his armpits was having blood and I am really shocked when the court she didn’t pricked my child yet she was tested and found HIV positive. My child was tested negative but I’m not happy! I’m still continuing to carry out more testing because in future my child may get something harmful” Ms Lakot, mother of the victim lamented.

On the 26th December 2018, Ms Muhangi her friend the co-accused Grace Aneno is the sister to the victim’s maternal grandmother had a stop and were hosted by Eunice Lakot, then mother of the victim at Gang Dyang is Kitgum town. The two women left Kampala to go on a safari tour at Kidepo National Park but had to sleep in Kitgum.

That evening, Ms Lakot said she heard her baby crying sharply and when she rushed into the house, she found Ms Muhangi holding the baby and coming out with it and she returned the baby while seriously crying. When the mother saw blood in from both armpits, she became concerned and the incident was reported to LC1 Gangdyang Cell, Mr Ronald Okot, before she recorded a statement at Kitgum Central Police Station. The duo was arrested the following day.

Ms Lakot eventually took the baby to Kitgum hospital where the doctors confirmed the swellings were as a result of an injection. The child was put on PEP (Post-exposure Prophylaxis), an antiretroviral medication that prevents infection after being exposed to HIV. 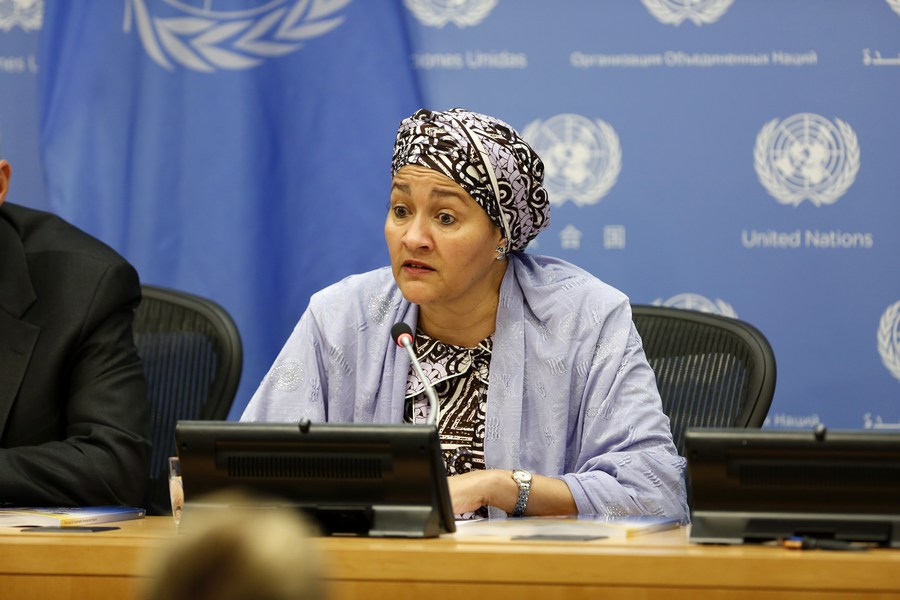