NAKASEKE – The Chief of Defence Forces (CDF) of the Uganda Peoples’ Defence Forces (UPDF), General David Muhoozi on Friday 16 welcomed back 529 UPDF troops who were part of the fifth United Nation Guard Unit (UNGU V) in Somalia and another 1,406 troops of Uganda’s 25th Battle Group to Somalia.

The function was held at the UPDF Peace Support Operations and Training Center (PSO-TC) in Nakaseke District.

General Muhoozi commended the troops for raising the Ugandan flag high in the foreign missions from where they have just returned after serving for one year.

He said Africa is still faced with many challenges that Africans must strive to resolve as united people. “It is in this spirit that we went to Somalia; extending a liberation struggle of Africa. A stable Somalia is a stable Africa,” Gen Muhoozi said.

The General noted that Somalia is not very far away from any African country and what affects the country affects all African countries. He said the African Union intervention in Somalia was a wise undertaking that has positively paid off.

“We are now counting successes in Somalia due to the selfless contribution made by you and your predecessors towards the betterment of the situation in the Horn of Africa. Thank you for having Africa at heart,” said Gen Muhoozi, adding that despite challenges such as delayed payment of mission allowances due to circumstances beyond UPDF control, the troops have maintained their pan African spirit and remained focused on their duty. 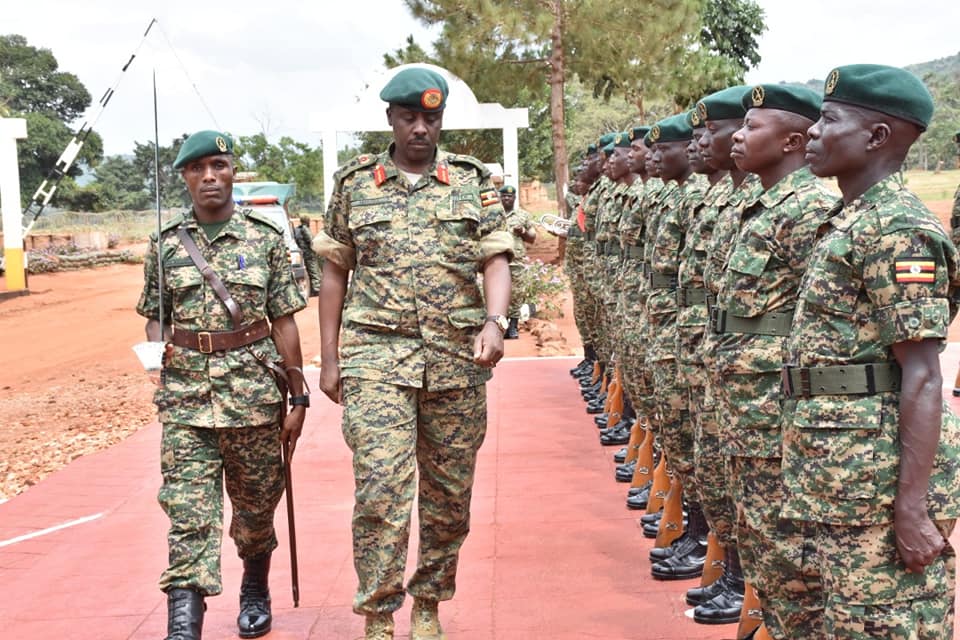 He noted that the model performance of UPDF in its internal and external operations stems from its exceptional qualities that also distinguishes the force from other armies. “You serve in an extra-ordinary force that is distinguishable from other armies by its character, discipline and capabilities,” he said. The General stressed that no matter the situation, the UPDF troops have always maintained high morale, resilience and courage to overcome all odds even in moments when sceptics thought the force would not make it.

“Some people thought that since we were engaged in other operations like in Somalia we would not be able to respond to the call of confidence our brothers in South Sudan made on us. Others expected us to respond in months but they were surprised that in one week our battle group was in Juba and we had changed the situation.”

The Commander Land Forces, Lt Gen Peter Elwelu, revealed to the troops a plan to deploy some of them to command and nurture the recently recruited local defence forces.

The troops received a month of post-mission counseling and training in Somalia prior to their return home and another two weeks on arrival at PSO-TC. The counselling and training were officially closed today in the same ceremony to receive the troops. The CDF granted the troops 45 days to rest and recuperate.