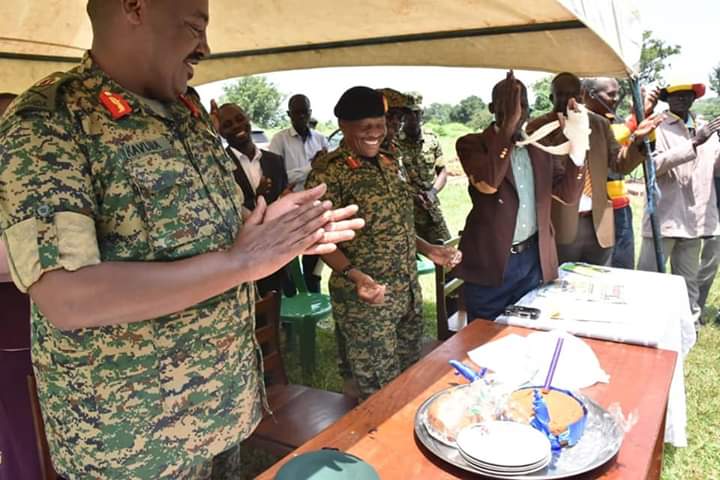 KITGUM – UPDF has handed over several TareheSita 2019 projects in Acholi subregion which were pledged to the community during the 38th tarehesita celebrations held in Kitgum district.

The projects in Acholi East included the repair of an Anti Retrial viral clinic and the waiting shade in Kitgum referral hospital, repair of the Anti retrial viral clinic and a private ward at Pader health center, renovation of two class roomed blocks at Wol community Secondary School in Agago district, building of a water harvesting pool, solar power and restoration of Padibe health center IV. 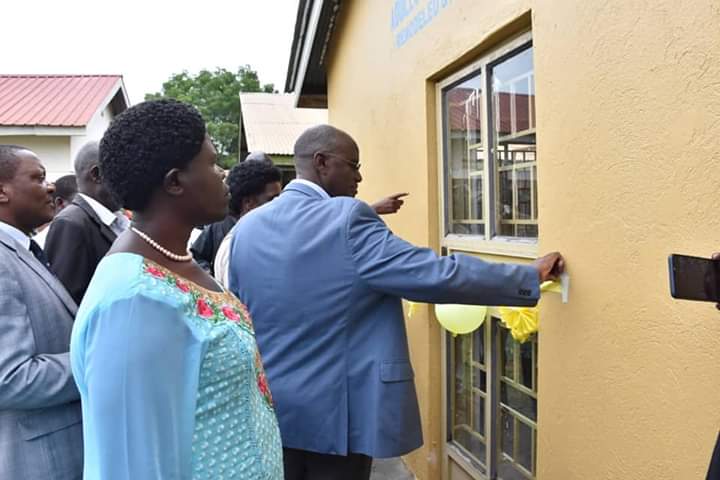 The Minister of State for Defence and veteran Affairs incharge general duties who headed the team in West Acholi Minister Engola thanked the people of Acholi for embracing peace by way of fighting the LRA and asked the sub region to fight illiteracy by sending children to school, keep healthy and drink safe water.

He added that it is the reason the UPDF undertook the three key projects of renovation of schools and health centers in the districts of Acholi.

He advised the political leaders to preach unity among the people and accept to work with the government for the betterment of the sub region.

The Minister further told the locals not to listen to those leaders who don’t work towards the interest of their people, he also proposed to the district leaderships to organize exchange visits amongst themselves to learn from each other. 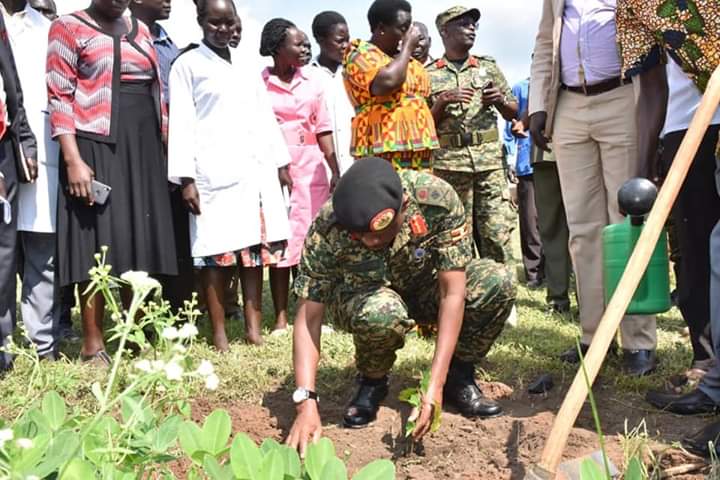 General Ivan Koreta while representing the CDF General David Muhoozi thanked the people for their coorperation and fulfilling the strategic desire of UPDF being the people’s Army. After all, we are your sons and daughters, therefore our strategic alliance has led to these fruits, take them as gifts from UPDF” the General said.

During the handing over of projects from Padibe town council in Lamwo district and Kitgum referral hospital, the Hon Minister of State for defense and veteran affairs Lt Col (Rtd) Dr, Rwamirama Bright said UPDF undertook the community projects in appreciation and recognition of the contribution made by the people in the region for peace and stability.
“UPDF handled the repair of the Ant Retroviral clinic at Padibe health center IV because it touches at the core role of contributing to the health of our citizens” he said.

Rwamirama added that the projects were chosen because they strike a chord with the spirit of the 1995 constitution and the UPDF Act of 2005 which mandates UPDF to function as people’s army and to cooperate with the civil authority during the times of emergency and in situations of disaster, foster harmony and understanding between the defense forces and the public and as well participate in productive activities for the development of Uganda.

He thanked the people of Acholi for accepting to host Tarehesita activities and for identifying with their sons and daughters in the UPDF.

In his speech, the RDC Lamwo,Mr James Nabimson Kidega applauded the UPDF for maintaining a good image and relationship with the civil community.

He said, it is because of the bond and image UPDF has sealed with the civil populace that caused hundreds of youths to turn up for recruitment into LDU.
“Had it not been for the positive image and conduct among our National force, none of them would want to identify with UPDF”.

He noted that the health facility does not only support the community of Lamwo but also refugees from Southern Sudan do benefit from the same health center putting the number of the population in the district getting treatment to over 20,000 people.

With the rehabilitation of the ART clinic, it will benefit one thousand nine hundred and fifty seven HIV patients.

The woman member of parliament for Kitgum district applauded UPDF for exhibiting professionalism in all fields. “Those days, the military were the most feared people and all they did most was to torment and kill by shooting which is not the case. She urged the community to work and support UPDF in all walks of life. 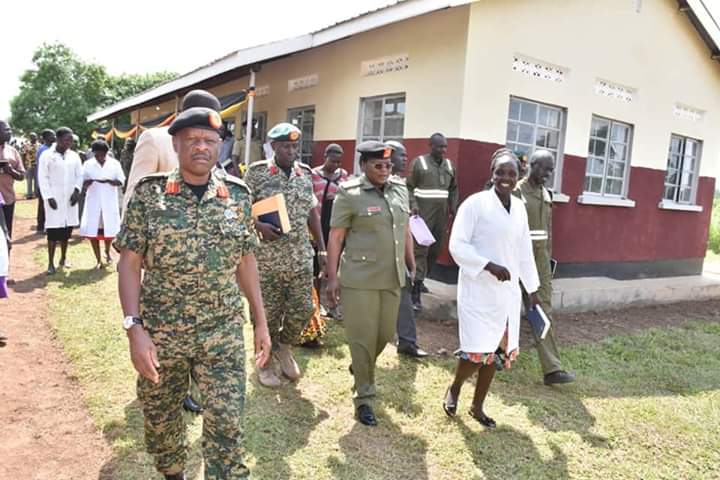 UPDF would not consolidate the peace and security, life and property of the people not only in northern Uganda if it was not for your support and cooperation adding that the Celebration of tarehesita is a deliberate effort to consolidate and maintain our relationship with the wanainchi of Acholi sub-region.
“We shall continue to provide security to enable peace to promote social economic transformation”.

Colonel Bekunda Besigye the Ag Chief of Engineering brigade said, most of the projects done have been existing but in a dilapidated condition thus the repairs except for the waiting shade in kitgum referral hospital.

During his speech, he asked the community of Pader district to consolidate the peace they have achieved from the time LRA was wiped out. “Today I almost got lost. Pader has developed. This is because of the dividends of peace” its because of the support you gave UPDF during the peak of the LRA war, today we are here to give back

Mrs. Frida Acholi, the senior health clinical officer said that the repair of the ART Clinic and shade has improved on the life of the community” the facility serves about 10900 patients from within and out of the district” adding that the health facility be upgraded to health center four.