GULU – Uganda Communications Commission (UCC) through Rural Communication Development Fund (RCDF) has started a second phase programme where it is providing reliable internet services to academic institutions to improve the quality of education in rural schools.

According to Mr. Thembo Nyombi, the Director at RCDF, the aim of the programme is to ensure that students in rural areas can learn modern teaching aspects as it results into quick access to information, e- learning, and ICT integration in teaching and research.

“We are launching the school connectivity project of the second phase, where we are connecting a hundred schools to the internet delivering to them – 5mb/s,” he said after preaching the need for ICTs in education to various heads of schools in northern Uganda.

The first phase where the RCDF connected about 800 schools was only delivering 26kb/s in a projected school.

Heads of schools reported that it yielded mixed results.

“…after stopping paying for bandwidth, most of the schools couldn’t afford to pay for bandwidth. So the project didn’t do as we wanted,” Hon Nyombi amitted.

He added that this time round they have redesigned the project after learning a lot from the first phase.

He said that schools are now able to pay for bandwidth because the internet costs have also significantly reduced by more than 10 times from the period that the first phase was implemented.

He said schools heads and teachers have been sensitized more about the need for ICT in education.

In a 3-year-exit strategy, RCDF intends to meet the full cost for installation at all schools; 100%, 70%  and 50% cost of the bandwidth capacity in the first, second and third years respectively with the balances covered by the schools.

“We have also redesigned the project in that we shall pay 100% bandwidth in the first year, reducing to 70% in second year, and 50 % in the third year then we leave the schools to pay for the rest,” Mr. Nyombi explained.

These innervations, he said will improve the sustainability of the project.

He added that the government has already connected 90 percent of secondary schools with computer laboratories and Internet, and is now moving to consider primary institutions to ensure that all teachers are technology savvy and can easily use it to improve the quality of teaching.

“What if you are a rural school in Uganda and get 5mbps internet connection and 40 computers? How will teaching and learning change? This is the question we are grappling with Head teachers from Northern Uganda whose schools have been selected to get high speed internet by UCC,” Mr. Kalema Golooba an ICT enthusiastwho facilitated the session said.

He said this is a great opportunity for schools in Uganda.

“There is work to do in capacitating teachers, sensitizing leaders and generating high quality digital content to realize the dream ~ technology fused into all the operations of schools, so deeply integrated that it becomes invisible.” He added

To upshot the process, UCC contracted RENU to provide faster and more reliable internet connections to schools and digital content sharing as the discussion has shifted to collaborative learning and more meaningful integration of ICT.

The purpose of the workshop was to guide heads of ICT departments in respective schools that are beneficiaries to understand where their role is for success of the project. 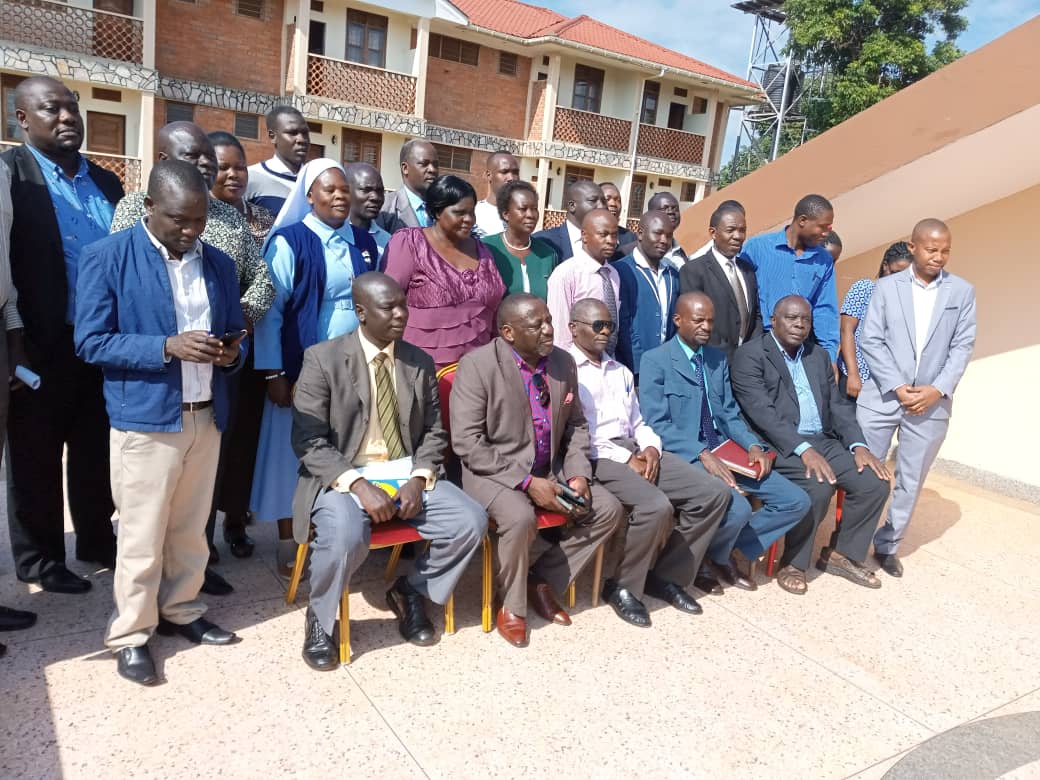 Head teachers committed themselves to ensure the project succeeds.

Sister Grace Achiro, the head teacher Ediofe Girls SS in Arua told us her school which has 62 working computers was picked the best by RCDF for ensuring project sustainability.

In 2012, she said Ediofe Girls SS received eleven solar powered computers from UCC before RCDF added them with more 40 computers.

“That time we had power problems but now we are able to use the computers almost every day.”

She said her school has a total population of 800 students the administration ensures every student gets a chance to use a computer every week.