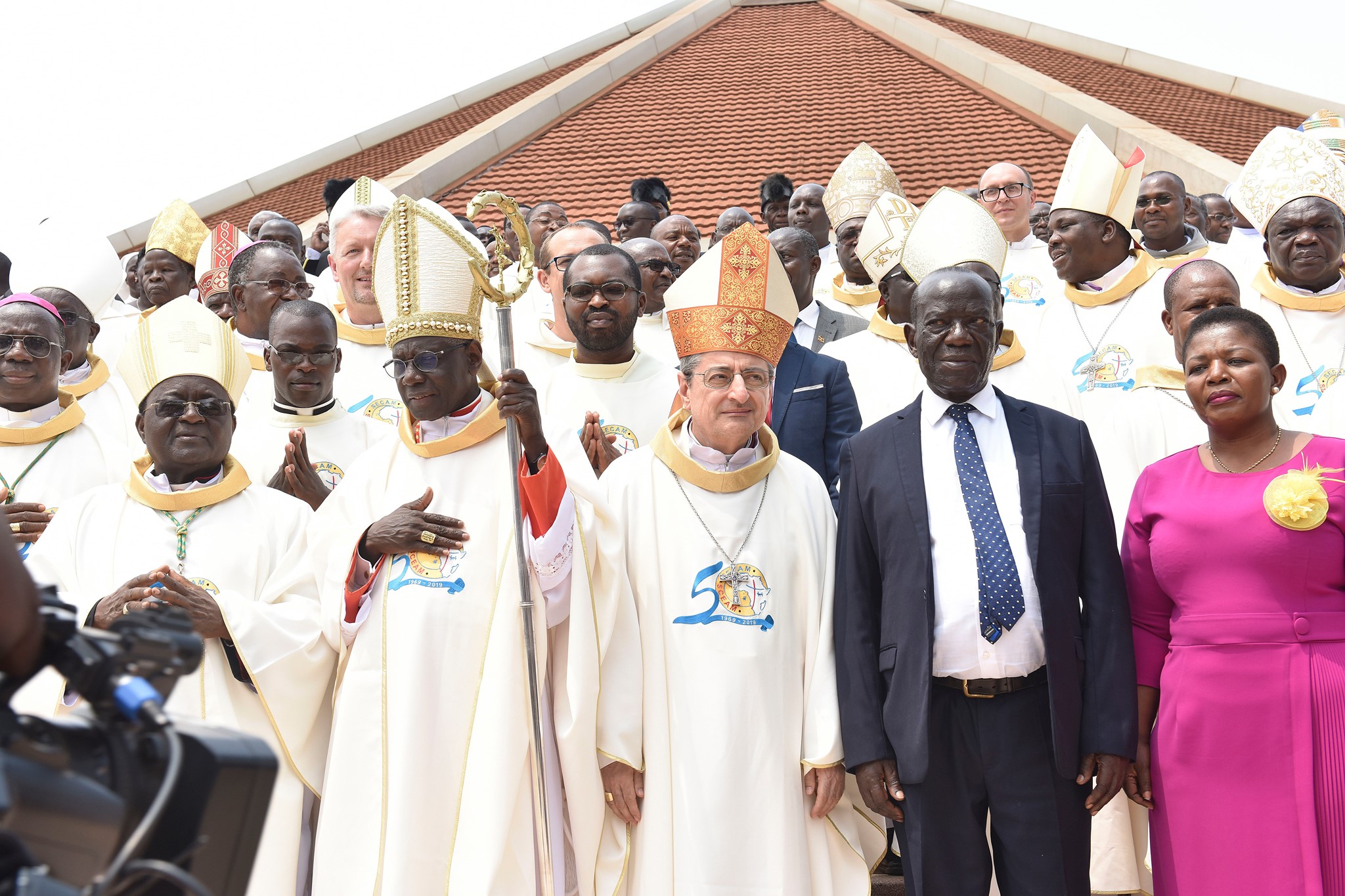 KAMPALA – The Basilica of Uganda Martyrs, Munyonyo, was on Monday unveiled as a pilgrimage centre for the Catholic Church in the country.

Found in Kampala Archdiocese, the basilica was consecrated in 2017 in the reign of Pope Francis in honour of Uganda Martyrs who were killed there.

Speaking after the prayers to sanctify the Munyonyo Basilica on Monday, Vice President Edward Kiwanuka Ssekandi extended thanks to Pope Francis for bestowing the honour to Uganda, which is another testimony of the prominence of the Ugandan martyrs.

The Vice President said that the historic assertion of Uganda being known as the Pearl of Africa by sir Winston Churchill, yet again receives a new slogan as “Uganda a place of the Ugandan martyrs” and whose commemoration on 3rd June isn’t only for Uganda but an internationally recognized day.

He added that the Ugandan martyrs pose a great challenge to the present generation since their era had no freedom of worship, and also hailed the work of the early missionaries for making it possible for worshipers to know the living God.

“The challenge set by the Ugandan martyrs is to live the faith and not talk the faith, which entails works of love, mercy, and charity in the middle of the world to be its salt and life, ” Mr Ssekandi said.

He reiterated the complementary role that the church plays to support government in delivering services to the people in the areas education and health. He added that government looks forward to the church to become its partner in the fight to eradicate homestead poverty and in the family.

The Vice President urged Christians to maintain and support initiatives to better the Munyonyo Basilica together with Kampala Archdiocese.

The Archbishop of Kampala Archdiocese, Dr. Cyprian Kizito Lwanga, paid tribute to President Yoweri Museveni and government for the financial resources to develop both Munyonyo and Namugongo pilgrimage sites.

He thanked God for the lives of the Uganda Martyrs and the early missionaries whose faith continues to fetch testimonies, intercessions and new converts to Christianity for Jesus Christ.

Robert Cardinal Sarah, a Guinean prelate who is the prefect of the congregation for Divine worship and discipline of the sacraments in the Vatican, presided over the holy mass.

The Ugandan Catholic Christians who were martyred in Munyonyo for the sake Jesus Christ were, St. Denis Ssebugwawo, St. Andrew Kaggwa also known as Andrea Kaahwa, and St. Pontiano Ngondwe who lost their lives on 26th May 1886.

Privileges of the Basilica status granted by the Pope include, place to acquire Indulgence which is a remission before God for forgiveness of sins after pilgrimage, special linkage with the Vatican and the Pope, among others.