KAMPALA – Uganda Communications Commission (UCC) has published the quarterly sector report for Q4 2018 that is from September to the end of December 2018.

This has come at a time when Uganda is facing global scrutiny as far as internet services regulations are concerned.

Government introduced social media tax sometime in July 2018, which effectively made it mandatory for the users to part with a daily UGX200 to get access to online platforms such as Facebook, Twitter, WhatsApp among others.

President Yoweri Museveni said the move was made to manage the space that was apparently littered with ‘gossip’ and ‘laziness’ activities.

It was reported that more people were shying away from online social platforms, as well as a similar trend in mobile money services after an earlier introduction of mobile money tax. 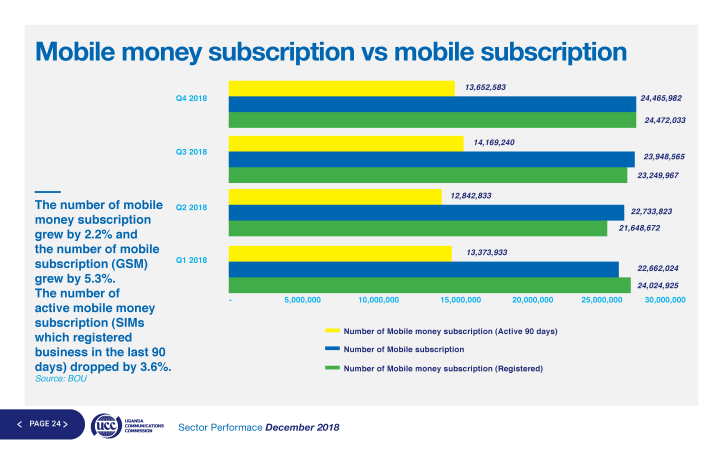 However, people accessing digital services from their mobile devices rose to 13,569,35 in Q3.

What is more, the number of registered smartphones that partly make up devices used to get access to the internet on mobile rose uniformly throughout 2018, from 4.5 million in Q1 to 5.2 million in Q4. 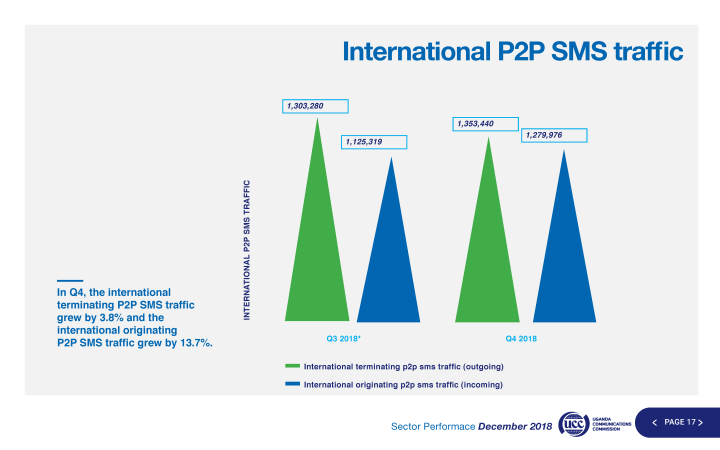 The growth represented an overall 14% jump.

On the other hand, the number of mobile subscriptions in the country has only grown by 0.3 million to 24.3 million in Q4.

The report does not specify the exact subscriptions by a carrier.

The value of transactions for mobile fluctuated throughout the year, although the number of mobile money agents grey by 3.5 percent from 163,082 in Q1 to 184,529 in Q2. 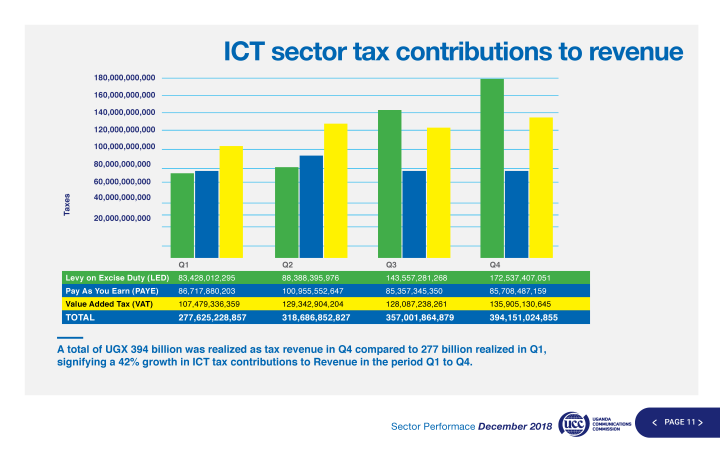 Going by these numbers, it is apparent Q2 was hurt by the introduction of the tax, but the reliance of people on social media platforms as sources of news, entertainment, and space for broadcasting their business overcame the extra fees rendered to them by the state, thus a more consistent user profile through Q3 and Q4.