Pay us first or no power project, Karimojong tell govt

NAPAK –  Over 1,600 residents of Karenga village in Narengemoru parish Ngoleriet Sub County in Napak district have blocked employees of the Uganda Electricity Transmission Company Limited (UETCL) from proceeding with works on erecting a power transmission line in their area until their property is evaluated and they are fully compensated.

Faragostarbisteoon FGB, an Iranian company, was contracted by the government to construct the power line last year and commenced work early this year.

The locals say while the undertaking is a worthwhile venture meant to benefit the people of Napak, works should commence after they are duly compensated.

Mr. John Logit, one of the affected persons, said UETCL went ahead to implement the project without any compensations and that the list of those to be compensated was manipulated since it bears names of unknown people.

“We are the genuine owners of the land where the power line is to be constructed but we have not been registered for compensation and the people that UETCL has registered are not residents of our area,” he said.

Mr. Samuel Lote, the LC1 chairperson of Karenga village said the UETCL team out to have carried out a verification exercise to ascertain genuine owners of the land.

“They use people from other districts to identify landowners to be compensated and they have messed up the whole process and we shall not accept,” he said.

Ms. Sarah Nakiru, another affected resident, said they can relocate to other places to pave way for the power project if they are given due compensation.

Mr. Peter Lokwang, the LC3 Chairperson Ngoleriet sub-county, on Sunday said UETCL ” ignored our advice as to the sub-county authority because as a chairman, I tried to engage them to use the local people to identify the rightful owners of land for compensation but they seemed to have ignored us,” he said.

He said they have even reported the matter before lady justice Catherine Bamugemereire’s when she visited Karamoja with her team on fact-findings of land grabbing last week.

Mr. Jimmy Tebenyang, the sub-county LCV councillor for Ngoleriet Sub County, said there is no way UETCL can pay people who are not the rightful owners of the land.

“We need proper registration of the people to be compensated because the list that UETCL generated has some errs,” he said.

However, Mr. Pius Okiror from UETCL said the list that they have was generated by the LC1 chairpersons, Gombolola Intelligence officers and Lc3 chairpersons confirming the owners of the land to be compensated.

“UETCL does not generate the list of the affected people but it’s the leaders who generate and sign before handing over it to the consultancy who later hand it over to UETCL so in any case, it’s the leaders to be blamed for the mess,” he said.

He said UETCL will work out and address the outcry of the community but it doesn’t have to be blamed. 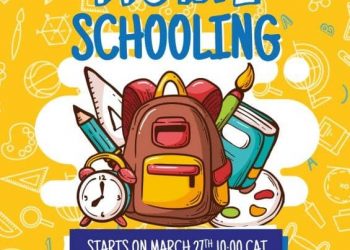