KAMPALA – The Minister of Foreign Affairs Sam Kutesa, has met with the Ambassador Designate of France to Uganda, H.E. Jules-Armand Aniambossou at the Ministry Headquarters.

The Ambassador Designate called on the Minister to discuss matters of Bilateral, Regional and concern.

In regard to Bilaterial relations, minister Kutesa commended the good working relations that exist between Uganda and France reiterating that these relations between the two countries will be further strengthened particularly through greater Economic and Commercial Cooperation. 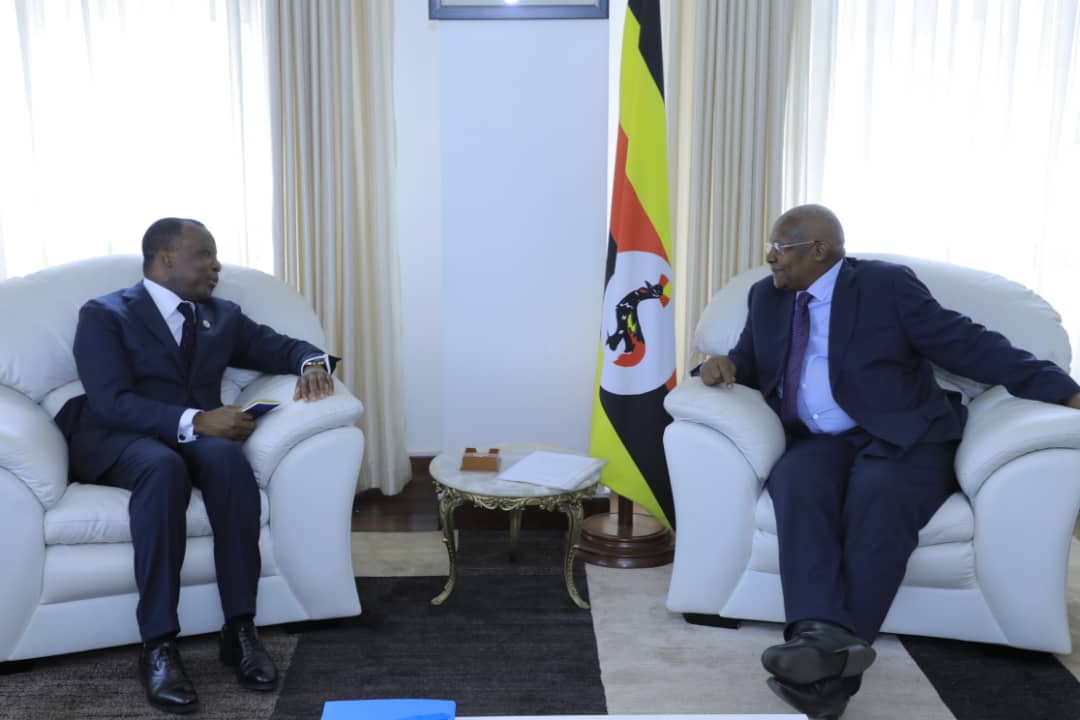 The Ambassador Designate conveyed a message of gratitude to the Minister for the warm hospitality accorded to him and committed to utilize the period of his tour of duty to enhance Bilateral Cooperation between both countries particularly in areas of Trade, Tourism and Investment, Education, Culture and Sports.

The two dignitaries further explored possible avenues to strengthen commercial diplomacy and cooperation between the two countries and agreed to hold more Business Forums and Trade Facilitation Meetings to that effect.

The Minister welcomed the delegation and commended the excellent relations existing between the two countries.

Mr. Sevecsek conveyed a message of gratitude to the Minister for the warm reception that was accorded to him and his Delegation reaffirming the commitment and goodwill of the People of Hungary in promoting Development Cooperation with Uganda.

Minister Kutesa and Mr Sevecsek noted with satisfaction the implementation of the agreed development cooperation priorities between the two countries.