It is problematic! Museveni cautions UPDF soldiers on tribal differences 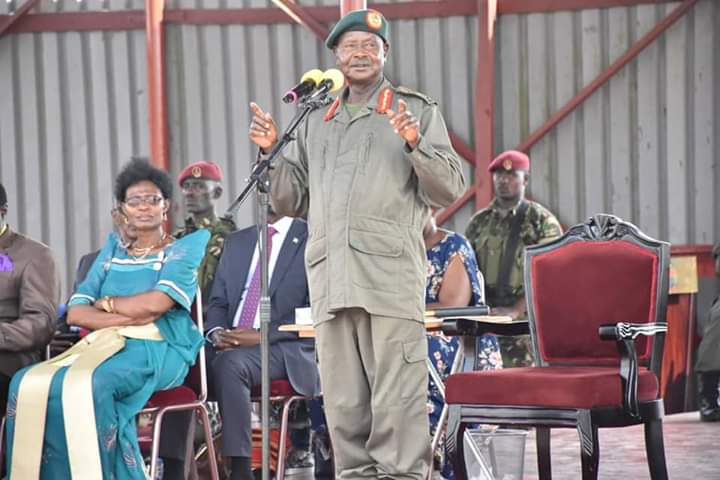 KABAMBA – The President Yoweri Kaguta Museveni has told 203 newly commissioned Ugandan Officers that they should consider themselves fortunate to be part of the officer corps in a force that has made a significant contribution to the wellbeing of their motherland and the region.

“Consider being commissioned as officers of the UPDF as a very rare opportunity.”

UPDF is a force that was historically needed in Uganda, otherwise, Uganda would have by now disintegrated.

“UPDF was able to reverse the declining Uganda because of our Ideology, strategy and discipline. Without any money we were able to build a very strong force which saved Uganda and contributed to regional peace. Therefore, for you to be a part of this is a very great honor and you should not take it lightly or misuse your chances”, said Mr. Museveni. 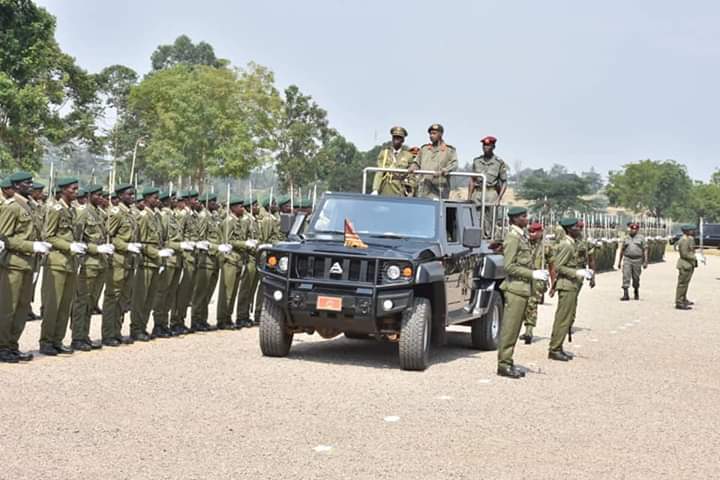 The President was at Uganda Military Academy- Kabamba in Mubende District where the cadets had completed a year-long course.

Twenty-four of the Commissioned Officers were females and another 20 Somali Nationals under a bilateral arrangement between Uganda and Somalia. 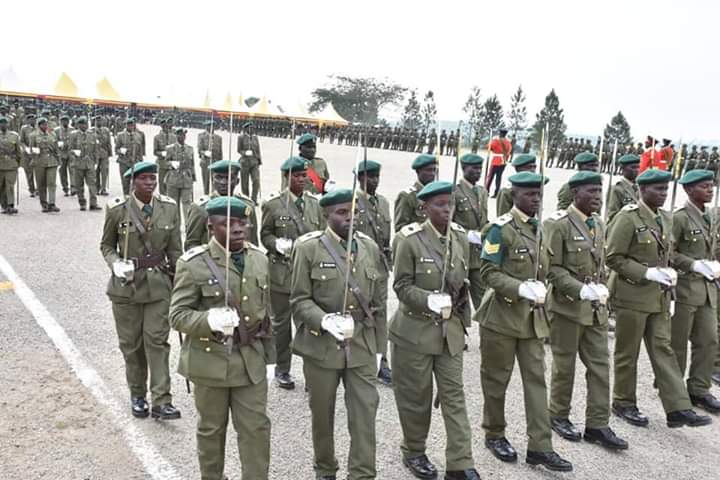 Four medical doctors were commissioned to the rank of Captain and the rest Second Lieutenants.

The President reminded the newly commissioned Officers that they are members of a liberation army and so should clearly differentiate themselves from the traditional tribal and colonial armies that did not serve the interest of the people.

“Always be ready to defend Uganda’s democracy, champion patriotism and nationalism on top of embracing and working for Pan-Africanism and socio-economic transformation of our society,” he said.

He further urged them that time allowing, they should engage in wealth creation activities.

The President advised parents not to expect much from the new officers but rather support them in establishing themselves.

He told the officers to remain focused on their careers, guard against dangers such as HIV in order to be successful in their lives.

The president noted that there are many new chances available in the UPDF that were not there a few decades ago.

He cited the example of Uganda Military Academy that will from this year offer a 3 year- degree program and soon receive facilities such as additional dormitories to facilitate training.

“In the past, some of us had to go to Mozambique to get knowledge whereas presently knowledge is free here,” he emphasized.

He said the officers should mentally prepare themselves to serve anywhere because their recruitment was based on demand to fill some command positions.

Gen Mbadi further advised them to embrace the spirit of hard work like their predecessors, continuous training, exercise a high degree of discipline and patriotism.

He said the Officers should carry out all their assignments with diligence, enthusiasm and maintain good relationship with wanainchi

The Commandant Brig. Charles Byaruhanga said that the objectives of the training where successfully achieved and that the Officers were equipped with knowledge, skills and UPDF tradition.

He, however, cautioned them to put into practice what they learnt, pay allegiance and never shame the country. 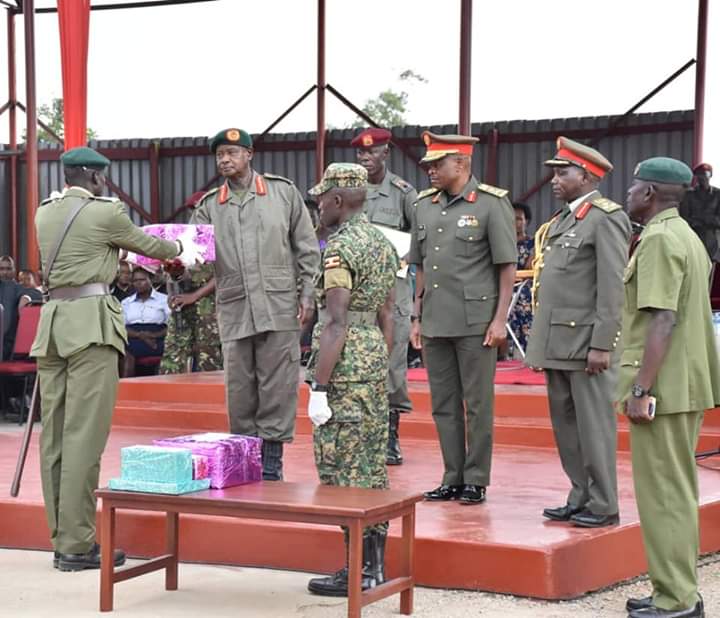