Social Media: At take-off or myth in gender equality in Uganda?

KAMPALA – Digital media experts, policymakers and enthusiasts have on Tuesday, June 25 converged to discuss the controversial tool of social media in Uganda at the Uganda social Media Conference in Kampala.

Held under the theme, “Social Media and the Prospects for Digital Politics in Africa”, this edition of the conference has featured discussions meaningful political engagement on social media platforms for both citizens as well as politicians in Uganda and Africa as a whole.

One of the workshop’s theme, ‘Challenging Negative Narratives on Social Media’, Communications Specialist and also director of Research Communication in the School of International Development, University of East Anglia, Dr David Girling, discussed the relevance of social media as a platform providing people with an opportunity to counter negative stereotypes by giving them a representational agency.

“Gender equality remains an important discussion and an integral part of society. Striking a balance has remained a myth in Uganda and Africa in general as well as driving policy on the matter,” said Girling.

One of the participants, Philip Ogwal, Policy and research enthusiast in Renewable energy and agriculture, presented the case on the worrying gap between online and offline engagement citing policy setback.

“It is surprising that the online engagement that fueled the #FreeBobi movement where Kenyans with Ugandans acting in chaos and the Kisekka Market frenzy represented the worrying stance,” said Ogwal.

On championing gender equality; experts and participants fronted training (digital literacy) as taking points to create gender equality on social media as an information echo-chamber for policy change and empowerment.

“Capacity building – across all levels, creation of safe spaces, infrastructural development, economic empowerment across all, advocating for media liberalisation, among others,” revealed Girling. 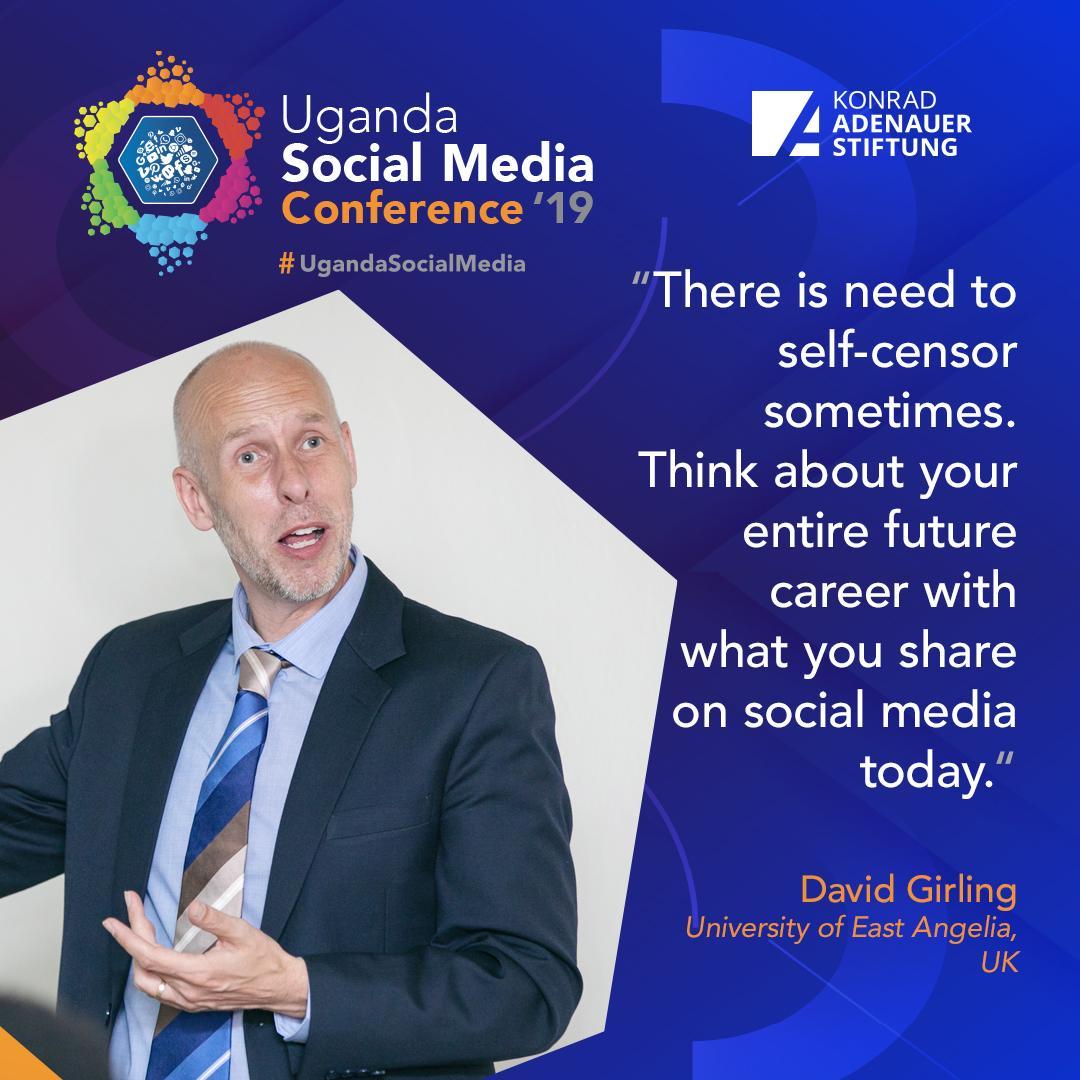 “You need to self-censor what you post on social media for yourself. Think about 10years from now, and how what you post today will reflect on your career”,

The Uganda Social Media Conference is an annual programme organized by the Uganda country office of the Konrad-Adenauer-Stiftung (KAS) which aims to bring together key stakeholders from government, civil society, academia and the media to have a constructive exchange on the impact of social media on state and society, highlighting both opportunities and challenges.

The conference provides a unique platform for theorizing, dialoguing and engaging on how the growing relevance of social media shapes our social and political interactions and changes the way we access and process information.

The KAS is a political foundation, closely associated with the Christian Democratic Union of Germany (CDU). As co-founder of the CDU and the first Chancellor of the Federal Republic of Germany, Konrad Adenauer (1876-1967) United Christian-social, conservative and liberal traditions.

His name is synonymous with the democratic reconstruction of Germany, the firm alignment of foreign policy with the trans-Atlantic community of values, the vision of a unified Europe and an orientation towards the social market economy. His intellectual heritage continues to serve both as our aim as well as our obligation today.