MOGADISHU – The AMISOM Force Commander, Lt. Gen. TigabuYilma Wondimhunegn has Monday 17 paid a visit to Amisom and SNA troops in the newly captured town of Bariire.

The Force Commander conducted the visit to inspect the newly established Forward Operating Base constructed by AMISOM and check the status of readiness of SNA and AMISOM troops deployed in the area since the flashout of Alshabaab from the town. The recently captured territory by a combined force of UPDF under AMISOM and SNA had become a business hub for Alshaabab where they collected taxes and abducted recruits into their ranks and files to sustain their campaign against the Somali Federal Government and AMISOM

While meeting commanders and troops on ground, the Force Commander emphasized that troops should provide security to the local population. 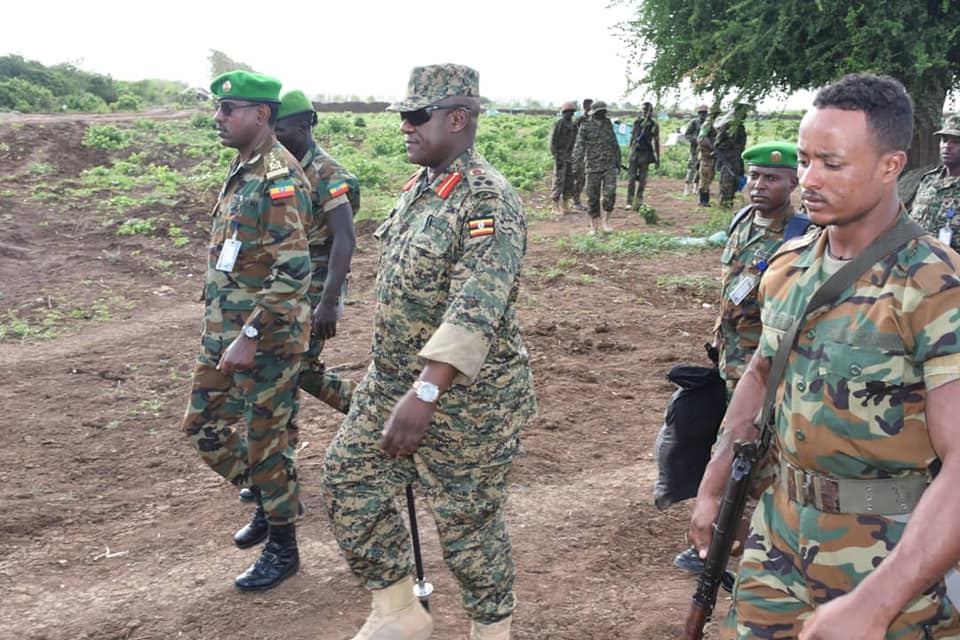 The Force Commander was accompanied by the Sector one Contingent Commander Brig Michael Kabongo. In his address to the troops, Brig Kabango thanked the peacekeepers and SNA soldiers for the job well done. He advised them to keep vigilant and focus on the enemy activities and plans in order to deny any enemy element from regrouping and causing mayhem to the people of Barire or own troops. “The work of liberating Bariire is majorly done but the enemy is not completely annihilated, keep alert and vigilant and never allow Alshabaab to again make any attempt of disturbing the freedom of the people of Bariire and Somalia as a country,” said Brig Kabango. 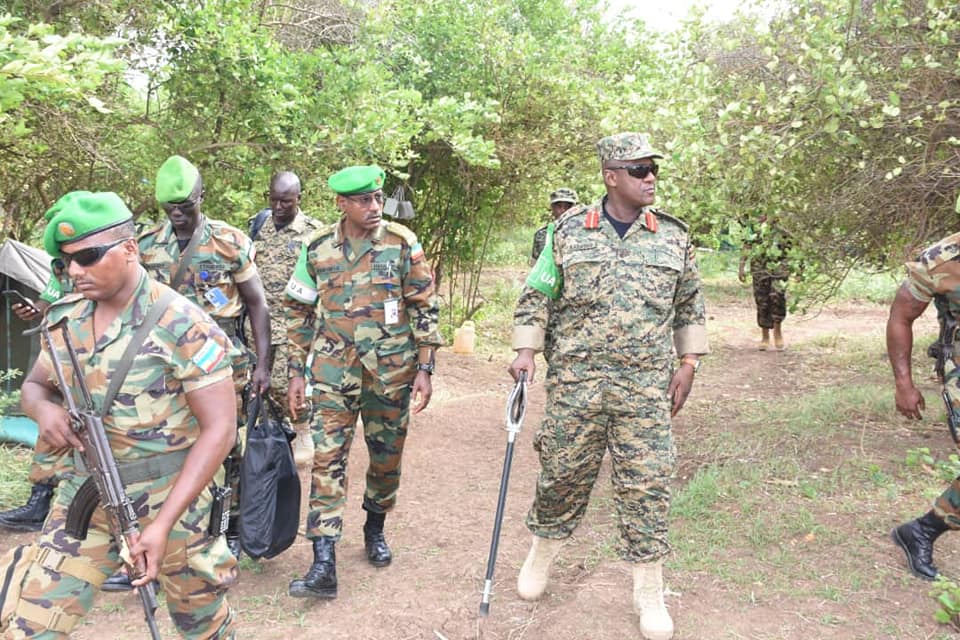 Bariire town located in the lower shabelle region of Somalia remained under the firm control of Alshabaab until recently when a combined force of SNA and AMISOM flashed them out causing them heavy losses on both personnel and equipment. They abandoned their bases allowing AMISOM forces and SNA to establish a permanent base and add it to already big swarths of territory captured from Alshabaab extrimists.