LANGO SUB-REGION – The President of Uganda Yoweri Kaguta Museveni has said that people must engage in politics that lead to the development and economic transformation in order for it to be meaningful to the people.

Mr. Museveni made the remarks while addressing a public rally at Abongo Rwot village in Agali Sub County in Lira district where he continued with his countrywide tour to promote government programs that are aimed at job and wealth creation.

“Politics should not be barren, it must lead to development and transformation The Politics of NRM has produced development in Lango and the whole country,” He said.

The President called on the people to exploit the current infrastructure to improve their livelihoods by creating their own income generating projects.

“We should not have spectators in efforts to generate income, You must all join moneymaking efforts and when some people are in the garden with hoes digging, you do not just stand there talking without doing anything. It is bad,” He said.

President Museveni noted that as much as the government has provided good roads, electricity, etc, there is a need for families to create their own incomes to meet other requirements like health, education, and food.

“Even if we have good roads, you can’t take a mattress there to sleep on it. Development is for all of us, but we need to use it to improve our households. People first need to search for household incomes then the rest of their needs would be solved,” Mr. Museveni added. 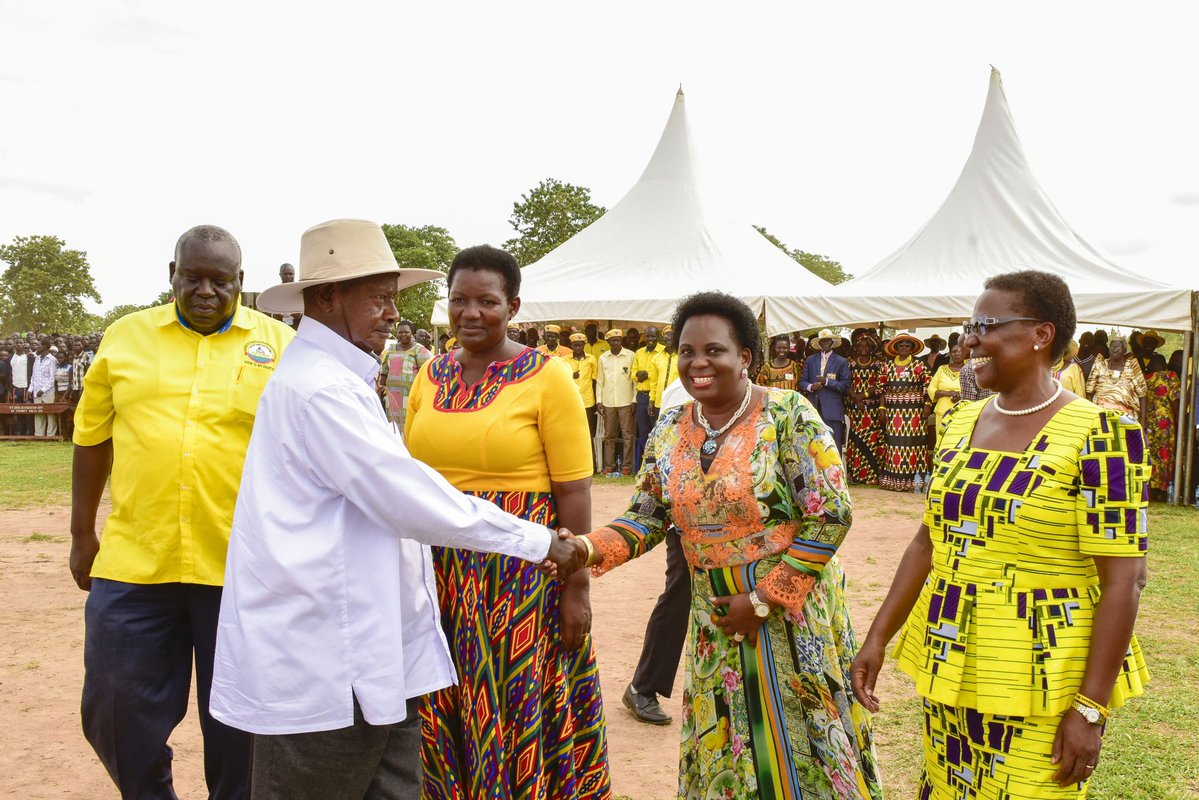 He informed them that the people of Ankole sub-region were previously engaged in subsistence agriculture that was not profitable but he was pleased to note that after a long time they listened and responded to his call to work through commercial farming for incomes and for food security.

He urged them to follow the 4 acres farming plan which is geared at maximizing income at the household level through proper enterprise selection and mix. He said households can engage in the growing of coffee, fruits, food crops and pasture for zero grazings and backyard farming through the rearing of poultry for eggs and rearing pigs.

President Museveni said that the other sectors that support employment include small and large scale factories, services and ICT. He pledged the NRM Government commitment to start a new fund that would further boost income-generating efforts.

Later, the President acknowledged the request of the youth for him to sign an acceptance of being nominated as the sole NRM Presidential candidate for the 2021 elections.

He assured the gathering that plans were underway to operationalize the construction of Akii Bua stadium. 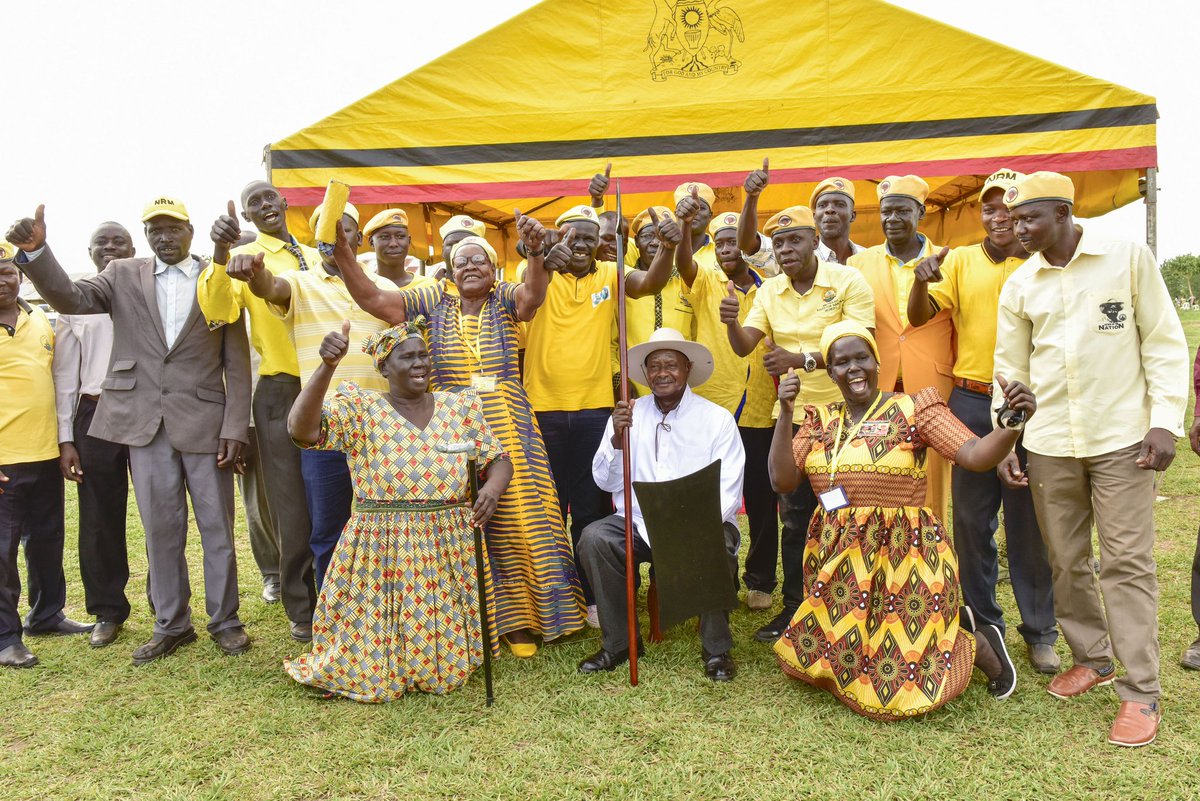 As he was proceeding to Lira town, the President laid a foundation stone for Agali Seed Secondary School. The NRM Vice Chairman of the Northern region, Sam Engola, conducted him around.

The NRM Vice Chairman of the Northern region, Sam Engola introduced 200 members of UPC and FDC who have resolved to cross to NRM. Agali  Sub County scored the highest votes for President Museveni and NRM during the 2016 elections in Lango sub-region