The separate ceremonies that took place on Sunday, were witnessed by State Minister for International Affairs, Hon. Henry Okello Oryem.

While receiving the letters of credence of the new Ethiopian Ambassador to Uganda, Ms. Alemtsehay Meseret Gelaw, President Museveni and the envoy discussed issues centering on constructing of a road that will link Uganda to Ethiopia from Moroto through Kotido, Kaabong, parts of North Western Kenya up to Southern Ethiopia.

He commended the good relationship between Uganda and the Vatican.

Archbishop Bianco, on his part, wished the people of Uganda continued peace and God’s blessings. 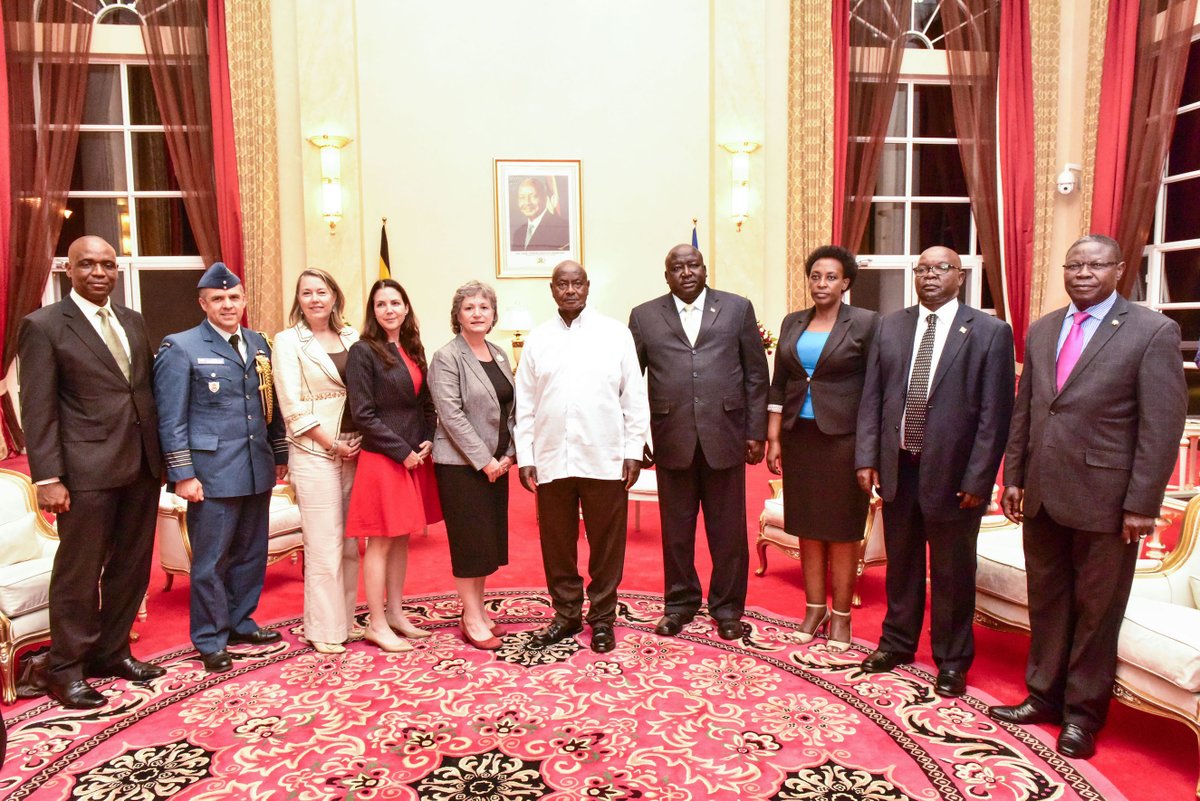 The new Saharawi envoy, Mr. Mohammed Bachir Elouali, also presented his letters of credence to the President who welcomed him to Uganda

Museveni and the new Brazilian envoy, Fernando Estellita Linsde Salvo Coimbra, reviewed matters of development cooperation between Uganda and Brazil; noting that the two countries share a lot in common and have enormous potential to develop their relationship in the sectors of agriculture, education and industry, among others.

The new Slovak Ambassador, Frantisek Dihopolcek, and the Mr. Museveni discussed, among other areas, energy and Information Communication Technology (ICT).

President Museveni asked the envoy to encourage Slovak companies to take advantage of the big markets on the African continent through working on increased investments on the continent.

Later, President Museveni received the credentials of the new Canadian High Commissioner, Lisa Stadelbauer, and congratulated her upon her new assignment in Uganda.