KAMPALA – President Yoweri  Museveni on Sunday, May 5, in Kasangati at Ssaza Grounds launched a book cataloging the gains the Muslim Community has made under the NRM government.

The book entitled “The achievements of Y.K Museveni to the Muslim community” was authored by Sheikh Sulaiman Guggwa, the Kampala regional Khadi

Using the parable of the 10 lepers, the President likened the Muslim community to that one leper who returned to give thanks after being healed.

“I am glad some people appreciate what the NRM has done. Others do not appreciate that Uganda has gotten to this level through blood and sweat,” President Museveni said at the launch.

He added that the youth today are vibrant and active because the NRM immunized them. Our elders should be able to explain to youths the history of this country.

The President interacted with the youth, who he says, previously supported the opposition. “These and the rest of the young unemployed youth in the country,” he said, “would be supported through the government initiative of equipping youth groups with inputs like machinery so that they create their own jobs.”

At the same event, the president castigated entertainers who claim that Uganda is not peaceful. “It is suicidal for anyone to try and destabilize this peace,” he warned.

He added that Uganda’s development is hinged on the peace created by NRM. “The jobs are coming because of this peace and stability.” 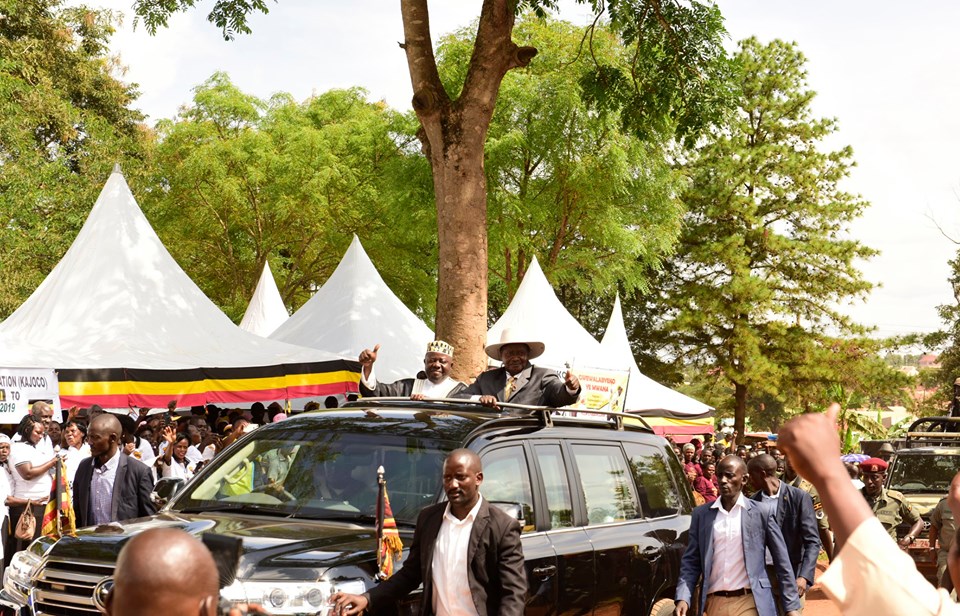 Museveni added, “What our young people should know is that we cannot do everything at once, we must prioritise. It is why I have been hesitant to raise the salaries of government workers because we have other pressing issues to resolve.”

He urged his audience to engage MPs to see that they support their interests.

“They should not just think of raising their salaries and going on trips abroad,” he said.