KOBOKO- President Yoweri Museveni has May 11, in Koboko, hit back at term limit- proposers, calling them the “know nothing” with stupid ideas.

This was during the launch of phase IV of the National backbone internet infrastructure by National Information Technology Authority (NITA) and commissioning of a water project in West Nile on Saturday.

“Leadership in Africa is war, there are so many things to do. The more people you have available, the better. You have an old man of 75 who can help, why would you say he should go,” he added.

The president also thanked people in West Nile for making the constitution flexible and supporting his candidature.

“I thank you for supporting my candidature. We are going to do many good things in the days to come.

By making the constitution flexible, you are doing the wise thing,” the president said. With a population of 2.9 million West Nile according to NITA is the center of thriving cross border commerce between DRC and South Sudan.

“The region is arguably one of the fastest growing economic hubs in Uganda hence the need to maximize gains from digital revolution through connectivity,” said NITA officials.

The launched phase IV will extend the ICT backbone to the West Nile districts of Pakwach, Nebbi, Arua, Yumbe, Koboko plus Adjumani, Katakwi, Moroto and the boarder points of, Oraba, Vurra and Mpondwe.

NITA has already successfully completed the implementation of three phases of the National backbone Infrastructure project which connected 39 districts.

President Museveni, speaking at the same event, said this project will enable West Nile people get contracts with companies from countries worldwide like Canada and be paid by the company here. 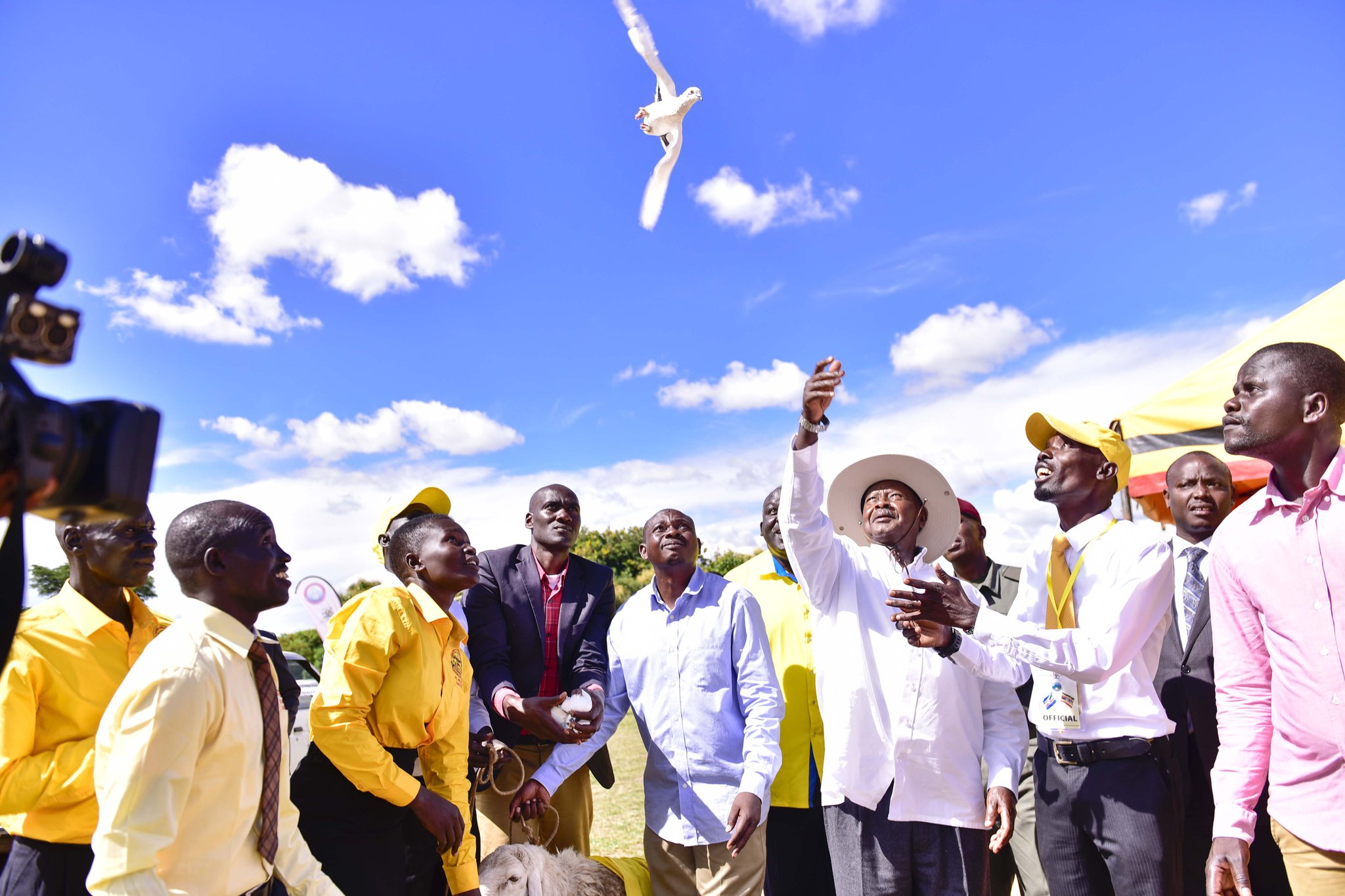 “With this cable, parents don’t have to buy books of different subjects for the children, you just look for the book you want using these computers and read,” the president added.

World Bank represented by Country Manager, Antony Thompson said the Bank is proud to partner with the government of Uganda on this Internet project and water project.

“35% of Ugandans use the internet today. When we started this project only 16% were using the internet,” said Thompson.

The country manager added that “the African Union has embarked on digital transformation for Africa to have a digitalized Africa by 2030. We are proud to be working with the African Union on this project.”

Hon. Anite Evelyn Minister of Finance and Investment, at the event, thanked Mr Museveni for bringing development to that region.

“NRM is growing stronger in West Nile. Just like wine, the more it stays, the sweeter it becomes. On Monday, you (President Museveni) are granting us (West Nile) another district and we are grateful,” Ms. Anite said.

It should be highlighted that NITA is providing the cheapest internet at a cost of USD 70 per Mbps per month, this translates to a 70% cheaper offering than what other providers in the Ugandan market provide.