KAMPALA – The Ministry of Gender, Labour and Social Development has handed over 73 motorcycles to officials from the newly created districts and municipalities to help monitor implementation of the Youth Livelihood (YLP) and Uganda Women Entrepreneurship Programmes (UWEP).

The motorcycles manufactured at the new Kampala-based Simba Automotives Limited went to 66 youth chairpersons who will specifically have an eye on the YLP projects in their areas.

The other 7 motorcycles went to UWEP Focal Point Persons from the districts that recently commenced operations.

Additionally, a total of eleven computer sets were given out to the Local Governments; with five going to the Kampala Capital City Authority (KCCA) Divisions and six to the new districts. 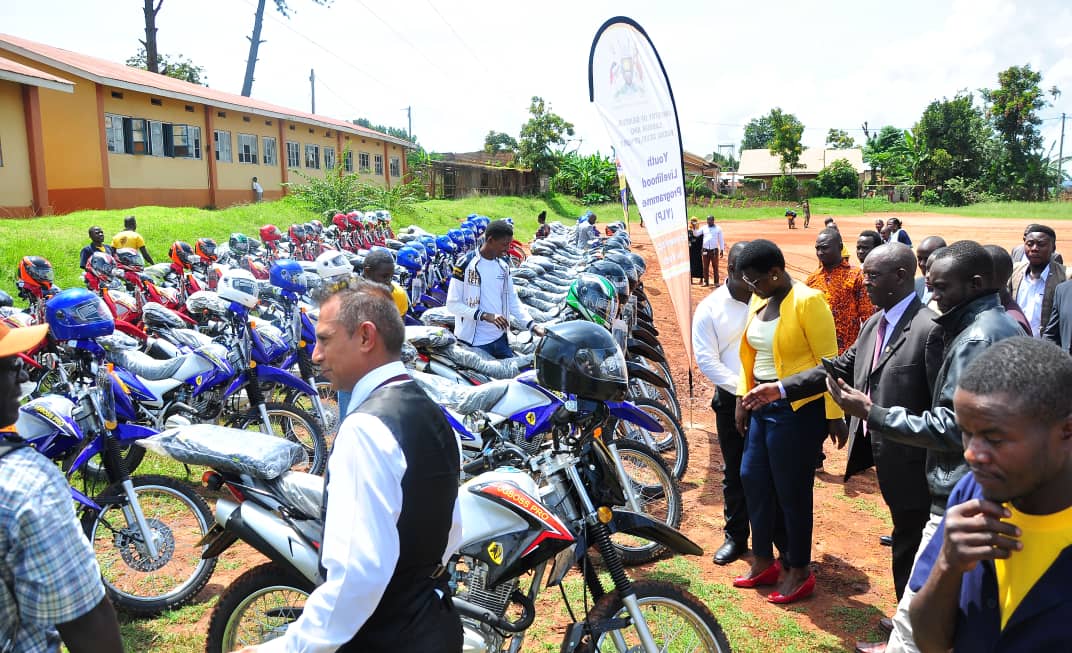 Presiding over the event held at the Ministry’s stores in Kireka on weekend, the Permanent Secretary Mr. Pius Bigirimana noted that the equipment had been provided to support the districts cope with the demands of the two Programmes.

“It is therefore my hope that the equipment being handed over today shall go a long way in further enabling you perform your work and realize better results for both Programmes,” Mr. Bigirimana said.

He commended the district officials for their efforts that have yielded good performance amidst the challenges. 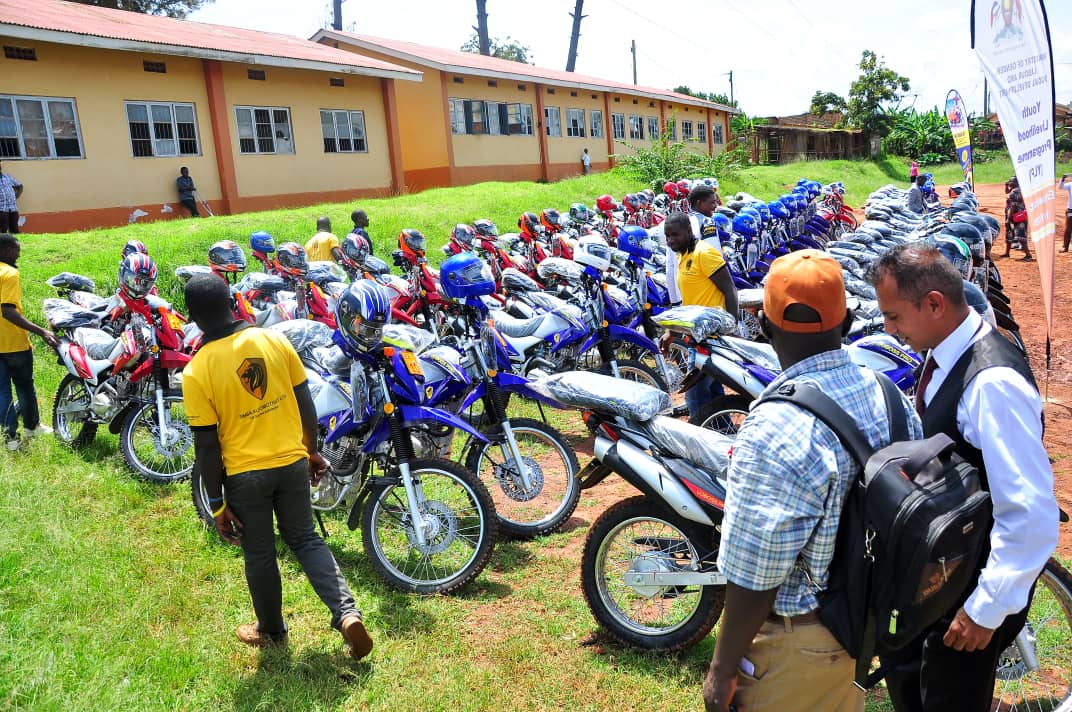 Similarly, he added, under UWEP, 9,381 projects have been supported to date benefiting 117,551 women.

“Therefore as we continue to expand in terms of Programme outreach, there is also need to provide logistical support, which we gladly handover today,” he noted.

He also allayed reports that YLP funding had been halted.

Bigirimana reassured the public that the programme was still on at the Gender Ministry and it was recently given another five year extension.

“We have received a new code from the Ministry of Finance for the Programme to run for another five years since its first phase expires at the close of the Financial Year. This means we shall continue receiving funding but also revolve the money recovered,” Bigirimana said.

The Chief Administrative Officer (CAO) Rukiga district, Mr. Ssemwogerere Fredrick, applauded the Gender Ministry and its leadership for initiating programmes that are promoting social development at the grassroots.

He specifically hailed the permanent secretary, Pius Bigirimana, for turning around the ministry ever since he took over its technical stewardship.

He pledged the unrivalled commitment of local governments towards successfully implementing the youth and women programmes.

The chairperson National Youth Council, Lillian Aber, noted that there hasn’t been a government Programme that has benefited youth like the Youth Livelihood Programme.

She cautioned those persons who capitalize on the small challenges for political gain and instead called for mentorship of the fund recipients so that they succeed in their endeavours.

Ms. Aber advised the youth chairpersons against misusing the motorcycles and also counseled them against riding under the influence of alcohol since it could lead to death or permanent impairment.

She urged them to use the motorcycles to step up recoveries from youth groups.