KAMPALA – Gen David Muhoozi has met Uganda People Defense Forces (UPDF), elderly officers and men, cautioning them for whom he is the Chief of Defence Forces (CDF) to live a disciplined lifestyle even after retiring from the army.

Gen Muhoozi made the remarks while presiding over the opening of pre-retirement training at Jinja  Cantonment Gadaffi Barracks where he also lauded retirees for distinguished service.

Gen. Muhoozi, while speaking to retirees, commended them for offering distinguished service to the army and their country.

He informed them that when you join the army you serve and retire honourably reminding them that before you retire, you go through a process. 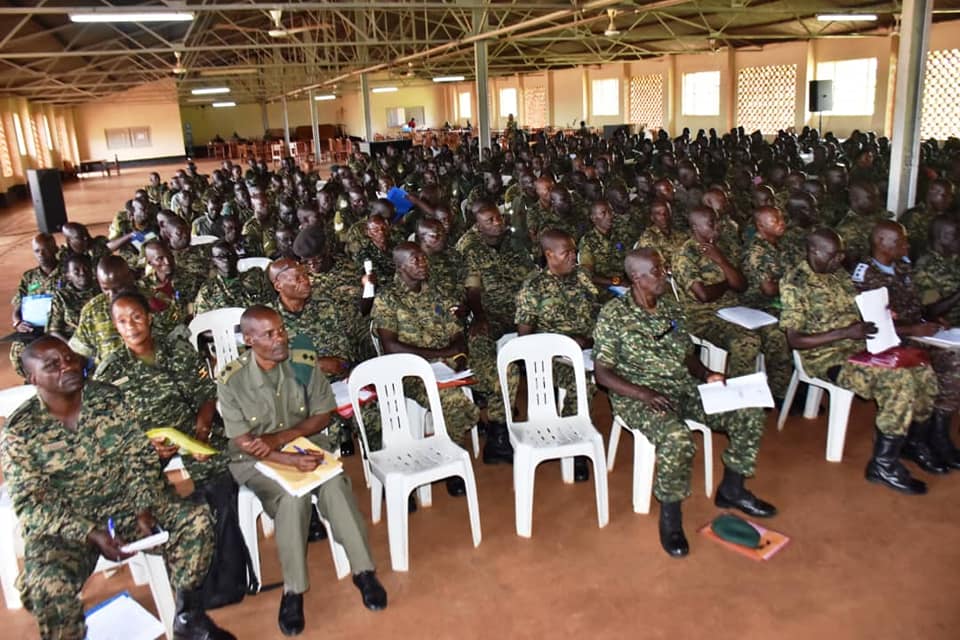 He cautioned the soldiers against engaging in reckless lifestyles of promiscuity and alcoholism among many others.

Gen Muhoozi also told them to manage their time well bearing in mind that there are a lot of temptations in society outside military adding that, they “should maintain a high degree of discipline, be our good ambassadors, be organised and law-abiding citizens.”

“When you get a good peer, you will thrive,” said Gen Muhoozi.

UPDF leadership has also launched an initiative where consultants and experienced technical personnel will be able to give lectures of opportunity to officers and men who are retiring.