KAMPALA – Parliament has directed the ministry of Internal Affairs to have Kyadondo East Member of Parliament (MP), also known as Bobi Wine produced before court so that he can be tried if he has any case to answer.

The directive by the Deputy Speaker Jacob Oulanya comes after the State Minister for Internal Affairs Mr. Mario Obiga Kania gave contradicting statements on the floor of Parliament on Wednesday, April 24, regarding the confinement of Mr. Kyagulanyi.

“I don’t know what has happened to Parliament. All members are choosing to speak in tongues. A prison is a gazzetted place. If you have been at somebody’s home you can’t call it prison,” Mr. Oulanyah noted.

The minister was supposed to present a statement, explaining why the MP was being confined in his home but he said that he could not make it due to the nature of investigations being done by police. At the same time he said that the police had preferred criminal charges against Bobi Wine and summoned him to CID headquarters to either appear to answer those charges.

The statements prompted Lwemiyaga County MP Mr. Theodore Ssekikubo to put the minister to order and asked him to explain why the MP was being detained instead of hiding under investigations.

Mr. Kania further contradicted himself when he said that MP Kyagulanyi was a free man who was just being confined in his home.

The Leader of Opposition Ms. Bettty Aol Ochan insisted that MP Kyagulanyi be taken to court if he has any case to answer because he was in pain for being detained in his home.

“The MP is in pain for not leaving his house. The minister should tell us why they are not taking him to prison,” she said.

She further said that Ugandans were being pushed on the wall to rise up by continuing to abuse their rights such as denying them the right to move.

“You should not push us to the wall, so that we make Ugandans rise up,” she said.

Mr. Oulanya, however, said that if police had established that he committed a crime the MP should be in court and not being arrested in his house.

Minister Kania promised to take action and report back to Parliament.

Bobi Wine was put under house arrest after police cancelled his concert and fired tear gas among his fans at his Busabala beach on Easter Monday. 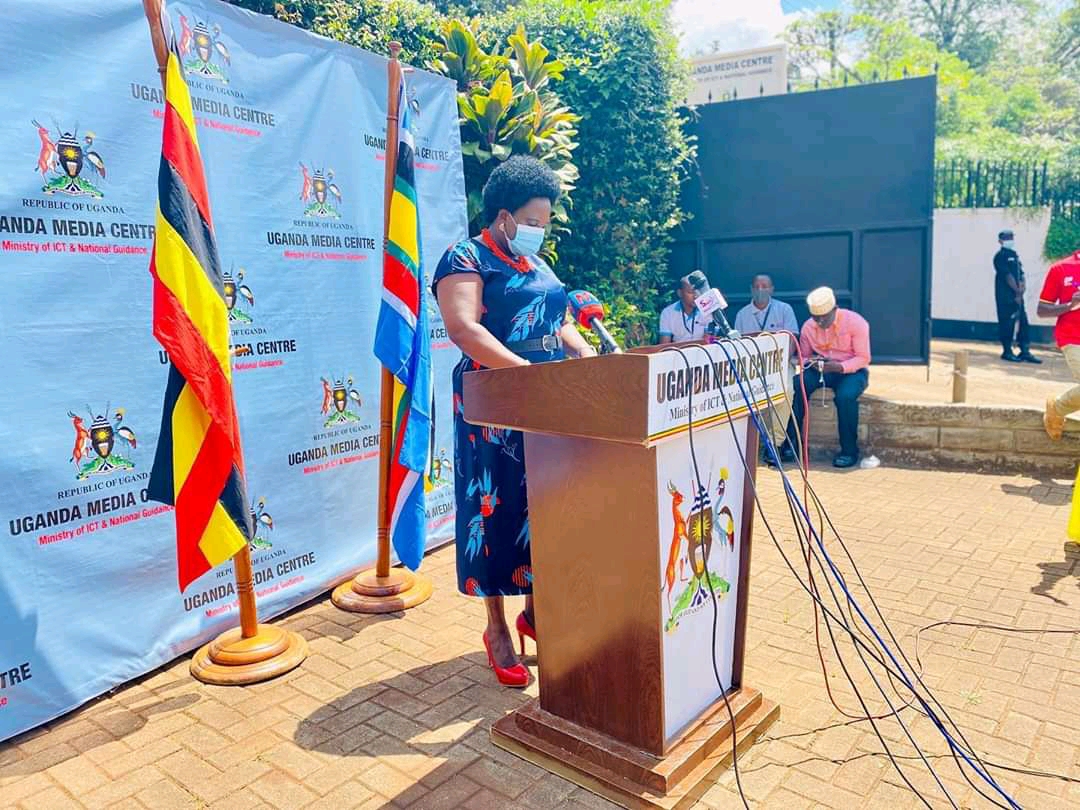