KAMPALA – Police have stepped up the search for a medical doctor at International Hospital Kampala (IHK) who has been missing for days.

Dr Catherine Agaba disappeared on April 13, 2019, after she reportedly asked for annual leave from her workstation- IHK.

“The entire staff of International Hospital Kampala would like to inform the public that one of their colleagues; Dr Catherine Agaba was reported missing on 13th April 2019. Dr Catherine is working with the hospital as a Medical Officer,” IHK said in a statement issued on Thursday.

“Our last contact with her was on Tuesday 9th April when she applied for annual leave. We appeal to anyone who has any useful information regarding her disappearance or whereabouts to report to the IHK Human Resource Office or the nearest police station. We continue to stand with and pray for her and her family during this trying moment…” the IHK statement reads. 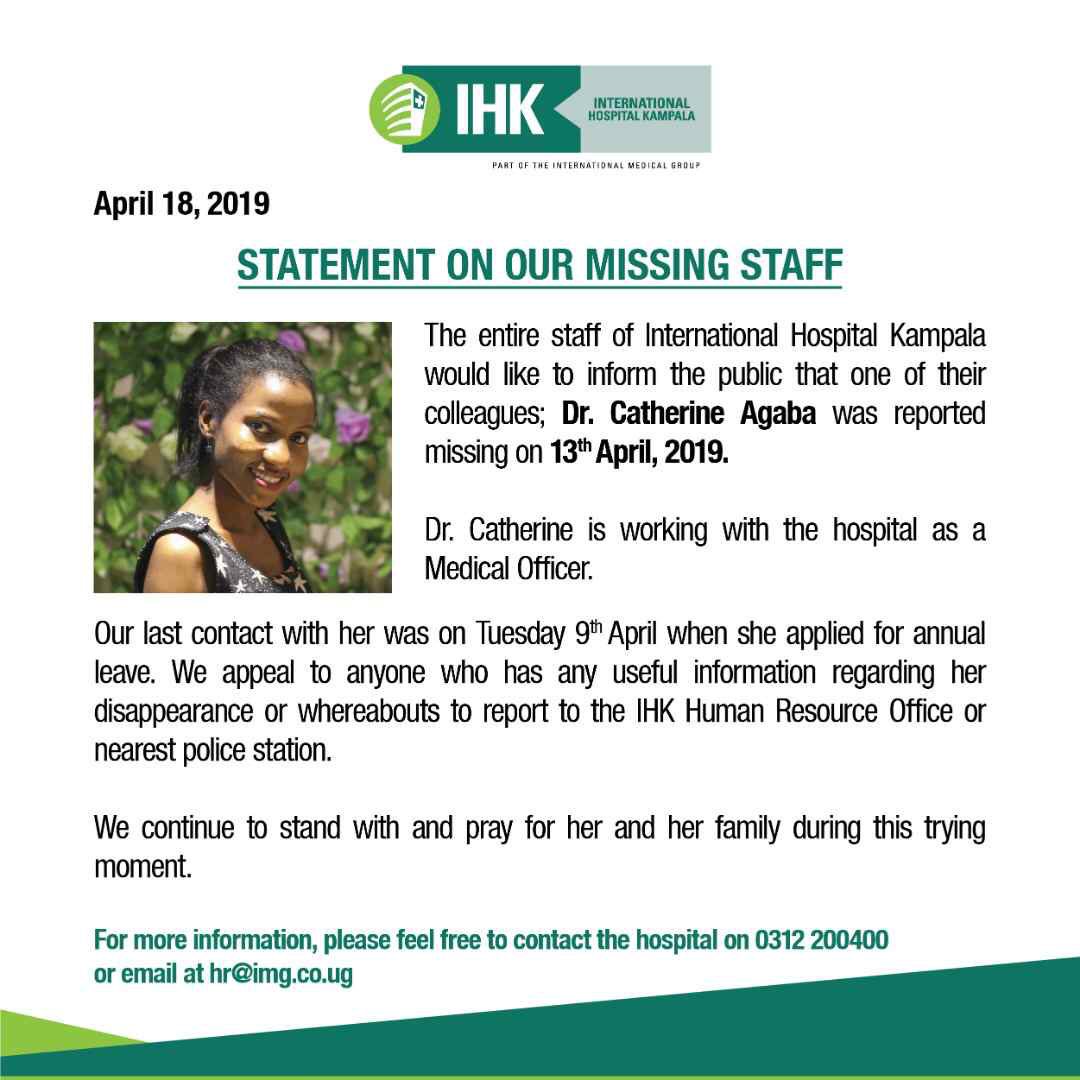 The family also put out a social media post informing the public about their missing relative, but have not received any feedback on her whereabouts.

Police Spokesperson Fred Enanga said they are working with the family to trace the missing doctor.

“You know it’s not a direct case with glaring leads. We are using an intelligence approach to find the missing people,” Mr Enanga said.

From last year, cases of missing persons have increased. Many have been kidnapped with their captors demanding for ransom.