JINJA – Uganda National Roads Authority (UNRA) has Wednesday, April 3 issued a travel advisory as it moves to repair the defected parts of the newly launched source of the Nile Bridge.

UNRA has also admitted that the cable bridge had developed cracks raising concerns of shoddy work on the multi-billion project that was commissioned in October 2018.

Constructed at Shs450 billion, the New Bridge was designed with a structural life span of 120 years and its picturesque location is expected to enhance tourism in the country. The 525m-long bridge has a central span of 290m, end spans of 135m and 100m on the east and west banks respectively.

The overall width of the Bridge is 22.9m wide. It has a dual carriageway 7.0m wide with a pedestrian walkway of 2.25m wide on both ends. 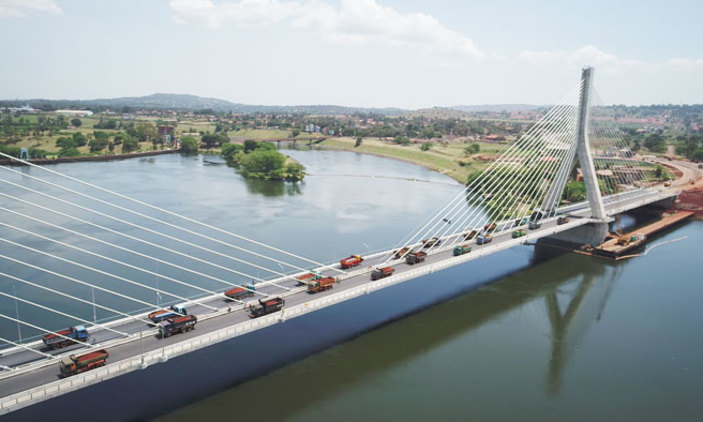 “The contractor of the source of the Nile Bridge, under the supervision of the consultant, the Joint Venture of Oriental Consultants Co. Ltd representing the Uganda National Roads authority [UNRA] will undertake restoration works to replace the defective pavement asphalt layer on the bridge to start on the 15th of April 2019 up to the 10th July 2019,” reads the public notice seen by this website.

The construction process will involve the application of a waterproofing material to the concrete deck surface that will effectively bond with the modified polymer asphalt layer.

This is the second time for the bridge to be repaired.  However, Allan Sempebwa, the media relations manager in the office of UNRA Executive Director, said the January claims were not true explaining that the layer they had put on the bridge was temporary and that they were removing it to put the main one.

The restoration effect on traffic

The three months restoration works according to UNRA will see transport and movement along Jinja high diverted as follows;

The Kampala bound traffic [Jinja to Kampala] shall continue to use the source of the Nile Bridge, Jinja bound traffic [Kampala to Jinja] shall be diverted to the Nalubaale Bridge. 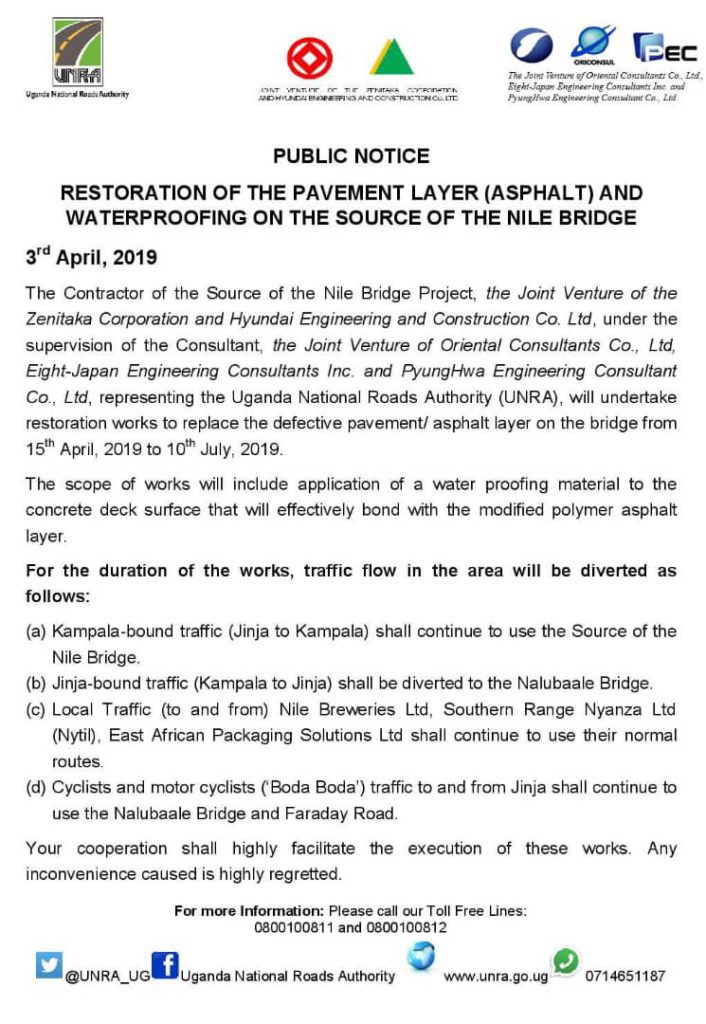