KAMPALA – Uganda, and Israel have committed themselves to step-up defence co-operation in order to safeguard peace and security.

The two parties discussed possible areas of mutual cooperation such as collaboration in the fight against terrorism and further professionalization of the UPDF.

Israel Defence Forces are famous for their expertise in building capacity for partners and therefore offered to support UPDF in that regard.

The commitment was made during a meeting between  Col (Rtd) Charles Okello Engola, Minister of State for Defence (General Duties), and Brig Gen (RET) Mishel Ben Baruch, Israel’s head of International Defence Cooperation-Directorate, held at the Ministry of Defence and Veteran Affairs headquarters – Mbuya.

Mr. Engola applauded the Israel government for supporting Uganda in its development programs and supporting mechanisms that ensure peace and security on the African continent.

He further said that it is such support that has enabled Uganda to be a beacon of peace on the continent “We have been able to help our brothers in Somalia and other parts of Africa partly because of your country’s support,” he noted.

Brig Gen) Baruch briefed the meeting on the partnership and military experience that can be shared with Uganda.

He said the visit was “deeply moving” and symbolized the deepening relationship between Israel and Uganda.

He also hailed the UPDF for its successful mission in Somalia and said the Israel government will continue sharing experiences because of the strategic relationship both countries have built over the years. 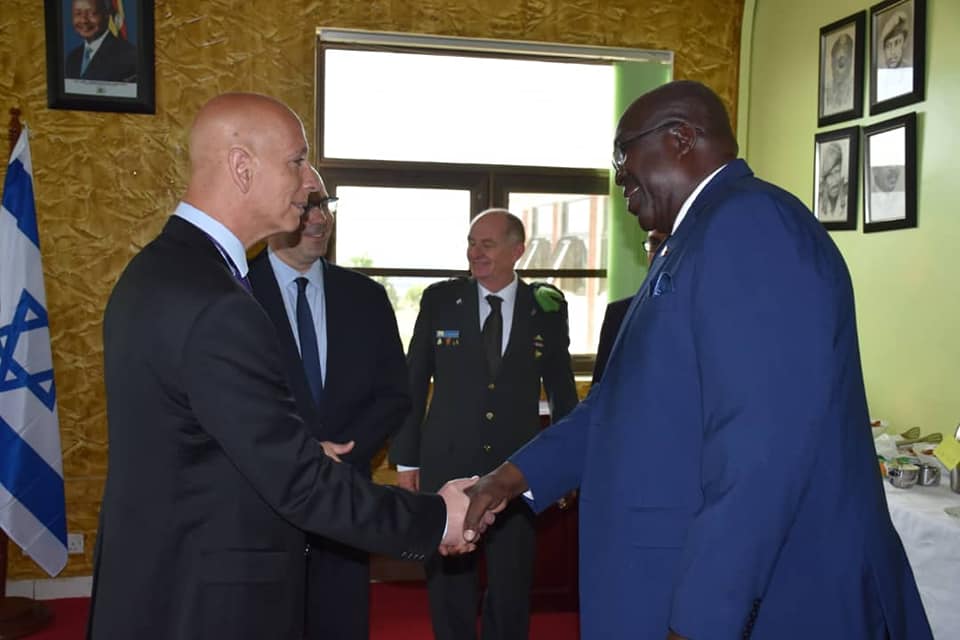