HAPPENING NOW: Tension in city as Bobi Wine is brought to court

The singer turned motor-mouthed politician and now an opponent of long-serving President Yoweri Museveni is at war with the Police for stopping his concerts, a source of his livelihood. 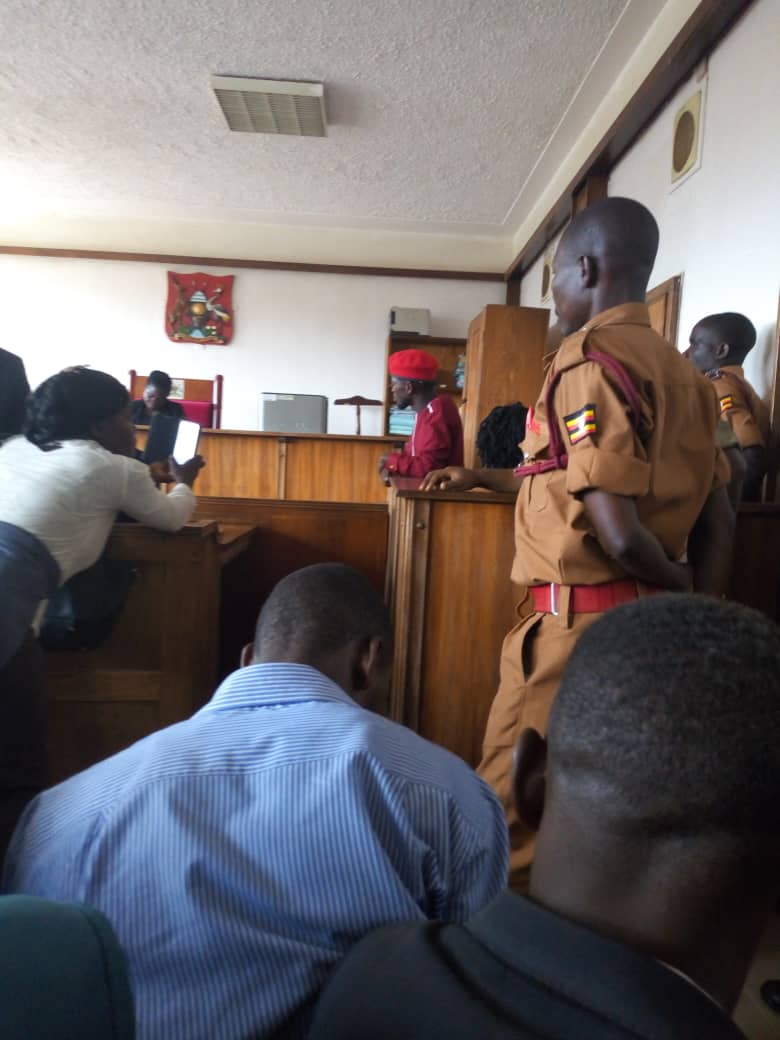 The MP was arrested earlier in the morning in Karerwe near the Mulago junction on his way from his home in Magere.

Bobi Wine was reportedly heading to CIID Headquarters in Kibuli where he was supposed to appear as directed by police following his release from house arrest.

At the time of his arrest, hundreds of his supporters were swarming his vehicle, forming a large procession and blocking traffic. 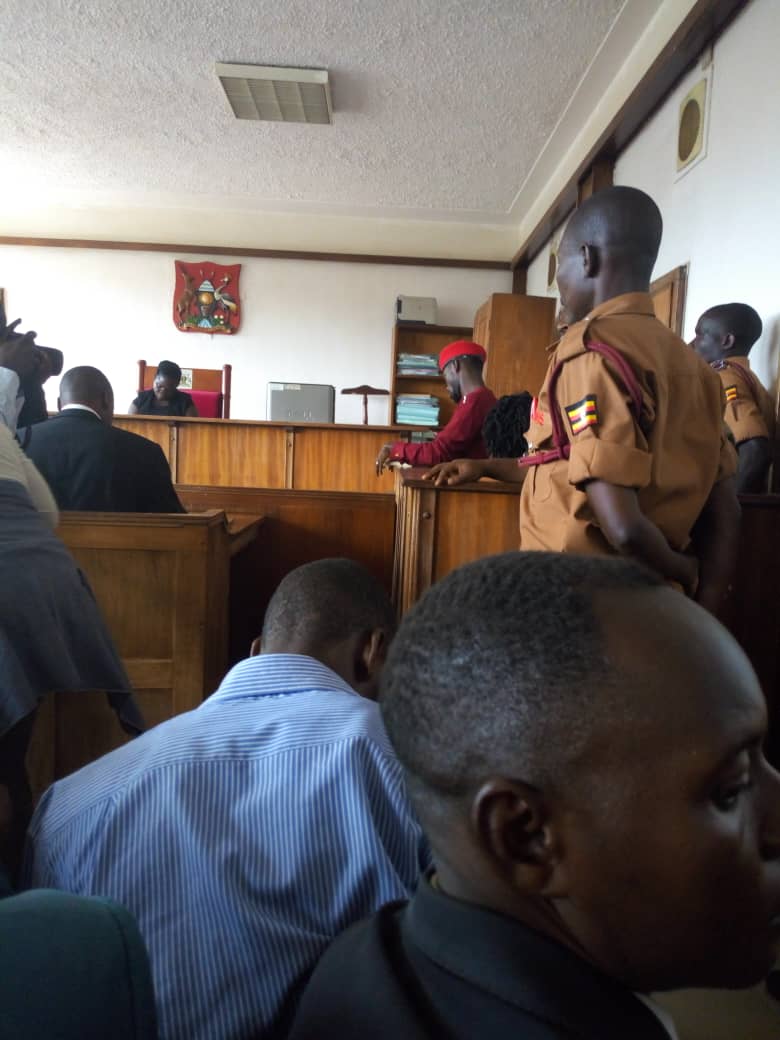 Police spokesman Fred Enanga in a statement says the MP had “shown blatant disregard for the law.”

“He faces additional charges of holding an illegal assembly and procession after he was accused of organizing his supporters to escort him along the way,” Enanga said.

“He was transferred to Nagalama, where his case file is being processed for perusal and probable court action.”