KASESE – Leaders of the opposition Forum for Democratic Change (FDC) on Monday, April 29 braved the heavy police and military deployment in Kasese to address their supporters in the district.

The police and the army had sealed major roads leading to the district in order to block Party President Patrick Oboi Amuriat, Women’s League chairperson Ingrid Turinawe and Dr. Kizza Besigye from visiting the district.

However, the meeting went on uninterrupted where Mr. Amuriat received 1,543 NRM supporters who crossed to FDC. They also handed over their party cards.

During the meeting, Mr. Amuriat accused President Museveni of becoming a dictator who does not respect state institutions.

“A dictator does not respect state institutions; he owns them and abuses or misuses them. Mr. Museveni is definitely a dictator and don’t expect that his Institutions will work for you,” he said.

“A dictator will never allow you to enjoy freedoms and rights. Recently, we have been banned from speaking to people on rallies and on Radios. President Kizza Besigye has been pulled out of Radio stations thrice and four Radios stations have been switched off while Kizza Besigye is speaking to people. We know Museveni doesn’t want people to hear the truth. It’s only him that wants to tell people lies,” he added.

Mr. Amuriat said although that know Museveni’s institutions are dead and will not accord them justice, they are going to petition Parliament and UCC for record purposes that they have been denied a chance to speak to Ugandans using electronic media.

The FDC president also said the party is now stronger than ever. 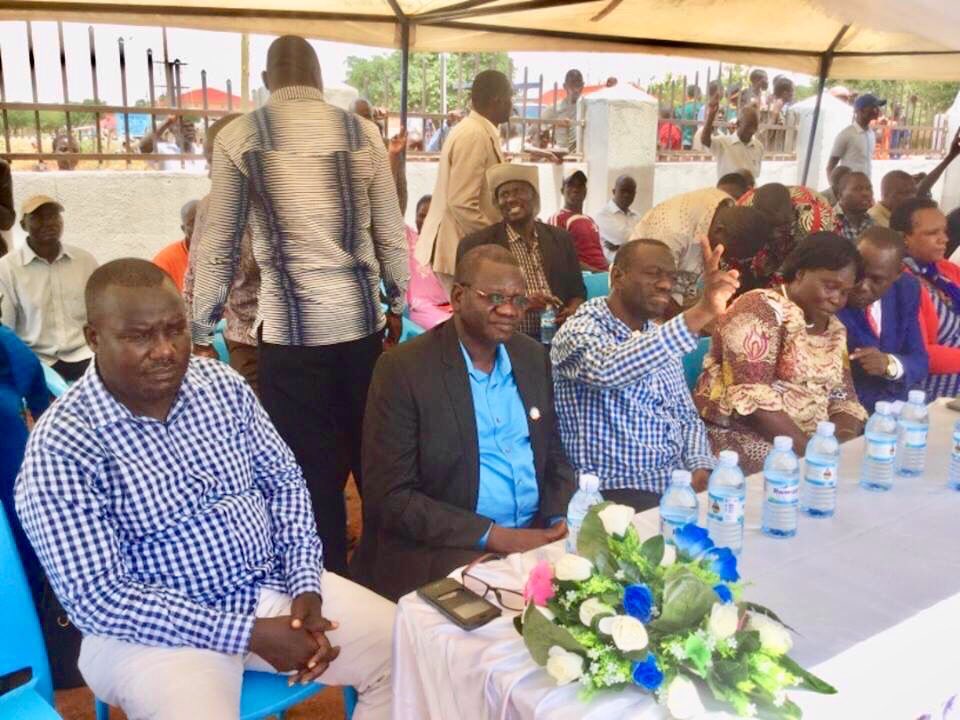 “I also want to inform you that your wonderful Party (FDC) has grown stronger. You may have heard Mr. Museveni saying there will not be opposition by 2021 but be informed that Museveni will pocket other political parties but not FDC. FDC is now stronger than when I inherited the presidency. We are working as a team. In fact now we work as a Trinity (FDC, Parliament and People’s Government). When I invite President Kizza Besigye to Najjanankumbi for a discussion or presentation, he comes and accords me my office respect. When I go to Katonga, I show him respect as President. When the Leader of Minority Betty Aol Ochan, President Kizza Besigye and myself meet either at Katonga, Parliament, FDC HQ or in the field, we accord each other absolute respect.”

He said the FDC is under attack from both Mr Museveni regime’s and some of the people in opposition. “But be careful about the propaganda they spread against your party and leaders. It’s aimed at demoralising you. Keep focussed and ignore the propaganda. But when you come under attack from the regime security apparatus, and it is going to intensify, make sure you remain non-violent. If someone confronts you with guns and teargas, if it means putting up your hands to show you are unarmed, do so and we see if they will shoot you when you are unarmed. But don’t run away because the security people, even when armed, fear your resolve and commitment,” he added.