KAMPALA – As a multi-faith country, Uganda’s population is predominantly Christian, accounting for 66 percent, while the rest is made up of Muslims, Hindus, Bahais, Jews and African traditional religions.

Over the years, Ruparelia Foundation has allocated substantial support to aid churches, mosques and other religious groups in improving service delivery in their communities.

Latest, the Foundation has on Monday donated bags of cement towards the completion of a Multipurpose building of the Archdiocese of Mbarara Development Association (AMDA) at Lubaga.

The building will among others host a multipurpose hall, business offices, priests houses and the Archbishop’s Residence. Sunday 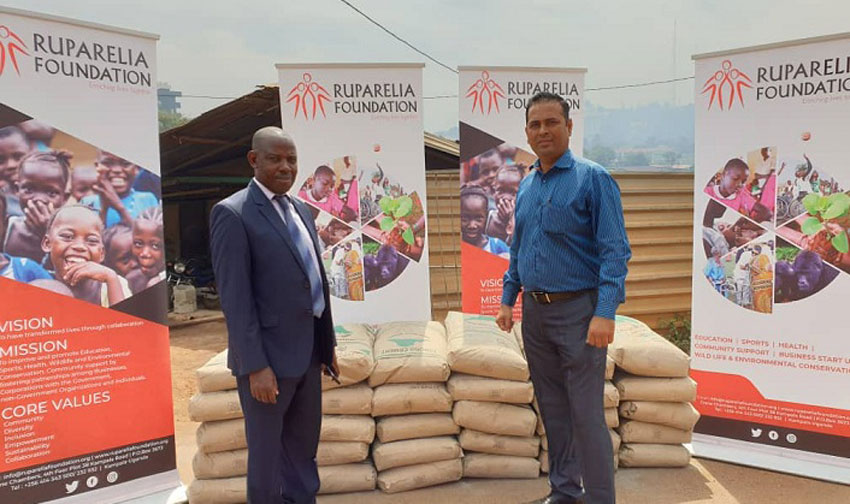 The contribution was received by the treasurer of the construction committee, JB Kairukomusyo who lauded the Foundation for the caring heart towards the great causes.