Following his appointment follows his ongoing mission to give the African woman a platform to tell her story internationally through their art and talent.

Mr. Kigozi was nominated for a 2017 Daytime Emmy Award as a Producer of ABC’s “The Wildlife Docs” in the Outstanding Special Class Special category.

“We are happy to join forces with Isaac. He is certainly an asset to our international team and has a great vision to empower Africans to maximize their potential and embrace their artistic talent. We share the same vision and we’re happy to work together to bring fine African films to the big screen, here in America,” Mr. Jarrod Knowles IndieWise founder and president, said. 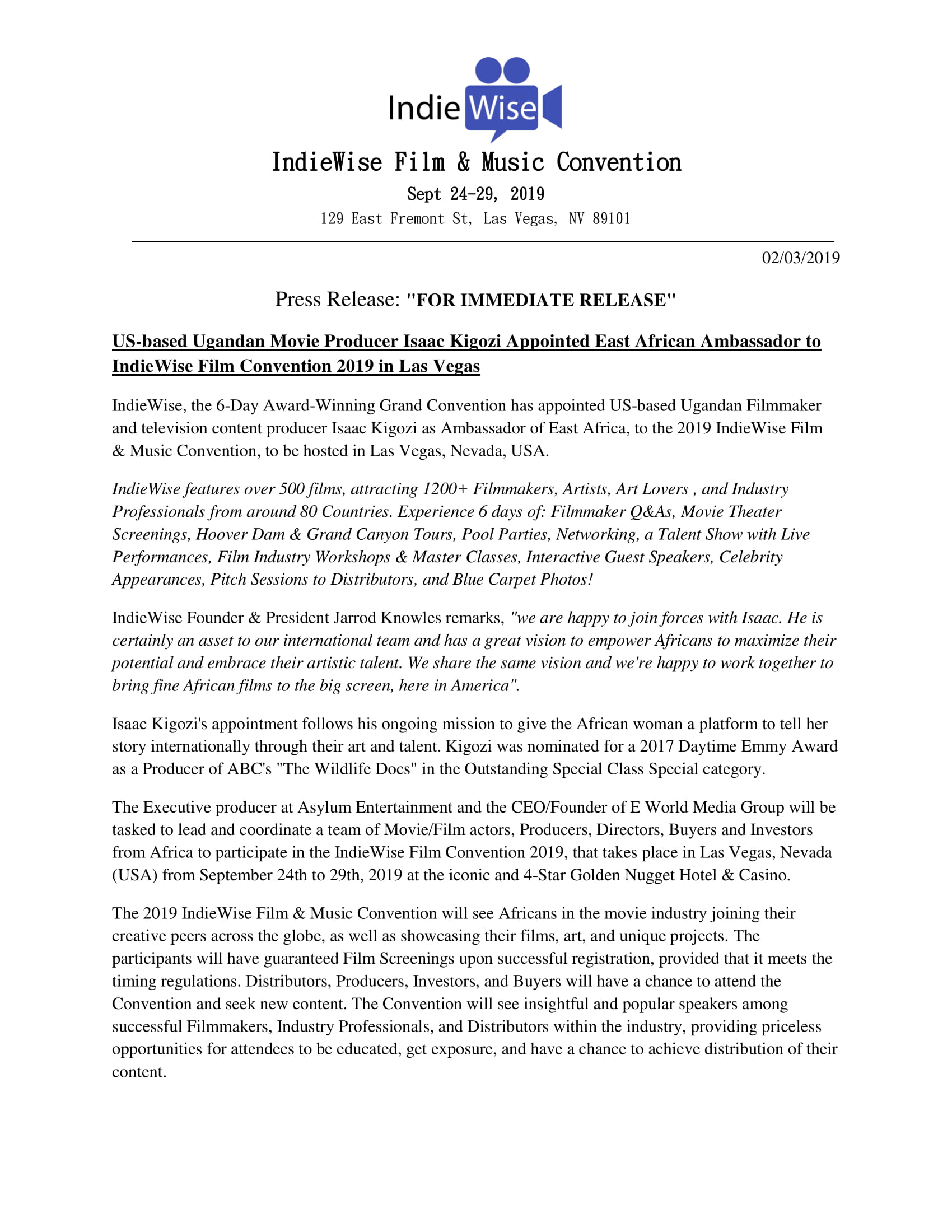 Mr. Knowles said the executive producer at Asylum Entertainment and the CEO/founder of E World Media Group will be tasked to lead and coordinate a team of movie/film actors, producers, directors, buyers and investors from Africa to participate in the IndieWise Film Convention 2019, that takes place in Las Vegas, Nevada (USA) from September 24 to 29, 2019, at the iconic and 4-Star Golden Nugget Hotel & Casino.

The 2019 IndieWise Film & Music Convention will see Africans in the movie industry joining their creative peers across the globe, as well as showcasing their films, art, and unique projects.

The participants will have guaranteed Film Screenings upon successful registration, provided that it meets the timing regulations. Distributors, producers, investors, and buyers will have a chance to attend the Convention and seek new content. The Convention will see insightful and popular speakers among successful Filmmakers, Industry Professionals, and Distributors within the industry, providing priceless opportunities for attendees to be educated, get exposure, and have a chance to achieve the distribution of their content.