The new monument, an artistic imposture of the Ankole long horned cow was erected this week, with the sponsorship of Airtel Uganda.

But the public is not impressed by the efforts of the telecom company in thinking out the new monument.

First to shoot it down was Kampala Lord Mayor Erisa Lukwago, who wrote:

“As we are still battling Airtel to redesign and modify their towers at Kibuye and Jinja road junctions that symbolize our heritage, they have now descended onto Amahembe g’Ente junction in Mbarara … this Airtel clutter in Mbarara is awful and totally unacceptable. They must be called to order.

“The cow is no more. Airtel built metals. Re-write the sentence starting with Mbarara”.

Agatha Ayebazibwe wrote: “Dear Airtel Uganda, this thing looks, smells and tastes ugly. Remove it like yesterday. We want to see our bull properly.  Thank you”.

Mbarara, known as the land of milk and honey, has traditionally used an iconic Ankole long horned cow, a milk producer’s statue as you enter it (Amahembe Gente). But with users dismissing the artistry new monument erected by Airtel Uganda, one user equated it to “fallopian tubes” 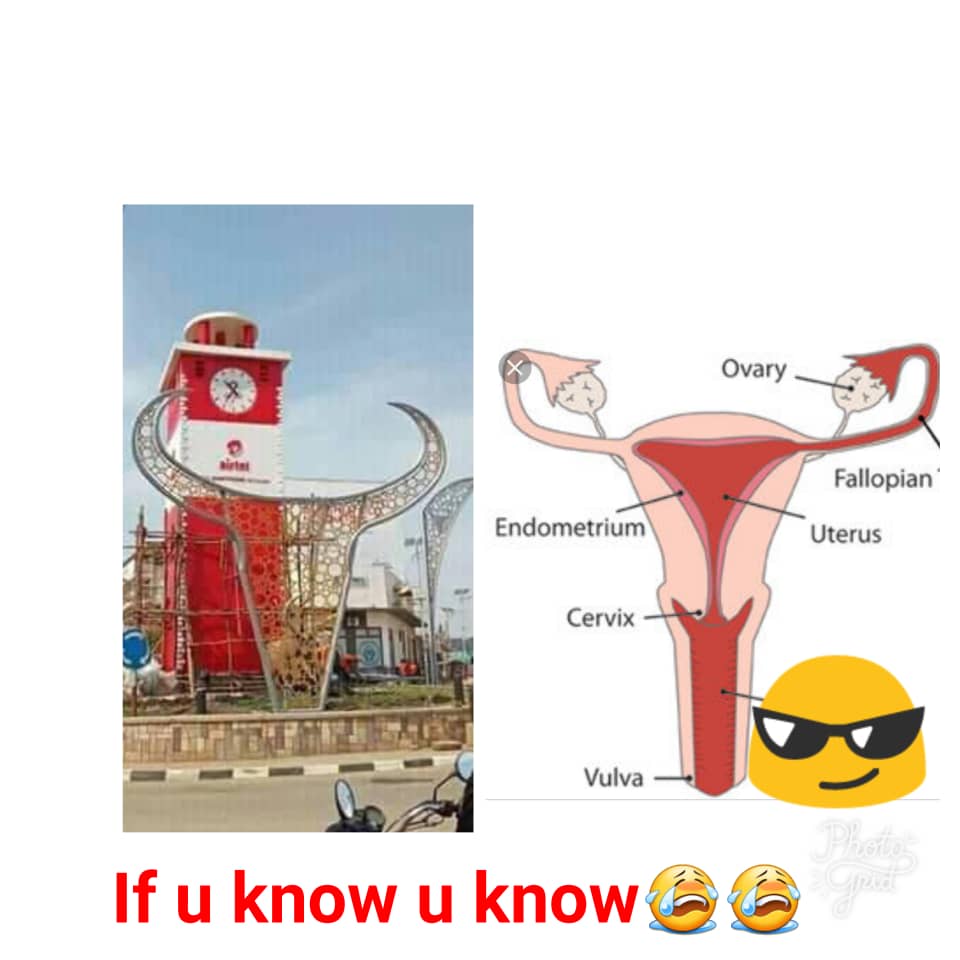 Authorities were yet to comment about the public displeasure about the new monument.