Mr. Kateregga, a second-year student of Bachelor of Arts with Education, who stood under the People Power banner polled 3,912 votes followed and closely followed by another People Power candidate and closest rival, Joshua Mukisa, a 3rd year Law student who gathered 3,365 votes.

Makerere Vice Chancellor Prof Barnabas Nawangwe was the first to congratulate Kateregga upon being elected the 85th guild president.

On Saturday, March 16, President Yoweri Museveni told ruling party lawmakers that stoppage of Ugandan exports to Rwanda will have no impact to the economy.

On Wednesday, Uganda’s Foreign Affairs Ministry Sam Kutesa issued a statement accusing Rwanda of introducing an export permit system for those that intend to import goods to Uganda.

Describing it as a technical and non-tariff barrier to trade, Uganda insisted that it amounted to a trade embargo, saying there had been no successful applicants.

Uganda also accused Rwanda of preventing the export of Ugandan goods across the border, in addition to restricting goods and trucks from Rwanda from crossing over to Uganda.

Rwanda had also previously accused Uganda of economic sabotage, saying it frustrated goods transiting through its territory, destined for Kigali.

In the aftermath, WhatsApp co-founder Brian Acton urged the world to ‘delete’ their Facebook accounts ‘now’, Mail has reported.

He called for people to ‘reject’ Facebook by deleting its family of apps from their smartphones and other devices.

The shocking call came after the world’s largest social network that was  beset by a string of privacy scandals which Facebook continues to deny.

Mr. Acton has been openly critical of Silicon Valley firms like Facebook and Google in the past for their seemingly profit-driven approach at the expense of people’s data.

Mr. Acton is one of the great minds behind what we know as WhatsApp today. He along with Jan Koum founded the company in 2009 and later it sold out to Facebook in 2014 for $19 billion.

“We give them the power. That’s the bad part. We buy their products. We sign up for these websites. Delete Facebook, right?” Mr. Acton said.

The legislator handed over the items to the local leaders amid praises.

‘We were born to create a difference in our societies, especially for the disadvantaged, as the persons behind the evictions were protected by the police,” said Kyagulanyi in dismay.

In October 2018, Robert Kyagulanyi assured people of Lusanja that he and his colleagues in parliament were ready and willing to assist them in rebuilding their area despite what they suffered.

He made the remarks while visiting Lusanja, days after high court judge John Eudes Keitirima ruled that the chief magistrate Court at Nabweru that ordered the eviction of the people of Lusanja had no jurisdiction to handle the case.

In a statement, Mr Rogers Mulindwa, the NRM senior manager for information, Communication & Public Relations, said the position by the NRM Legislators was taken shortly after the presentation by the Party Secretary General, Ms Justine Kasule Lumumba, on the topic “Towards 2021: Milestones & Strategies for the NRM Party”.

During her address, SG Lumumba read out to members the Chobe resolutions.

The motion mover, Ms Hellen Asamo, representing PWDs in Eastern Region, said Uganda needs President Museveni now more than ever before for his firm guidance and mentorship of the Party Membership. Her position was unanimously seconded before the legislators took a break. The sessions resume later this afternoon with a debate on lining up for the party internal elections as also proposed by CEC.

Besides that, the World Food Programme (WFP) on Sunday, March 18, suspended distributing Super Cereal – a fortified blended food – in Uganda after scores of people were taken sick and were admitted to health centres following local food distributions in the Karamoja region. 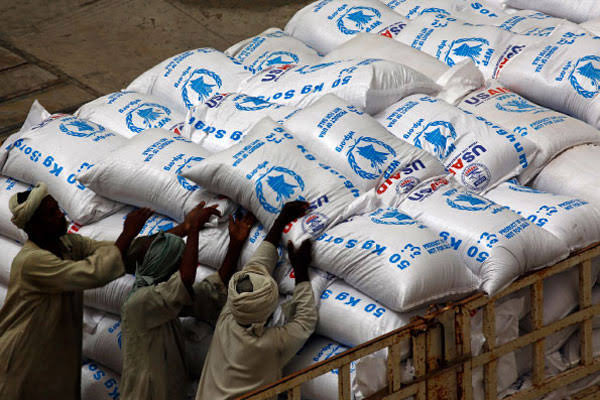 The Government and WFP are investigating and have submitted samples of Super Cereal for laboratory tests to determine whether there is a link between eating blended food and people falling sick after distributions. From the outset, WFP has treated this as a matter of extreme urgency.

As a precaution in case Super Cereal is linked to outbreaks of sickness, WFP is stopping distributing Super Cereal in all its operations in Uganda including in refugee settlements across the country and in its Maternal Child Health and Nutrition (MCHN) programme in Karamoja.

WFP is supporting local governments in communicating with communities on the situation and is urging them to stop eating Super Cereal as a precaution in case a link is found.

On Saturday, 16 March, people with suspected food poisoning were reported admitted at Lotome Health Centre in Napak district one day after a distribution there to families. Other people including children were admitted to Karita and Lokales health centres in Amudat district.