KAMPALA – The Parliaments of Uganda and Serbia have signed a Memorandum of Understanding (MoU) to establish collaboration between the two legislatures.

Kadaga welcomed the call from the Serbian Speaker for Uganda to take advantage of the free trade area in Serbia to reach other markets in the European Union. 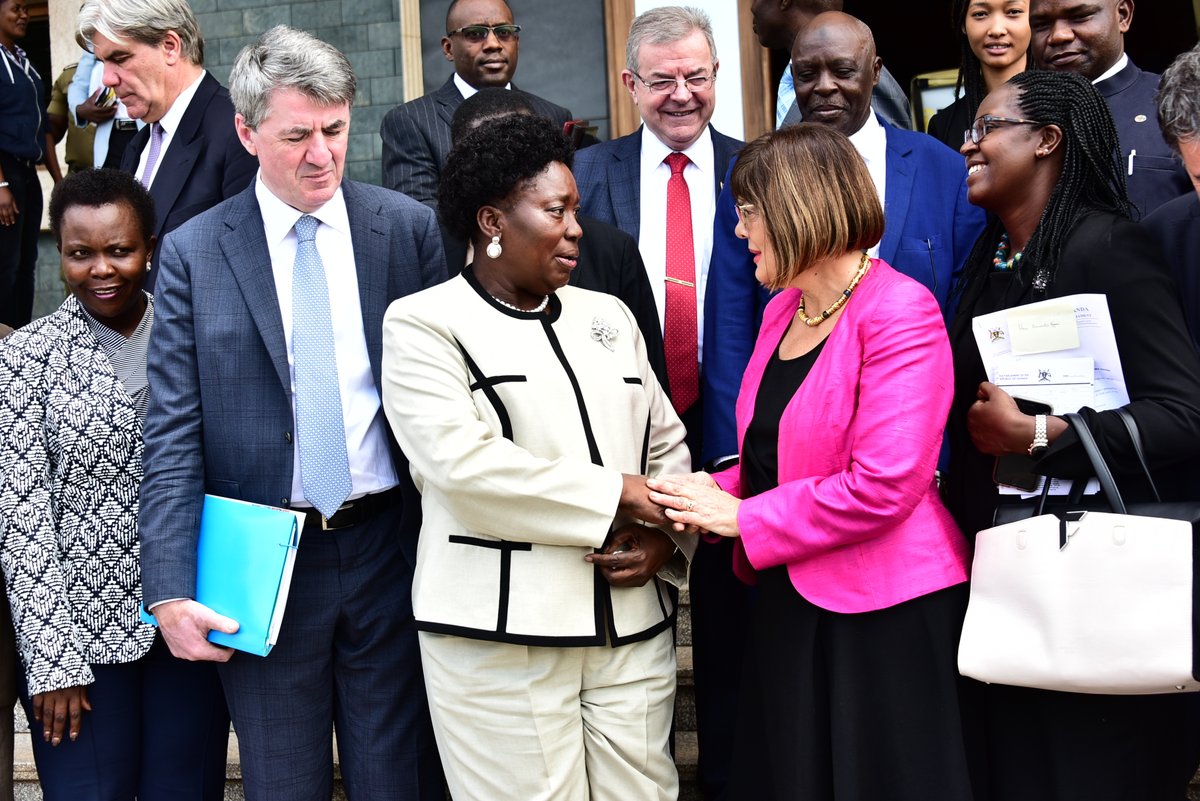 “It is very exciting to hear from H.E. Gojkovic that through Serbia, we can access other markets. It is something we are going to take up very urgently with the Minister of Trade and the Chamber of Commerce,” said Kadaga.
She added that Uganda is already exporting fruits to Serbia and will increase the quantities and frequencies of exports.

“We are an agricultural country and we want to continue exporting to your country,” said Kadaga.
Kadaga commended the government of Serbia for making progress in developing the country, despite the turmoil it faced.
“We shall have to arrange for visits to Serbia to see what you have done in a short time because you have worked effectively.  There is so much for us to learn,” said Kadaga.

She reiterated Uganda’s commitment to increasing women representation in Parliament.

“I am happy to report that the Uganda Parliament has over 34 percent representation of women. We have a very strong movement of the women’s caucus which has been responsible for moving several motions for bills,” Kadaga said.

H.E. Gojkovic, who was flanked by two MPs, said that their visit to Uganda is aimed at exploring possibilities of improving bilateral and multilateral cooperation.

“We are happy that after this first visit, we have signed a Memorandum of Understanding with the friendly Parliament of Uganda. Our host has already established a parliamentary group of friendship between Uganda and Serbia,” said Gojkovic.

She added that the MoU intends to establish cooperation between the committees of the two Parliaments.
“We have spoken about further cooperation within the Inter-Parliamentary Union,” said Gojkovic.

She also invited Kadaga to make a return bi-lateral visit to Serbia and attend the 141st IPU Assembly, which is due in the country’s capital, Belgrade 13 – 17 October 2019.