“The armed men ordered the deputy attorney general to get off his car and shot him dead, they sped off with the deceased’s car, but the police later found it abandoned on the roadside,” said Gelle.

Eyewitnesses reported the event saying they heard gunshots at the scene of the murder.

“Two armed men riding in a three-wheeled motorcycle stopped the car of the deputy attorney general and then opened fire on him and he died on the spot,” Hawa Hussein, a local resident told Xinhua.

On September 27, 2017, armed men shot Mursal’s mother, Anab Hashi who was the general secretary of National Women Organization at the junction of Hamar Weyne District of Mogadishu.

Al-Qaida affiliated group al-Shabab has claimed responsibility for the murder of the Deputy Attorney General. 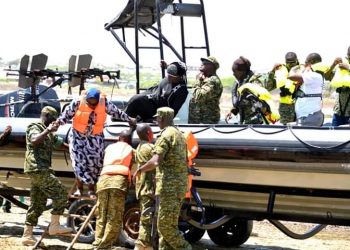 UPDF contributes to safety of waters