Kampala Metropolitan Police spokesperson Patrick Onyango in a statement on Thursday said the journalists, driver, and cameraman who were arrested had been involved in buying government drugs on the black market.

However, in a contradicting statement, Fred Enanga told journalists that it was wrong for the journalists to be arrested.

Enanga admitted that it was a mistake for the journalists who were doing their job of exposing government officials involved in the sale of government drugs to be arrested by a joint team of security operatives including Police and the Internal Security Organisation.

The force later apologized following pressure from media organizations and public including some sober government officials.

This, however, turned out to expose the poor coordination in a number of government agencies including police, army, and other sister security agencies.

The arrest clearly indicated that there was no coordination and communication between security agencies and the State House Health Monitoring Unit. 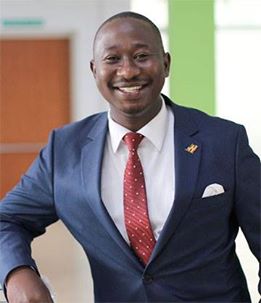 “I have spoken to Commander at Kampala Metropolitan Police, Moses Kafeero and his issue was that the story was going to embarrass the government and I disagreed with him,” government spokesperson Ofwono Opondo said.

On her part, State minister of Health for General Duties, Sarah Opendi said she was surprised that people who are trying to expose thieves in government were instead turned into thieves.

Don Wanyama, the Senior Press Secretary to the President, the NBS Television together with BBC were working with the State House Health Monitoring Unit in a bid to help bust the cartel behind the sale of government drugs.

Away from government multiple organ failure, several countrymen and women have poured their frustration condemning the Miss Curvy Uganda Beauty Contest, describing it as a shame and a disgusting display of exploitation of women.

This was after tourism State minister Godfrey Kiwanda headlined the launch of the pageant at Mestil Hotel in Kampala, where he said the pageant was launched to select “sexy curvaceous” women and the finalists will be selected in June.

Uganda Women Parliamentary Association (UWOPA) and the Parliamentary Forum on Children Affairs also joined those criticizing the minister and asked him to apologize. The UWOPA chairperson and Budaka Woman MP, Pamela Kamugo, said it is sad for the minister to promote women as tourist attractions.

Kamugo said Uganda is gifted by nature with lakes, rivers, mountains and beautiful flora and fauna, which support tourism instead of using women adding that the contest is immoral.

Although Kiwanda has remained in the spotlight under fire over the Miss Curvy project, he still enjoys the support of the President.

President Yoweri Museveni said he is firmly behind Kiwanda’s ‘Miss Curvy’ campaign which has stirred controversies among women activists and on Social Media.

Museveni said while promoting curvy sex is not a cabinet decision as insinuated in media reports, he speculates that after Uganda embracing Quiin Abenakyo who won the Miss World Africa Contest in China and was later hosted by the Parliament of Uganda, the young people in their thinking must have said if beauty is a selling point for a country and the world, let’s be creative.

“I suspect when Miss World won the beauty contest, in their simple reasoning they started this and talked to [Minister] Kiwanda. We shall advise them and understand where they are coming from. They may have thought if beauty is good, how about structure,” he said.

Museveni cautioned that instead of so-called activists who are full of themselves criticizing these young people, they should talk to them and handle them with sympathy.

The President said the whole country encouraged Miss World Africa Abenakyo to sell Uganda. “If we did that, were we right, only slim ones? Of course, people should not come to look at our women. When we had AIDS, I came and shouted, ‘avoid skirts and trousers’, people said I was discouraging tourism. I told them if the tourists come, they should stick to their terms of reference,” he said.

Before he backed Kiwanda’s ‘immoral’ campaign, Museveni first embarrassed his minister to investors in public when he admitted that they sleep on the job and they are selfish.

Capping a momentous week, President Museveni shocked the country when he promoted his son Muhoozi Kainerugaba to the rank of Lieutenant General which is the third highest rank in the army after General and Field Marshal.

Kainerugaba is now one rank below his father – Museveni.

I read in papers that he also promoted the likes of Sabiti Muzeyi from the rank of Brigadier to Major General and Peter Elwelu who was promoted from Major General to Lieutenant General.

Museveni has also promoted more than 2,030 officers and men of the Uganda Peoples Defence Forces- UPDF personnel to various ranks.

A hundred of the officers were promoted to align with establishment appointments, 97 were promoted due to retirement, and 130 were promoted for long reckonable record of service and 49 after successfully completing Grade II staff course. 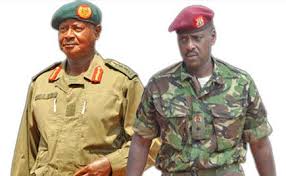 Several people have since questioned the methods of army promotion with including army officers saying there is no transparency in promotions as only those close to the big man get promoted.

In the same week, news came in that Bobi Wine’s Tuliyambala Engule song was used in the new United States of America documentary film as the introductory soundtrack.

The documentary titled ‘They shall not grow old’ is the top United States of America newly released movie that pays brilliant cinematic tribute to the sacrifice of a generation.

It tells the story of World War I through the voices of the soldiers, who discuss their feelings about the conflict, the food they ate, the friends they made, their dreams of the future and ultimately the triumph of humanity over the ‘forces of evil.’

“As they say, God speaks through people, and I find the movie, its timing and the choice of this tune prophetic. No matter how determined the forces of evil are, the people shall always win in the end,” Bobi Wine posted.