KAMPALA – Uganda’s researcher Brenda Akia has scooped the Franco-German Peace and Reconciliation award for her outstanding fight against sexual violence.

Akia is a Ph.D candidate with the South African- German centre of transformational Criminal Justice at Humboldt – zu Berlin, was awarded last week at French Ambassador’s residence at Nakasero.

She is also passionate about conflict-related sexual violence under international law, strong advocacy for women and children’s rights.

“Am honored and humbled to receive this award and the principles of equality, peace and reconciliation at the centre of my work.

“I believe respect for human rights, accountability and equality are fundamental since Uganda has been at centre for post conflict,” she said urging all the stakeholders to join the struggle.

In 2018, Ms. Akia also scooped the Women 4 Women awards, an initiative by prominent women ambassadors and heads of missions in Uganda.

In 2015, the French and Federal German Embassies in Uganda started awarding personalities who have exhibited high levels of resilience in regards to human rights and advocating for peace and reconciliation in Uganda.

This was part of several others activities as both countries commemorated the Élysée Treaty, an anniversary celebrated every January 22.

Élysée Treaty was a truce of friendship between France and West Germany, signed by President Charles de Gaulle and Chancellor Konrad Adenauer on 22 January 1963 at the Élysée Palace in Paris

This was the 56th edition of the pact that focuses on long lasting friendship, cooperation and peace leading to close consultations at Political and cultural levels for two big European countries France and Germany.

“Today is an historical moment. This Tuesday marks the 56th  anniversary of the January 22,1963  when Charles de Gaulle and Conrad Adenauer signed a cooperation treaty aimed at achieving reconciliation between France and Germany  in areas international relations , defense and education because they are very much required indeed,” Stephanie Rivoal, the French ambassador in Uganda said.

Last year  a joint declaration of Emmanuel Macron and Angela Merkel set the need to further develop Franco-German cooperation in order to meet the political, economic, Social and technological challenges.

She explained that more in the Kampala Geopolitics Conference was organized by German Foundation KAS, the Alliance Francaise, UN women at Makerere University with over 4400 participants “is a perfect example of our common European values.”

On his part, His Excellency, Albrecht Conze, the German Ambassador in Uganda said this friendship is not given but rather an ongoing adventure more ambitious and everything Paris and Berlin are giving will remain unfinished forever nevertheless “our products are ready to go out of the workshop and thinking of the 2 Airbus that will be in the Uganda airlines and others in planning.”

“Our current leaders have renewed and promoted working together rather than alone for this great European Nations,” he said adding “we have one or two things to learn as Uganda   from this these two countries.”

France and Germany smashed each other in the first and Second World War and even before and dragged others.

He said the two statesmen realised the power of working together and that the current leaders should emulate this.

Chief Justice Bart Katureebe, who was the chief guest lauded both countries for their relationship with Uganda.

He said Uganda also needs statesmen who are focused on national will other than politicians.

“This is the reason we are here to celebrate this milestone, because of respect of human rights and having policies Europe has developed and this should not stop only on signing treaties but in having institutions to make this work,” Mr Katureebe said.

He said Ugandans should borrow a leaf from the Franco-German Peace and Reconciliation.

Makerere University to cut number of undergraduate admissions by 1200 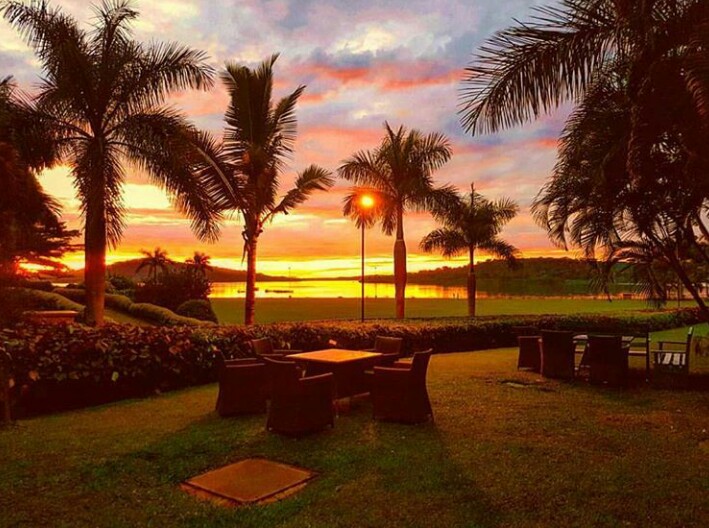