Court documents show that on 17th January 2019, Prof Nawangwe suspended Dr. Kamunyu from the University on grounds that despite repeated warnings, he continued to engage in acts that incite other academic staff to disobey, strike and undermine the university administration.

But Dr Kamunyu, who is a lecturer at the Department of Forestry, says his suspension is irregular since he was suspended for representing the views of the association he leads and not as an individual.

He also wants court to award him general damages from Prof. Nawangwe and Makerere University for portraying him as a criminal and an undisciplined lecturer for merely expressing the views of other members of the academic staff that he leads.

Dr Kamunyu further asks court to compel Prof. Nawangwe to lift his suspension as it also bars him from attending Church services and places of entertainment of which he claims the Vice Chancellor has no legal mandate.

Court has given 15 days to Prof. Nawangwe and Makerere University to file their respective responses to the suit.

According to the suspension letter which is also copied to the University’s Security manager, Nawangwe grounded his decision on the fact that he needs to protect Makerere University’s reputation since he had got intelligence information that  Dr. Kamunyu was planning to disrupt University activities.

However, in the turn of events, Makerere Lecturers have since refused to resume work until Dr. Kamunyu’s suspension is lifted 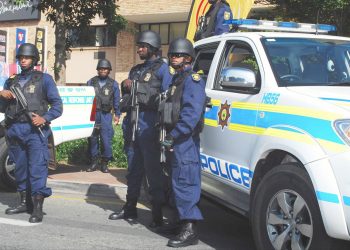