This is the third time Ms Museveni is releasing UCE results ever since she was appointed the political head of the ministry in 2016.

There is an overall improvement in English language, Islamic religious Education and Physics. Maths and Biology have also shown improvement at the distinction level 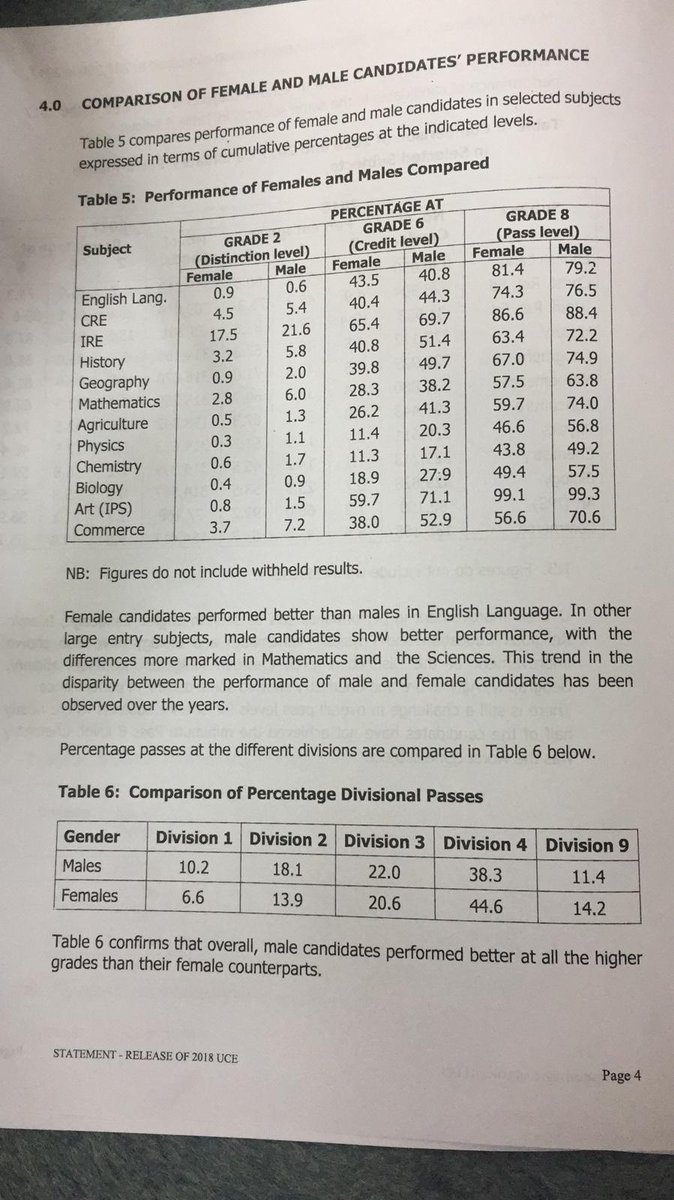 “UNEB Board has anonymised schools using codes that even examiners do so without knowing the school. The names are only revealed at result printing”

30721 candidates appeared for exams a 3.2% increase and there was decrease in absentee candidates.

Math and biology performance improved at the distinction level.

Skills of speech writing proved difficult for majority of candidates.

Many candidates presented crammed passages where they were required to use original composition.

In many schools practicals are not done by candidates until the final exam.

90% of withheld exams are from the science field especially practicals.