KAMPALA – Fresh evidence has been tabled before the committee of parliament investigating irregularities in the closure of commercial banks by Bank of Uganda and pins the beleaguered former Executive Director for Supervision Justine Bagyenda for waiving the Financial Intelligence Authority (FIA) rules for dfcu Bank to evade loan regulations.

The new evidence before the MPs, indicates that BoU officials wrote off Crane Bank Ltd loans amounting to Shs600b through unclear circumstances, and Ms Bagyenda’s January 25, 2017 letter to dfcu Bank Managing Director Juma Kisaame, giving the bank several waivers to evade the rules, is set to rattle the MPs on the Parliamentary committee on Commissions, Statutory Authorities and State Enterprises (Cosase) who are investigating irregularities in the closure of commercial banks, including Crane Bank Ltd.

For instance, Ms Bagyenda, allowed dfcu 60 days to integrate assets of Crane Bank Ltd, and to report separately on the assets acquired and liabilities assumed from the controversial transfer, presided over by the central bank. 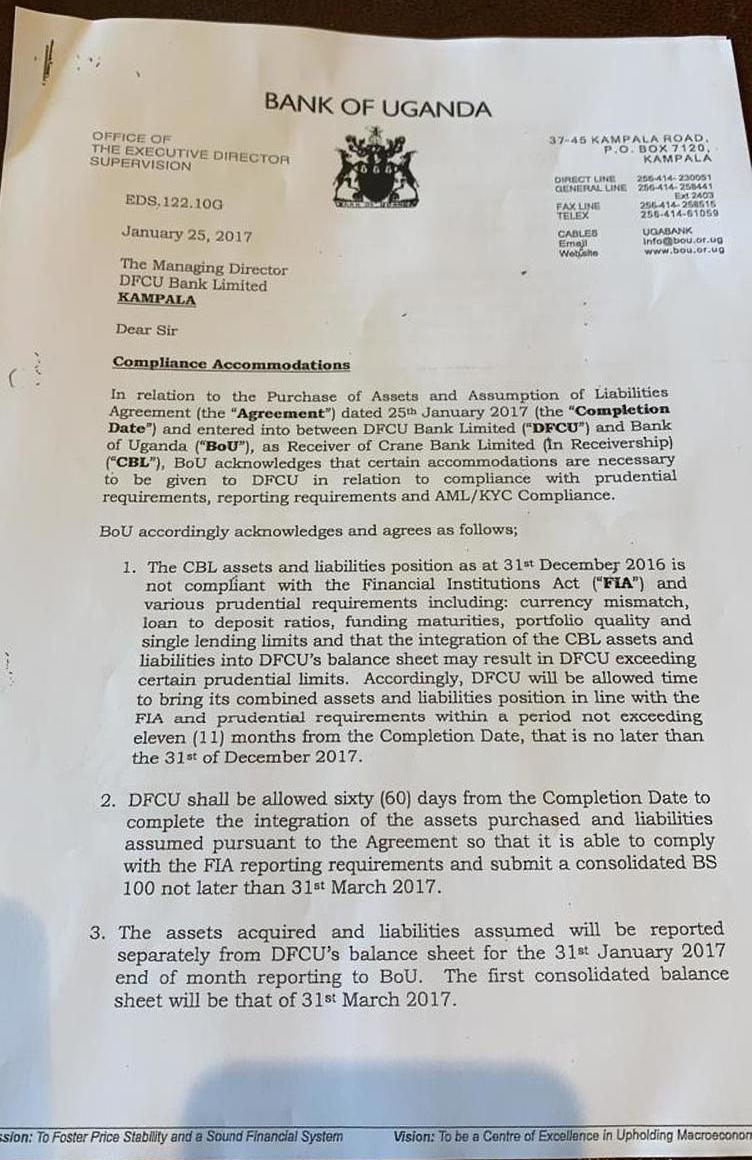 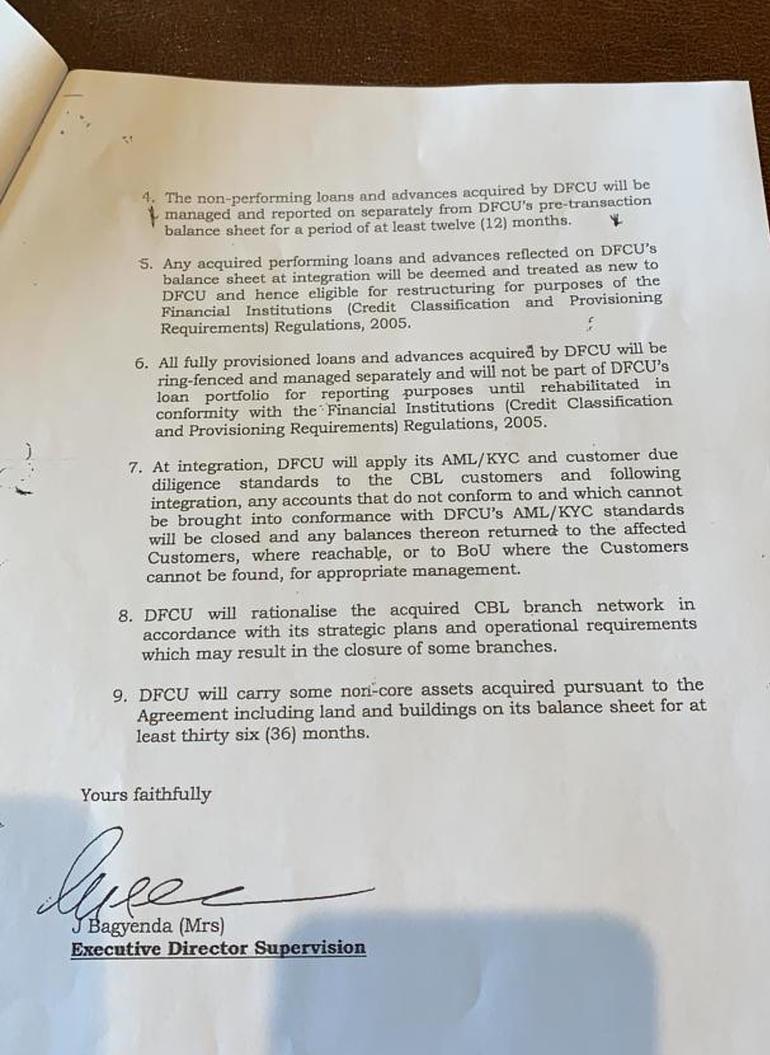 Ms Bagyenda wrote, without copying in any other official.

The new evidence is bound to land Ms Bagyenda, the deposed former executive director for supervision and board member of the Financial Intelligence Authority in trouble, with the motive of offering such waivers, a source of questioning by the MPs.

Ms Bagyenda’s re-appointment by the Finance Minister Matia Kasaija to the board of the FIA has since been blocked by a section of MPs who question her integrity.

The MPs on COSASEC have kicked off the inquiry acting on a confidential special audit report of the Auditor General (AG) that revealed weaknesses in the management of the Central Bank and questioned the governor and his team for the hitches in the closure of at least six other commercial banks.

All the former directors of the above closed banks will also be cross-examined by the committee.

Ms Bagyenda was at the helm of all the bank closures and faces the spotlight of the parliamentary inquiry.

The January 25, 2017 sale agreement was signed by BoU Governor Tumusiime Mutebile and Mr Juma Kisaame, the now-deposed managing director of dfcu Bank, without considering the interests of major shareholders of Crane Bank Ltd.

The shareholders of the defunct bank, who include the Sudhir Ruparelia family, White Sapphire, Jitendra Sanghani and Tom Mugenga, have since taken on the BoU, accusing its officials of fraudulent conduct.

The Parliamentary committee on Commissions, Statutory Authorities and State Enterprises (Cosase) will pronounce itself on the matter, that may see several BoU officials sacked.