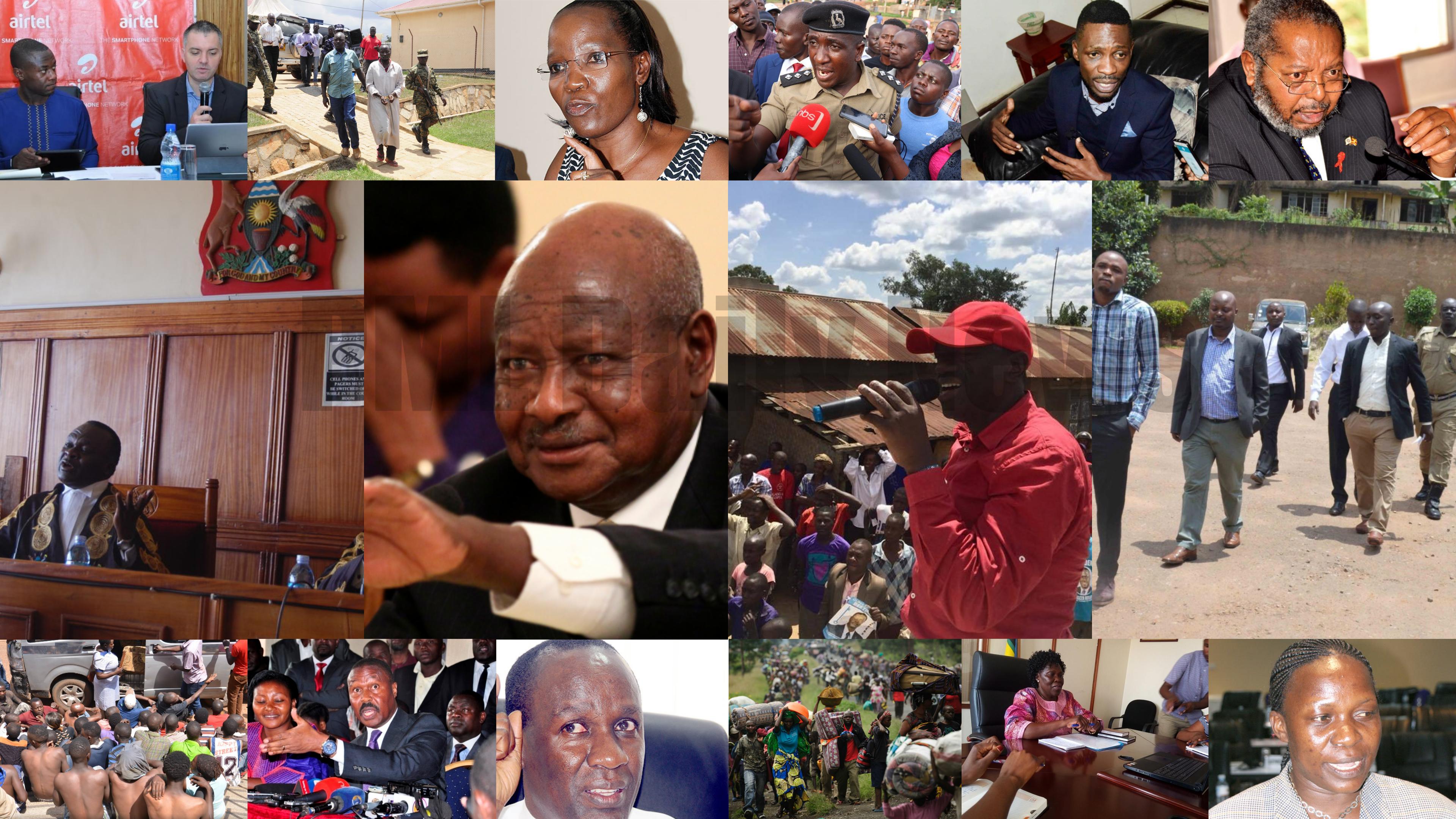 In a week full numerous events, government on Thursday arraigned a 47-year-old man before the Wakiso Magistrate’s Court and charged him with the murder of former Buyende District Police Commander Muhammad Kirumira and his friend Resty Naalinya.

Abubaker Kalungi, a resident of Mirimu Zone in Makindye-Ssabagabo Municipality in Wakiso District, appeared before court under heavy army escort.

He was arraigned before Grade One Magistrate Martin Kirya who read him the two murder counts; one for killing Kirumira and the other for killing Naalinya.

The Magistrate told the suspect that the court did not have the jurisdiction to try his case since it is a capital offence which is only tried by the High Court.

State prosecutor Josephine Nanyonga then told court that she needed more time to investigate the case and prayed for an adjournment.

In the same week, President Museveni on Friday spent the day meeting and talking to traders, vendors, and arcade owners in Kampala in a political move to halt the waning support to the ruling NRM party.

President Museveni donated more than Shs2b to different savings and credit groups of traders in the Old Taxi Park, Nakasero, Owino and Kisekka markets, all in the central business district.

Mr Museveni told the traders that they were partly to blame for voting Opposition leaders in Kampala, who he blamed for the controversial sale of the markets.

“You chased me away and brought people like [Nasser] Ssebagala, the late [John] Ssebana and now [Erias] Lukwago. That’s why we are here now,” he said, referring to the Opposition Kampala mayors.

‘We will not refund mobile money taxes’ – government

The Ministry of Finance, this week told Ugandans to forget about the refund of the 1 percent Mobile Money tax as directed by President Yoweri Museveni in July.

According to Mr Keith Muhakanizi, the Permanent Secretary ministry of finance said the money was collected and spent legally on services to the Ugandans.

He added that “the Ministry spent the Money on services enjoyed by Ugandans, there is no refund because it was also collected legally.”

Church officials have confirmed that the current Pope and sovereign of the Vatican City State is positive about revisiting Uganda as Catholic Bishops of Africa and Madagascar (SECAM) finalise formal preparations to see the 81-year-old preside over the celebration of the 50th anniversary of their association.

Dr Cyprian Kizito Lwanga, the Metropolitan Archbishop of Kampala, on Thursday said if all goes well, Ugandans will again host Pope Francis next year in July.

He was speaking during the memorial lecture of Archbishop Dr Joseph Nakabaale Kiwanuka at Pope Paul Memorial Hotel.

“I have been to Statehouse to deliver the message that the Catholic bishops, under the SECAM, asked me to talk to the President,” Archbishop Lwanga said. “As you may be aware, the association was launched here in Uganda by Blessed Pope VI during his visit in July 1969.”

Archbishop Lwanga said President Museveni was “positive about the issue”.

The list, which was released by the Minister for Presidency, Esther Mbayo, on Wednesday, indicated that 122 RDCs and 82 deputy RDCs were appointed while 35 incumbent ones were dropped from the list.

She also revealed that three RDC who had implicated in land grabbing scandals were also fired. “We have taken measures and I remember three RDCs were suspended. These three who include Ian Kyeyune of Wakiso, Florence Buyenga of Mubende and Ambrose Mwesigye of Katakwi have been dropped from this new list. Dropping is a good punishment and we shall continue disciplining them [RDCs] in case of any misconduct” she said.

Elsewhere, former presidential candidate Dr Kizza Besigye this week alleged that government planned to arrest him for the killing of Kyadondo East Member of Parliament, Robert Kyagulanyi alias Bobi Wine in the aftermath of the August 2018 Arua by-election chaos.

Besigye told journalists at Katonga road that opposition leaders had got wind of a government plot to kill political opponents and pin the killings on the opposition.

Besigye further alleged that the shooting of Bobi Wine’s driver—Yasin Kawuma in Arua was actually an attempted assassination on the People Power patron.

“The killing of Yasin Kawuma was part of a government plot to convince the public that members of the opposition were at loggerheads and taken to killing those they fear to threaten their own popularity,” he said.