JINJA – The Nyege Nyege music festival that ended on Sunday on the banks of River Nile in Buikwe District created an accommodation crisis in Jinja Town and the surrounding areas.

Hotel owners and tour operators on Monday said the four-day festival, which attracted thousands of revelers, mainly from abroad, saw all hotels and lodges in Jinja Town and the surrounding areas booked, with other visitors even forced to sleep in hotel compounds.

Mr. Charles Tsapwe, an accountant at Hotel Paradise, said the turnout this year was bigger than last year’s. He added that some visitors even booked the rooms as early as the beginning of the year.

Mr. Julius Karemba, a tour guide, said the accommodation crisis is a listen for Ugandans to take advantage of the annual festival and make more money.

“Some hotels were booked as early as January although a majority were booked a month before. I had people had booked to go to Samuka Island on September 8 and 9 but they cancelled, opting to go to Nyege Nyege,” he said.

Mr. Philip Imalingat, a staff at Speke Courts, said reservations were made for all their rooms before the festival started. “Prior to last year’s edition, all our rooms were fully booked and we anticipated a similar trend this year,” he said.

There was fanfare and wild partying at the Nile Discovery Resort, the venue of the Nyege Nyege festival, throughout the four days it was held.

Revellers spent days sipping away their favorite drink, which came in form of spirits, beer, sachet alcohol and wines. Most revelers danced firmly holding their drinks in disposal cups and bottles. Some of the revelers were tacked away smoking Shisa behind the music stages. Several women dropped the small blouses and t-shirts they were wearing during the day and only remained in bras despite the chilling wind from River Nile.

The music festival is seen to be one of the biggest of all bringing together several musicians, artistes, cultural dance troupes across Africa with participants coming from South Africa, Tanzania and revellers from all over the world. 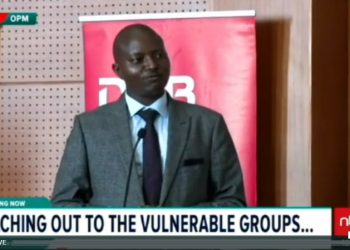