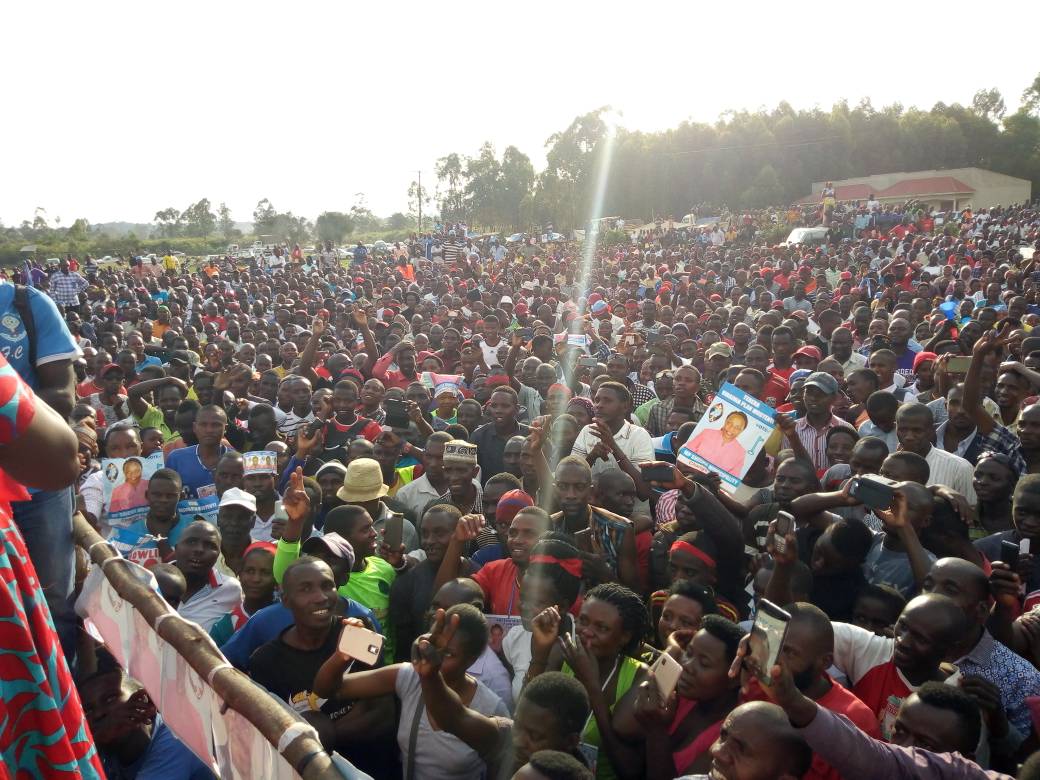 SHEEMA– Opposition leader Dr Kizza Besigye has said the NRM government is worse than the previous regimes and urged residents of Sheema municipality to demonstrate this by voting out the NRM candidate, Dr Elioda Tumwesigye.

While campaigning for FDC candidate Virginia Plan Mugyenyi at Mutojo Trading Center in Sheema Municipality, Sheema District, on Saturday, Dr Besigye said voters should demonstrate that they need to change the bad leadership in the country.

‘’This election is not an election between FDC or NRM but it is election against the bad leadership of the NRM government because they have deviated from the issues that took us to the Bush in 1980,’’ he said.

‘’The election of 1980 was very bad like what is happening in the country now when people are being arrested. They arrested me for campaigning for Museveni in 1980 with other people from Mbarara like Mbiringi and they have never been seen again and by then I had just left the university started my work as a doctor but I abandoned the work I was doing in Kenya to come and help Ugandans stop dying the way they were dying,’’ said Dr Besigye.

He added that the country is waiting to see people of Sheema stop the bad leadership by voting FDC in the Sheema election. Dr Besigye advised the people of Sheema if they ever get money offers from the NRM, to take it but vote wisely later. “For us in Rukungiri Museveni brought bags of money, trucks, motorcycles but people received them and voted wisely,” Besigye said.

Ms Mugyenyi said: ‘’We have had bad seed planted in our district of failing young people from leading our district so I want to request all of you whether catholic, Anglican and Muslims to vote for me so that we can make Sheema great again’’ said Virginia

She added: “Sheema has been divided along religious lines and I want to make sure that I bring back all the people together after all I will not only lead one religion but rather the people of Sheema.”

Mr Lukwago said for Dr Elioda to contest in another constituency he is still a sitting MP is a high level of greed.

‘’The rest of the country is shocked for what is happening in Sheema because of the greed that Elioda has portrayed. So we are waiting for you to vote Virginia to take up the leadership of Sheema municipality. So when Elioda comes here tell him that please take away your stupidity we do not want to make fool of us,’’ Lukwago said.

Seven candidates in the race for the election that will take place on July 19. They are Ms Mugyenyi (FDC), Dr Tumwesigye (NRM), and Independents Mesarch Katusiime, Ambrose Mwesigye, Jonas Tumwine, Raymond Akankwasa and Ben Ruyombya.