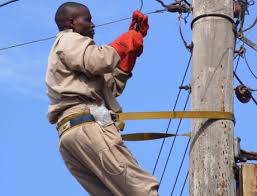 KAMPALA– Power distributor Umeme is demanding a total of Shs135 billion from several government ministries and agencies in form of unpaid power bills, with the Ministry of Defence ministry heading the list of defaulters after failing to remit Shs70 billion.

The revelation is contained in a report tabled before Parliament’s Committee on Commissions, Statutory Authorities and State Enterprises (Cosase).

According to the report, UMEME has failed to pay the Uanda Electricity Transmission Company Limited (UETCL), which in turn defaults on payments due to power generation companies and to the Rural Electrification Agency.

As a result, UMEME has proposed that all government agencies begin using pre-paid meters.

Umeme’s profits for the year 2017 dipped by 73 per cent, thanks, in part to government’s continuous delay (refusal) to pay money accumulated in utility bill.

The delay, as a result, forced Umeme to temporarily write off about Shs115.2b in bad debts largely incurred by government ministries, departments and agencies.

Umeme has lately been in the news with President Museveni, castigating the company for failing to bring down the cost of electricity.

In a letter to Energy minister, Irene Muloni, President Museveni, wondered why electricity consumers were still paying for losses, which he indicated should have been eliminated after a period of time.

The company’s power losses currently stand at about 17 per cent down from 38 per cent when the company took over about 15 years ago.