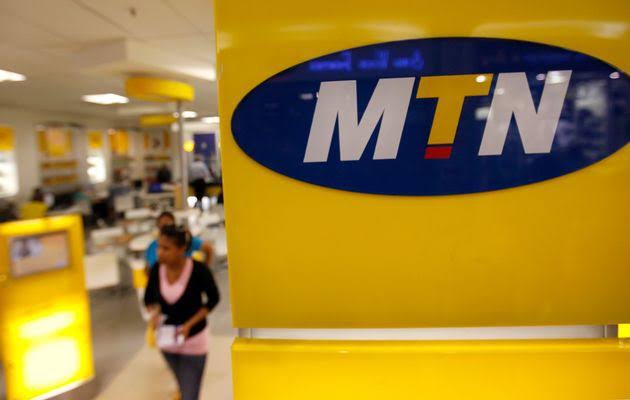 KAMPALA – MTN Uganda, the giant telecommunications network could lose billions of shillings in a new commercial suit at high court in Kampala.

This follows a case in which a leading value-added service company has dragged them to high court seeking compensation of Shs24.5 billion for illegally taking over their database and expiring their databases of mobile phone numbers that they spent 8 years compiling.

Through their lawyers Akampumuza & Co Advocates, SMS Empire has slammed a Shs24B suit on telecommunications giant MTN Uganda over an alleged breach of contract.

SMS Empire Ltd further alleges that MTN has been sending monetized content to phone numbers which initially belonged to their databases.

In a suit filed before the High Court in Kampala [Miscellaneous cause no 104 of 2018], SMS empire Ltd claims that MTN Uganda has grabbed their data base, business and withheld payment of about Shs3 billion that was supposed to be paid to them for the services.

“SMS Empire Ltd claim against MTN Uganda and UCC jointly is for an order of engaging in and supporting activities breaching national and citizen’s security which amounts to treasonable offence under the penal code contrary to SEC 36 [2] of the UCC Acts and in alternative damages for breach of contract,” reads notice of notice dated 11 May.

SMS Empire accuses MTN of breach of contract and they allege that MTN arbitrarily amended their terms of contract and engagement by introducing farcical monthly fees of up to Shs 5 million (about $1,380).

The suit does not sound well since communications regulator, UCC, recently announced that MTN would be applying for renewal of its license for another 10-years and invited the public object and unfurl MTN’s misgivings ahead of UCCs evaluation report released February 2018 ahead of a public hearing on the same matter.

This comes barely a month after MTN came in the spotlight again when an association of VAS providers has petitioned the President, the parliament and UCC to investigate MTN Uganda on several allegations of violating contracts, anti-competition, under-declaring revenue, and withholding payments to companies.

According to economists, this could push the Telecom giant MTN Uganda troubled into deeper financial crisis.

Mr Mutsibika Silva Musubika, the director of SMS Empire said while executing their work, they fully obeyed the guidelines, conditions in the agreement and that they would later also pay MTN and taxes to Uganda Revenue Authority.

“Ever since MTN arbitrarily took over our data base in December 2014 allocated to us by UCC to provide SMS services, they have been using it illegally and thereby causing us to suffer loss, mental anguish for being unemployed and damages,” said Mr Mutsubika.

He explained that on top of this, MTM also withheld their Shs 3billion that was supposed to be paid to SMS fame media empire Ltd for the services rendered.
When contacted for a comment, the MTN Uganda public Relations officer Mr Anthony Katamba said he is aware of SMS Empire and that there is a suit that has been on-going over the alleged breach of contract.

SMS Empire (U) Ltd is located in Kampala, Uganda and prior to the grabbing of their Database by MTN Uganda was working in Advertising, SMS marketing, Communications, SMS services business activities etc.

SMS Empire (U) Ltd is located in Kampala, Uganda and prior to the grabbing of their Database by MTN Uganda was dealing in sending bulk messages [SMSs], News, Software development, content subscription management, SMS2 phone messages, corporate partnerships and advertising government programmes in various ministries.

Through his lawyers Akampumuza & Co advocates Mr Mutsubika says that MTN has committed serious and repeated breaches of the licence conditions, fraud, engaged and supported activities breaching national and citizens security which amounts to treason under the penal code contrary to S36 [2] of the UCC Act.

“Take notice that of 4 July 2018 at 3.000clock in the forenoon or soon thereafter as the case can be heard counsel for the client named applicant and will move this honourable court for the following client’s by way of judicial review,” reads the suit in part signed by high court in Kampala.

Court documents seen by PML Daily indicate that upon grabbing the data base when the SMS Empire Ltd complained to UCC, UCC later discovered that the data base was being illegally used by MTN without licence but did nothing to rectify the matter.

The SMS Empire Ltd asserts that due to the continued illegal use of the data base by MTN, their business has suffered severe financial losses since December 2014 to date for which the two entities [MTN Uganda and UCC] should be held accountable. Court has not set the date for hearing the case on 4 July 2018.

Dr James Akampumuza, a lawyer and lecturer said lack of an explicit national competition policy and regulatory agency has given telecom players the gap to collude into veritable gangs of giants; charge high interconnection fees to new and small market entrants, abuse agreements and contracts with SMS Empire Ltd.