BUGIRI: Kyaddondo East MP Robert Kyagulanyi Ssentamu is adamant he has picked the right choice by breaking ranks with the Forum for Democratic Change and Dr. Kizza Besigye to support JEEMA’s Asuman Basalirwa in the Bugiri Municipality polls slated for July 10.

In statement after he had campaigned for Mr Basalirwa issued on Wednesday night, Mr Kyagulanyi commonly known as Bobi Wine said:

“Some people will be shocked to learn that I did not know Asuman closely before”.

He added: “But anyone who has been following the politics of our country knows what counsel Basalirwa’s contribution has been to this struggle and what he is capable of. Right from the time he was Guild President at Makerere, Basalirwa has been on the side of Uganda,” the MP wrote. 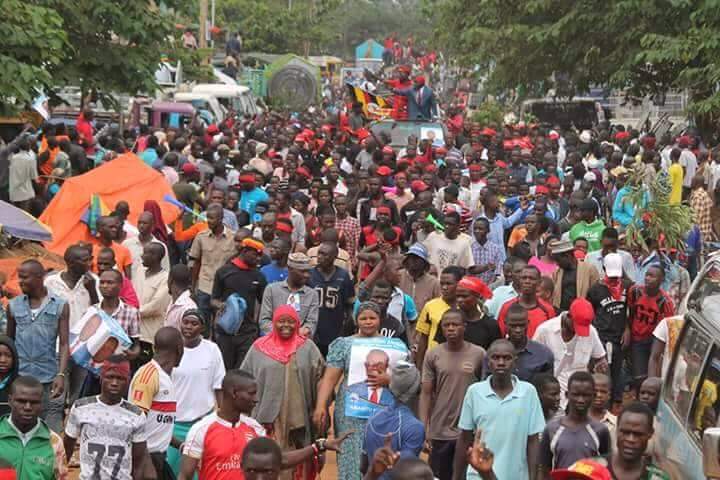 Mr Kyagulanyi added that Basalirwa has been arrested and jailed countless times fighting against injustice.

“We have seen him crisscross courts of law- from the lowest to the highest, defending opposition leaders, representing activists and arguing the case for good governance and human rights for all,” Mr Kyagulanyi said, concluding Basalirwa was the right candidate for the job and that the Opposition needed to show desire for unity even when faced with the most difficult of choices.

The Opposition FDC and JEEMA have failed to reach consensus on a single candidate for the July 10 polls leading to bickering among many opposition figures with the FDC choosing to back the party candidate Eunice Namatembe.

In 2016, Mr Basalirwa, vied for the Bukhooli North parliamentary seat but lost. However, he had garnered the highest number of votes in Bugiri Municipality which has been carved off Bukhooli North, which gives him a big chance.

Bugiri Municipality, which was curved from Bukooli County has four Wards namely; Naluwerere, Nkusi, Ndifakulya and Bwole – with 27 Villages in total. The election is set for July 10. 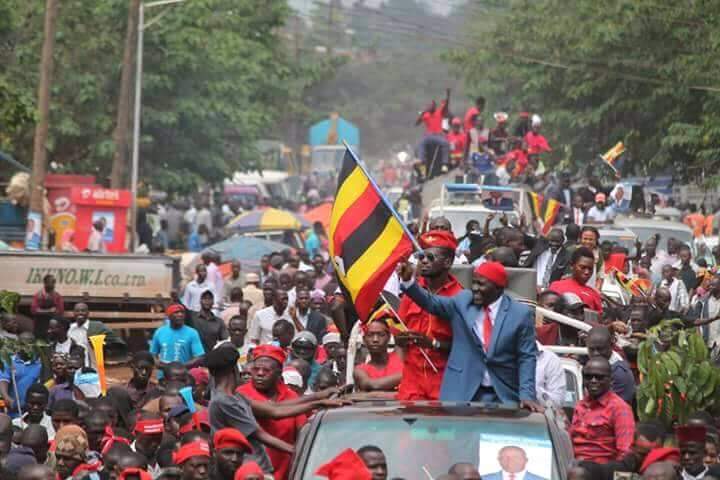 ——–Full Statement——-
WHY AM I ENDORSING COUNSEL ASUMAN BASALIRWA?

Dear friends,
A few people have been asking me why I decided to endorse Counsel Asuman Basalirwa in the upcoming Bugiri Municipality MP elections. Let me use this opportunity to explain why.

First of all, let me remind us all of the nature of struggle we are involved in. I have at all times said that we need a united force to fight and defeat dictatorship in Uganda. The struggle we are involved in is not a struggle of political parties, religions or tribes. It is a struggle to liberate our motherland from the chains of corruption, bad governance and dictatorship. It is not a personal war and none of us should lay claim on it. It is a battle between the people of Uganda and a small clique of people who continue to impose themselves and oppress our people.

Therefore in this struggle, we need to try as much as possible to unite all the forces of change to fight a common enemy. Not a personal enemy- but the enemy of the progress of our nation!
And so, just like we did in the recent elections in Jinja and Rukungiri, I had hoped that we would all unite behind one candidate in Bugiri Municipality because we have seen it work elsewhere. This is because my belief is that the every first step towards emancipating our nation is UNITY.

Surprisingly the citizens seem to be ahead of us leaders, in understanding this simple fact. Wherever I have gone, people have been clear that they want to see a united team fighting for them. Therefore, that was our initial prayer and effort with regard to the Bugiri election. Unfortunately for some reason it failed.

Although it is never too late, as it stands we have two candidates on the opposition side- Counsel Asuman Basalirwa and Ms. Eunice Namatembe. Having come to the cross-roads, we needed to make a decision. The question was, what is the right thing to do? If our overall objective is to liberate our country from dictatorship as soon as possible, on which side must we stand?

I must confess that it was a tough decision because Eunice Namatembe is a freedom fighter like the rest of us. She is also on the side of liberation and I would support her at any point if the circumstances did not raise the kind of conflict they have raised.
However, I felt more compelled to stand with Counsel Asuman Basalirwa and I fully endorse him without reservation. Looking at all factors, I am persuaded that a win for Basalirwa would be a great addition to our overall objective of emancipating Uganda.

My conscience is very clear that we need Counsel Basalirwa to win this election. We must stop looking at these elections as mere events, or simply as opportunities for people to get jobs. These elections symbolize resilience. They must be viewed as the fire that reignites the liberation struggle. For we have seen that our problem today is not just that we have many bad leaders. No. In fact, the bigger problem is that we have many leaders who know what is right and what is wrong, but they choose not to say it or stop the wrong because they are afraid of the consequences. To break that, we need tested men and women on the frontline. We need people who will stand and be counted. Asuman Basalirwa is such a man.

Some people will be shocked to learn that I did not know Asuman closely before. But anyone who has been following the politics of our country knows what counsel Basalirwa’s contribution has been to this struggle and what he is capable of. Right from the time he was Guild President at Makerere, Basalirwa has been on the side of Uganda. He has been arrested and jailed countless times fighting against injustice. We have seen him crisscross courts of law- from the lowest to the highest, defending opposition leaders, representing activists and arguing the case for good governance and human rights for all. In 2016, we saw him aggressively argue the presidential election petition.

He has been a regular visitor at different police stations all over the country to secure bond for political prisoners and to protest against illegal detentions. He has done these things countless times without even charging legal fees. We have seen him campaign zealously for progressive candidates so many times. He has stood with our comrades in the struggle regardless of their political affiliations! Asuman has been there for FDC, for UPC, for DP, for JEEMA, for CP, for Go forward and yes for Uganda. He has been there for us and my conscience tells me that we should be there for him.

Basalirwa believes that young leaders have a role to play in shaping our nation. In 2010, he was elected youngest Party President in Uganda’s history at 33. I feel very proud to identify with such a man! We must desist from being petty. When necessity calls, we must be willing to put aside personal ambitions and party or other differences and work for the greater good of our country. If our aim is indeed to change Uganda for the better, let us walk this talk for the sake of our people and our nation.
And that is why I pledge that when duty calls I will answer, guided by one principle- whoever is for Uganda is an ally. Whoever is against Uganda is a foe. Period!

I therefore request the people of Bugiri to support Asuman Basalirwa in every way so that we quicken our mission to free Uganda. I will be personally there to campaign for this great son of the soil.

Finally, I leave you with two quotes. Martin Luther King Jr said, “There comes a time when one must take a stand that is neither safe, nor politic, nor popular, but he must take it because conscience tells him it is right.” Nelson Mandela said, “Any man who changes his principles according to whom he is dealing with- that is not a man who can lead a nation.” May these timelines words always inspire us to be true to good conscience and loyal to our principles at all times. God bless Uganda.
#UnityInDiversity
#PeoplePower