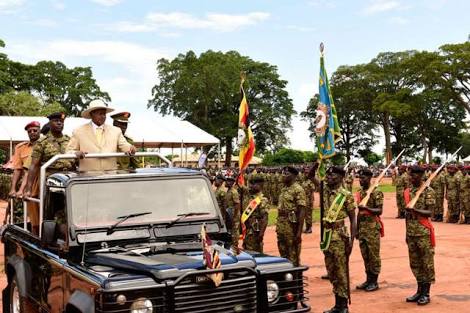 President Yoweri Museveni has said his government wants to bring in 200 medical doctors from Cuba to replace local ones who create crises in public hospitals whenever they go on strike.

The Ministry of Health is in advanced stages of bringing the doctors, with the first batch of 40 specialists expected in the country anytime soon. But the move has attracted criticism, with several groups saying the country’s problem is not shortage of doctors but poor pay.

But speaking at the Labour Day celebrations in Sembabule District on Tuesday, the President said he was prompted to bring the doctors because the local ones acted unprofessionally by going on strike last year.

“I wanted to bring Cuban doctors because our own doctors behaved very badly and unprofessionally. They tried to incite their fellow doctors to leave patients to die but they failed. When we were under that blackmail, I said I can’t take it, I’d rather bring in Cuban doctors to replace these doctors,” he said.

The proposal to bring in Cuban doctors came up at the height of the doctors’ industrial action last year. However, during debate in Cabinet, some ministers opposed it, arguing that it would not be tenable in the long run.

And on Tuesday, the President confirmed that he was advised against importing the Cuban doctors during the strike by doctors under their umbrella body, the Uganda Medical Association (UMA).

The President also argued that there was no justification whatsoever for the doctors to abandon patients over pay.

“A doctor who goes on strike isn’t a doctor; he is an enemy. I was restrained by some people, I actually wanted to go back to the bush. I, therefore, don’t want to hear that nonsense,” Mr Museveni said.

“When one of the doctors got an accident, he was rushed to another doctor to work on him, what if he wasn’t worked on? Very selfish,” he added.

The President was referring to Dr Ekwaro Obuku, who was in December attacked by suspected thugs at the gate of his home in Kitikifumba, Kiira Division, at about 11pm.

Government will pay each Cuban doctor about $1,500 (about Shs5.4m) per month, yet a local senior consultant doctor will get Shs4.5m per month. Data from the Uganda Medical and Dental Practitioners Council indicates there are 5,226 doctors in Uganda, with 3,000 of the doctors and dentists licensed to practice.

Official records show that the government, as of July last year, had 1,477 doctors on its payroll, but the annual health sector performance report for Financial Year 2015/2016 indicated that there 1,109 vacant positions for medical doctors with filled staff level standing at 49 per cent.

EX-Minister Muloni blazing the trail for her Bulambuli seat