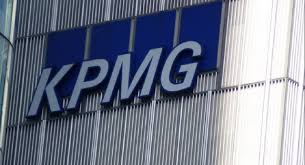 Two of the auditing firms shortlisted by the  Auditor General to examine Bank of Uganda operations in relation to the now controversial sale of Crane Bank to dfcu Bank have been pinpointed as ineligible.

In the restricted bidding process, the AG asked five audit firms to  pick the bidding documents, to compete for one to be picked to work with a team of forensic experts from his office to investigate Bank of Uganda.

The AG team will be led by Mr James Bantu, the director for forensics.

However, both KPMG and PwC have run into an early storm after being pinpointed as having conflict of interest, having been clients of the defunct Crane Bank, which is a subject of the investigation.

Both KPMG and PwC have also been BoU auditors and have previously worked as auditors for Crane Bank.

BoU used the report as a basis to file a case against city property mogul Sudhir Ruparelia. The case is pending hearing in the High Court.

It has also emerged that KPMG and PwC have come under fire in other countries over shoddy works.

Early this year, the Securities and Exchange Board of India (SEBI) banned all the firms in the PwC network from auditing listed companies for two years citing fraudulent dealings. The story was widely reported in international media.

In South Africa, KPMG LLP has been under increasing pressure over work done for the wealthy Gupta family, with Finance Minister Malusi Gigaba calling on all government entities to review work with the auditing firm.

Late last year, an influential business lobby group suspended the company’s membership and the governor of the central bank said it was concerned that KPMG’s internal standard controls weren’t of an acceptable quality.

KPMG, one the world’s so-called big four accountancy firms admitted that work for the Guptas fell short of acceptable standards.

In December 2017, the Commercial Division of High Court in Kampala prohibited two law firms David Mpanga of AF Mpanga advocates and Timothy Masembe Kanyerezi of MMAK advocates from representing Bank of Uganda in a case where tycoon Sudhir is accused of siphoning about Shs397b from Crane Bank, which eventually led to its collapse.

The lawyers were disqualified for having a conflict of interest between Sudhir Ruparelia and Crane Bank.

Before the two law firms were employed by Bank of Uganda, they provided legal advice to Crane Bank, which was owned by Mr Ruparelia.

In the process of representing and advising Crane Bank — Sudhir argued that became aware of confidential facts about him because of the trust that was involved.

Against the above background, analysts say the three audit firms in question don’t qualify to audit BoU.

The Auditor General’s expanded audit into BoU was prompted by petitions from former Crane Bank and employees of the central bank regarding Shs200b allegedly sunk into the defunct commercial bank.

Two whistle-blowers petitioned Parliament and the IGG calling for an independent audit into the agreement BoU signed with dfcu Bank.

In one of the petitions, the former Crane Bank shareholders allege that they were excluded in the negotiations of the bank’s sale contrary to provisions of the Financial Institutions Act.

They also argue that the agreement does not state the value of liabilities or assets taken over by dfcu.