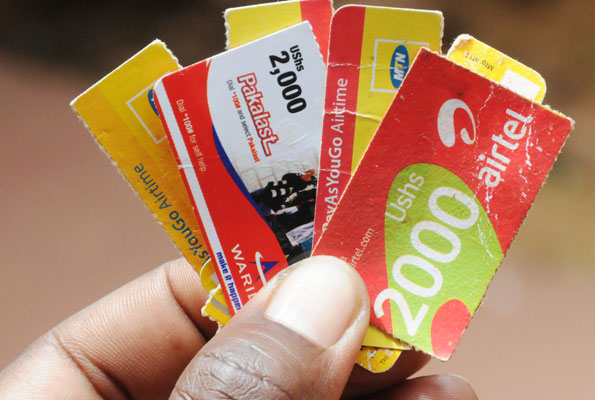 The Uganda Communication Commission (UCC) together with telecommunications operators have agreed to phase out airtime scratch cards by June 30, 2018.

This comes hardly a month since the communications regulator banned sim-card vending.

According to a statement issued by UCC executive director Godfrey Mutabazi, the position was reached at in a meeting between telecommunications operators and UCC on March 19, at the commission’s headquarters in Bugolobi, Kampala.

He noted that they agreed to replace airtime scratch cards with the use of electronic airtime.

“.. at this meeting it was agreed that all telecommunications operators would phase out the use of airtime scratch cards and commence electronic airtime,” read in part the statement.

He also directed all communication operators to submit details of current scratch cards including those already on the market for further planning.

However, he warned Telecoms that all airtime cards on the market must have ceased being sold, and importation of more airtime scratch cards past the set deadline will not be allowed by the commission.

Last year, Mobile phone operators issued alerts to customers not to pay extra fees than the face value stated on scratch cards. This was after customer complaints that the price of airtime scratch cards had been increased.

Customers were being asked by retailers to pay between Shs200 and Shs500 more than the price printed on scratch cards.
MTN senior manager corporate affairs Justina Ntabgoba-Kayemba issued a statement saying: “…we inform our customers and the public that MTN has not increased its airtime prices. Those who sell airtime at over charged prices do so illegally.”

Mr Henry Kimera, the executive secretary at the Consumer Education Trust, a consumer protection organisation in Kampala, told a local newspaper in a survey they have carried out that airtime pricing issues mainly affected people from upcountry. 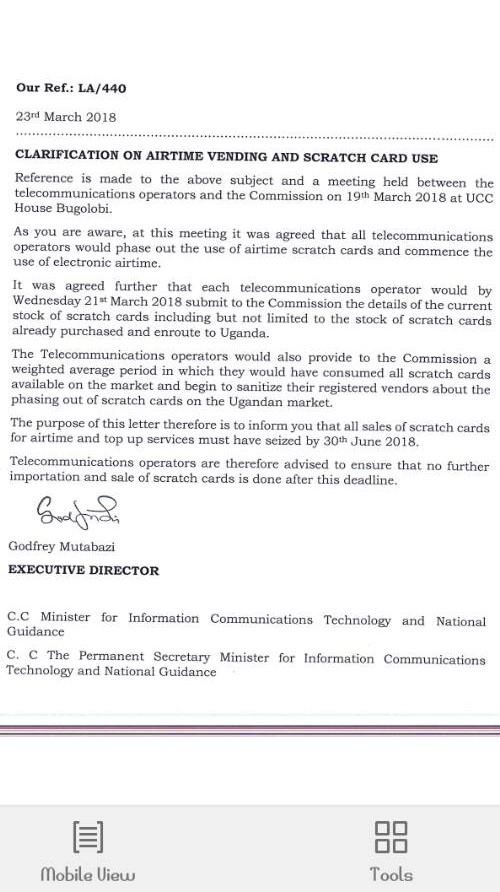