The SPLM Youth League in Uganda has accused the United Nations Mission in South Sudan (UNMISS) of planning war against President Salva Kiir’s government after a UN car loaded with guns and ammunition was intercepted with weapons.

The National Security on March 2 apprehended a UN car loaded with guns, ammunition and military equipment. The lady, who was in charge of the car, confessed the items belonged to Doming Ruiz, a security officer, who was recently deported to USA. Security said Doming was connected to rebel Joseph Bakosoro, who is now residing in USA and is currently in Uganda mobilizing for war in Western Equatoria as part of new rebel alliance.

And the chairperson of the SPLM Youth League in Uganda, Mr Deng Deng Akuei Jr, says the action tantamount to arms trafficking, smuggling and support of subversive activities against the government.

“It is vehemently a contravention of basic international laws and various arms treaties regulating arms trade and proliferation to which the UN/UNMISS is signatory to,” Mr Akuei said in a March 4 statement.

He also accused UNMISS of losing legitimacy in connection to recent sex abuse allegations against UN peace keepers in the country. Forty-six UN peacekeepers from Ghana were last month recalled from their base in north western South Sudan following allegations of sexual exploitation of women sheltering at the site.

“The SPLM Youth League in Uganda laments, abhors and strongly condemns unsavoury acts of sex slavery, trafficking, forced prostitution and rape that amounts to acts against humanity as reflected in Article 7 of the Rome Statute,” Mr Akuei said.

He called on the International Crimes Court to investigate the allegations.

“On record, UNMISS has lost credibility and persistently continued to prove to be neo-colonialists in sheep’s clothing and unfit partners in south Sudan stability and reconstruction,” he said.

However, UNMISS has distanced itself from the claims. The South Sudan National Movement for Change (SSNMC) also denied that it apprehended the UN car loaded with military equipment with connection to its chairman Bakosoro.

“We strongly believe this allegation is unfounded and a shoddy and despicable propaganda by a government that has failed all milestones of a moral and trustworthy leadership/government, but has instead brought disgrace onto its people of good repute,” it says.

UN Secretary-General Antonio Guterres has vowed to toughen the UN response to allegations of misconduct in the war-torn country.

The UN said it has 17,000 peacekeeping employees from various countries, including 13,000 soldiers and 1,500 police, in South Sudan. It has 7,000 troops and 900 police in its UNMISS mission, while some 200,000 South Sudanese are sheltering at UN sites protected by UNMISS peacekeepers.

The world’s youngest nation, which achieved independence from Sudan in 2011, fell into war in December 2013 when President Salva Kiir accused his former deputy Riek Machar of plotting a coup. 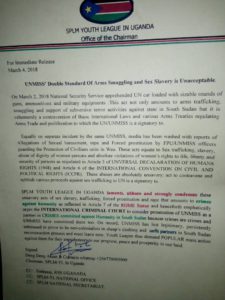 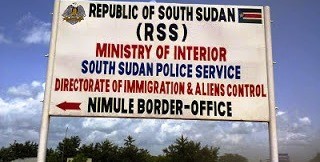 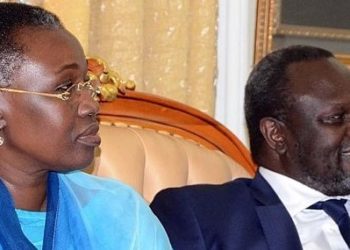 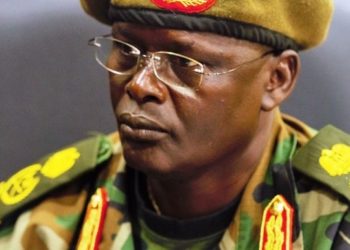