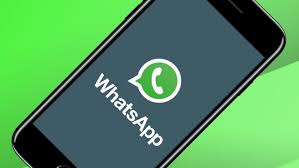 President Yoweri Museveni has directed the Ministry of Finance, through the Uganda Revenue Authority, to begin levying tax on airtime and social networking sites such as Twitter, Facebook, WhatsApp, Skype and Viber and accused the responsible agencies of lack of seriousness in identifying tax sources to boost the country’s economy.

In a March 12 letter to Finance minister Matia Kasaija, the President also called for taxation of rental buildings and houses, describing as scandalous the level of tax avoidance in the housing sector.

In calling for taxation of social networking sites, Mr Museveni argued that the country loses a lot of revenue in the telecommunication sector through uncollected excise duty and accused telephone companies of dodging tax through under declarations of voice calls and data.

“The big losses on telephones are in three areas; not collecting excise duty on airtime and only collecting VAT; missing many calls because you depended on under declarations by telephone companies and not taxing voice conversations and other non-educational communications via the internet (via WhatsApp, Facebook, etc) . Why not put excise duty on airtime?” the President’s letter reads in part.

“On the issue of the so-called “over-the-top platforms (OTTs)” such as Twitter, Facebook, WhatsApp, Skype and Viber, etc, if were to introduce a small fee of Shs100 per day from SIM cards used by these OTTs, this would generate about Shs400 billion additional revenue. This does not include undeclared calls and data by telephone companies. This could be a magnitude of $400 million per year,” he adds.

However, the President said the tax should not extend to internet use for educational research or reference purposes.

“I am not going to propose a tax on internet use for educational research or reference purposes. These must remain tax-free. However, Olugambo on social media platforms (opinions, prejudices, insults, friendly chats and advertisements by Google and I don’t who else, must pay tax because we need resources to cope with the consequences of this Olugambo,” Mr Museveni said.

On rental tax, the President decried the level of tax concealment in the sector and asked the responsible agencies to a record of all commercial rental units in the country.

“The tax concealment in this sector is very scandalous. With genuine plots, we have cases where a property of 3107 Square meters, at the rent of $17 per square metre paying both VAT and income tax of Shs812m. How many such properties do we have in Uganda and where are they? Why should we only collect Shs50 billion as tax on rentals? This is unacceptable,” he said.

The President said these measures will increase the taxation base.

Out of the estimated Shs29.274 trillion budget, Uganda Revenue Authority (URA) is expected to collect Shs15.5 trillion, of which Shs15.1 trillion is tax revenue and Shs418 billion is non-tax revenue. If approved, URA’s target will be Shs500bn higher than the 2017/18 budget.

Like it has been in recent years, the government is not about to stop borrowing.