As candidates traverse Jinja East Constituency in a bid to win the Parliamentary race next week, issues like poverty, high unemployment rates and the Kyabazinga factor, remain unaddressed.

The by-election, to the Opposition and the ruling NRM party, is going to be seen as  a litmus test to whether lifting the Presidential age limit was popular or not.

This is the first by-election to be conducted ever since the 317 NRM legislators passed the Bill to lift the Presidential age limit.

Therefore, the major political parties, NRM and Forum for Democratic Change (FDC) bank on about 29,000 votes, to prove to the country next Thursday, that they had genuine cause to pass the Bill.

The ruling NRM party is fronting Nathan Igeme Nabeta, while FDC has Paul Mwiru. The Court of Appeal recently threw out Nabeta from Parliament after cancelling his February 2016 Parliamentary victory. The Court said the poll was not conducted in accordance with the law, ordering the Electoral Commission, to organize fresh elections.

This time, all  Opposition parties decided to back FDC’s Mwiru, to tussle it out with Nabeta. Democratic Party leaders like Kenneth Paul Kakande, Alex Waiswa, Muwanga Kivumbi and Betty Nambooze have since the campaigns started, been seen conducting door-to-door campaigns for Mwiru.

Democratic Party leader Norbert Mao is convinced that the Opposition will recapture the seat from the NRM’s Nabeta. “I have decided to support Mwiru because of his contribution he made in Parliament,” Mr Mao explained. 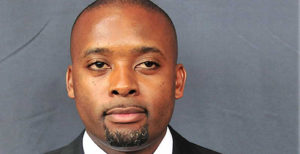 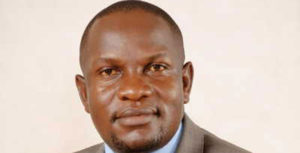 Some analysts view the Jinja by-election as a golden opportunity for politicians like Dr Kizza Besigye, the former FDC leader, to rally the nation towards their political struggle.

“You know very well that the police don’t allow them to organize rallies. Whenever, there is by-election in the area, Besigye and his group are in business. I have been following their campaigns and their rallies, their message is about removing President Museveni from power but not how they plan to solve local issues, ” an analyst said.

Crispin Kaheru, the Coalition for Electoral Democrcy, CCEDU, coordinator has a different view. He thinks politicians are ignoring local issues because the overbearing external factors that have pervaded the country in general at this moment in time.

“We are in a charged political context characterised by the just passed age limit law, the anticipated referendum on the length of tenure of the presidency. These issues are compelling to the population and are bound to steer the campaign discourse away from issues peculiar to Jinja East Constituency. But in any case the voters in Jinja East also hold the national political issues at hand in close and high regard,” Kaheru argues.

When Besigye was soliciting votes for Mwiru on Thursday in areas of  Masese I village and Walukuba, he  urged the hundreds of electorates to vote for  Mwiru as a way of liberating the country.

“Iam urging you not to treat the by-election as not for Mwiru only , it is for liberating the country because NRM wants to use Jinja as an example to the whole country that all Ugandans supported the lifting of the age limit if they win this by-election,” Besigye said.

By denying NRM victory, Besigye explained that Jinja East voters would have showed that Ugandans are annoyed with legislators, who amended the presidential age limit.

Two sources within FDC were surprised when they heard that Dr Besigye  was on his way to campaign for Mwiru on Thursday. According to the two sources, Mwiru openly criticized Besigye’s method of work, preferring to work with Gen. Mugisha Muntu, the former leader of FDC.

“Mwiru was on the taskforce, campaigning for Muntu, fighting hard to retain the party presidency. While Besigye, underground worked for Patrick Amuriat and his hand helped him to win. After elections, the two groups have been attacking each other. I don’t know who convinced Besigye to campaign for Mwiru,” a source revealed.

Defending his move to support Mwiru, Besigye said the FDC candidate is experienced in fighting corruption.

It’s not yet established whether after Besigye appeared in Jinja East, Muntu will also come. But his team assured PML Daily that Muntu will appear at the last rally.

“Gen. Muntu is briefed every day about the campaigns. He advises us, where we go wrong. He even convinced the MPs to financially back up Mwiru,” one of the legislators revealed.

Having won over 10 by-elections since 2016, the NRM party does not seem threatened by the Opposition strong force.

Lumumba told voters that President Yoweri Museveni’s desire for NRM supporters  is that they reconcile and work together to retain the parliamentary seat.

Court annulled Nabeta’s victory on grounds that the candidate connived with Elctoral Commission officials to falsify election results at Danida A-D polling station, which put Nabeta at an advantage in the February 2016 elections.

The court observed that the opening of the tamper proof envelope was done at a distance where Mwiru’s agents could not see. “With the existence of two different declaration forms with different results, one of them was falsified.”

On February 18, 2016, Nabeta emerged winner with 7,770 votes against Mwiru’s 7,635. But Mwiru objected to the results of Danida polling station, saying they were not correct.

In the polling station in question, Mwiru says he attained 226 votes while Nabeta got 187, as per the DR form he obtained from police.

This is second time Mwiru is challenging Nabeta’s election in court. In 2011, Mwiru challenged Nabeta on lack of academic qualifications and won the case. Mwiru was declared the MP for Jinja East.