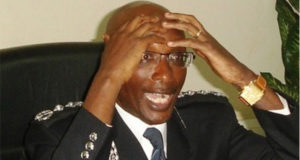 President Museveni announced the changes in a press release on Sunday evening. “In the Exercise of the powers vested in the President by Articles 113 (1) and 213 (2) of the Constitution of the Republic of Uganda, I hereby appoint General Elly Tumwiine as Minister for Security, Mr. Okoth Ochola as the Inspector-General of Police and Brigadier Sabiiti Muzeei as the Deputy Inspector General of Police.

Generals Tumukunde and Kayihura have been embroiled in battles over the past few months.
The appointment of the three new faces to run the security of the country caused mixed reactions among social media commentators,  who immediately took to different platforms, expressing relief that a long-awaited declaration had been made.

Commentators attribute their disappointment to the infightings that have rocked several security agencies, pitting the two generals, one against the other.

Is it personal battles?
Some commentators say Museveni removing both Tumukunde and Kayihura from their positions, indicates that the two have been fighting personal battles. “Museveni firing both of them, shows both were not ready to work as a team. And I think he tried to reconcile both of them but he failed. Tumukunde has openly been punching holes in police operations,” a facebook commentator said.

At the peak of rampant killings in the country, Kayihura ordered his officers to stop sharing information with other security agencies.
Former presidential candidate Dr Abedi Bwankia thinks the President was justified in replacing both generals with more respected individuals.