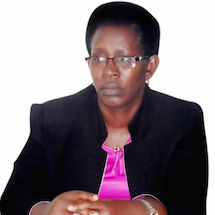 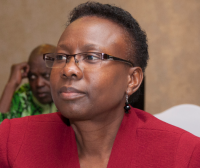 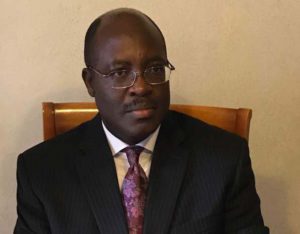 KAMPALA — The High Court has thrown out the recommendations of the Inspector General of Government that led to the removal of Prof. Anthony Mbonye from the position of Director General of Health Services at the Health ministry.

The Health ministry Permanent Secretary, Dr Diana Atwine, in November last year sought to remove Prof. Mbonye from the top most technical position in the ministry, citing integrity issues after the Inspector General of Government (IGG) Justice Irene Mulyagonja accused the medicines professor of conflict of interest when he determined the personal specifications for the position of the director general of health services, a position he was interested in and applied for.

But High Court Judge Henroyato Wolayo has on Wednesday, January 31, thrown out the recommendations of the IGG, saying it was unfair to block Prof. Mbonye from competing for the office of the Director General because there was no evidence of conflict of interest against him and that he had not been given a hearing before a competent authority.

“While the IGG was mandated to make findings after investigations, the finding that there was conflict of interest is not conclusive as Prof. Mbonye is entitled to due process before the authority mandated to enforce the code,” the Court said.

“It is fair that he be allowed to sit the interviews,” Justice Wolayo ruled.

The judge has quashed all the recommendations of the IGG, and ordered that Prof. Mbonye will sit the interviews for the Director General, unless the Health Service Commission defers the exercise.

The IGG’s probe followed whistle blower’s complaints, accusing Mbonye of conflict of interest. According to IGG, Mbonye was not fit to be shortlisted for the position, insisting that he should have relinquished his current senior position before applying for the job of director general.

The High Court had stayed the actions resulting from the IGG’s recommendations until the case was heard, but officials from the Health ministry led by the PS Dr. Atwine and Health minister Dr. Ruth Aceng, instead demoted Dr. Mbonye to a lesser position.

Mbonye, who is a professor of medicine and obviously more senior to Dr. Atwine and his minister in medical circles, petitioned court to help him secure his job after Dr. Atwine ordered that he vacates office, basing on the recommendations of the IGG. He says the whole matter was a witch hunt, because the two ladies have an inferiority complex and find it difficult to work with him, owning to his seniority in the medical profession.

Bobi Wine to campaign in Luweero, Nakaseke and Nakasongola